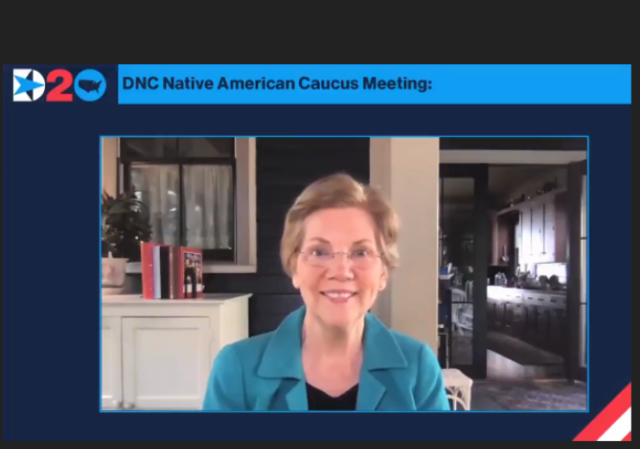 The Democratic National Convention is authentic. So authentic that Elizabeth Warren was one of the featured speakers at the DNC Native American Caucus today.

Seriously. Repeat after me: ELIZABETH. WARREN. IS. NOT. NATIVE. AMERICAN. 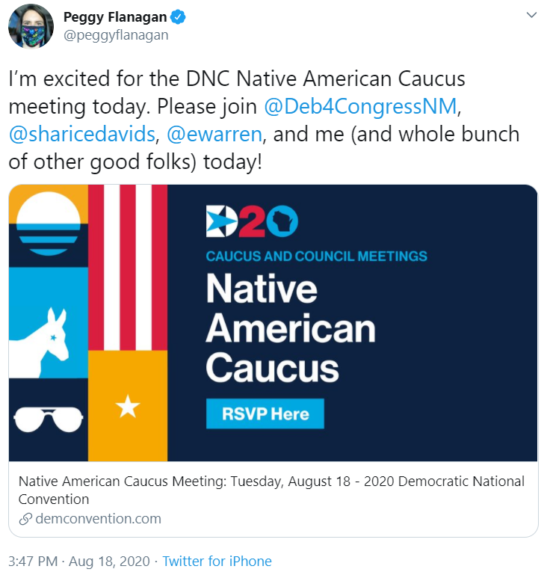 The reactions have been pretty much what you would expect. 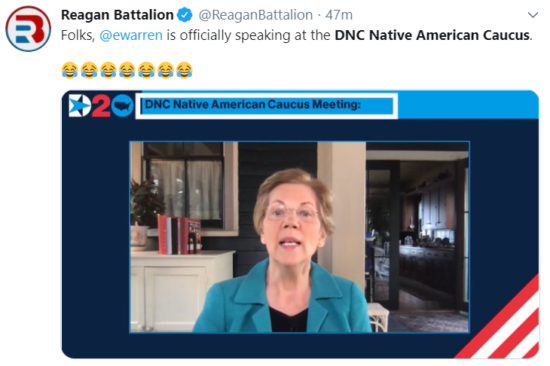 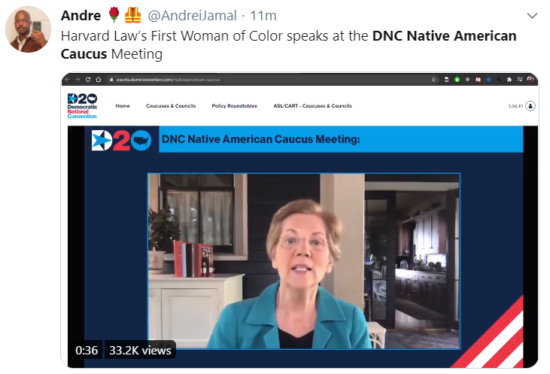 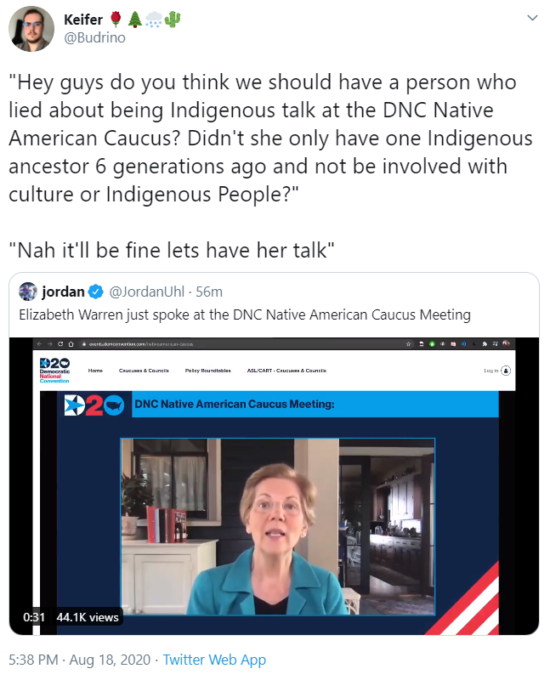 Lizzie, that horse died months ago. Quit flogging it.

On the page for Pow Wow Chow, Amazon helpfully informs us that Customers who bought this item also bought . . . wait for it . . . ” Confederate Camp Cooking.

Too bad Trotsky isn’t noted for any cookbooks.

However, the American Indians were not the first people to live in what is now the USA. They were at least the third settlers, with the first coming here possibly already 20,000 years ago.

So, if Native American means the first people to live in North American it does not apply to the current American Indians.

Was Warren wearing a feather while she pretended to be a Indian?