David Gibson died two weeks after the story aired. The price of defending the family’s name continues to be paid. 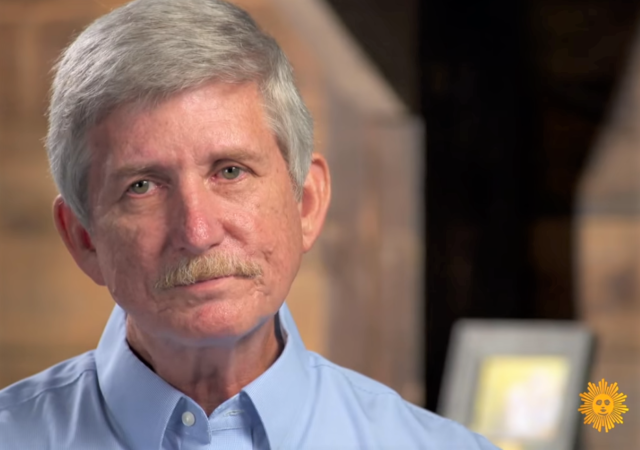 On November 3, 2019, I wrote about a CBS News Sunday Morning feature by Ted Koppel about Gibson’s Bakery, its owners, and the years-long struggle to obtain justice after being targeted by Oberlin College, its administrators, faculty, staff, and students. 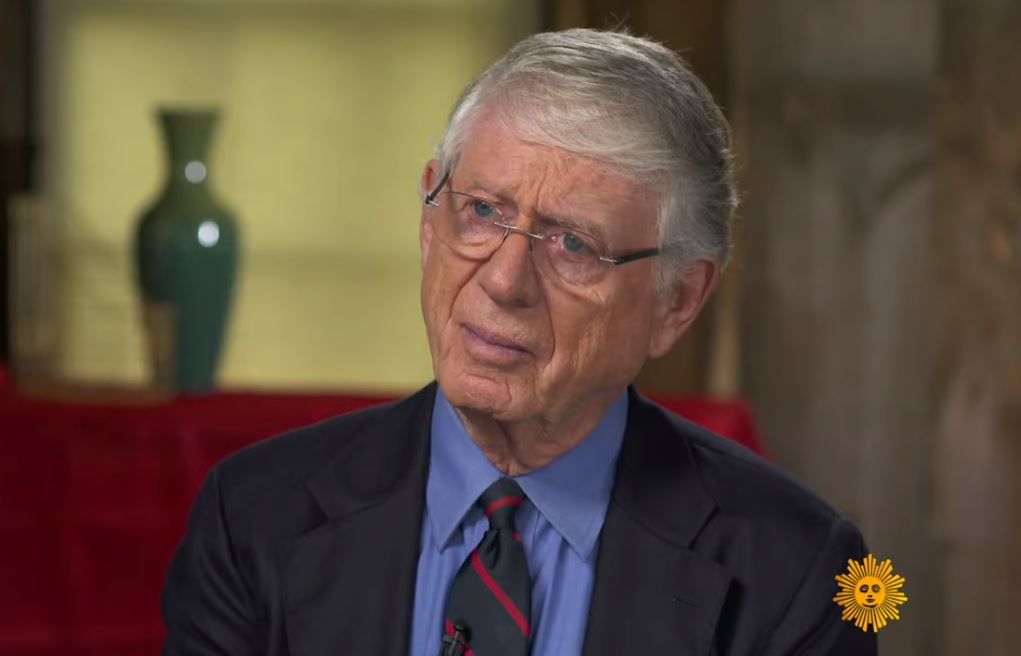 Koppel focused heavily on the post-trial targeting of the Gibsons, A protest against racism, and a $31.5 million defamation award.

KOPPEL: …. But to this day, the president of Oberlin makes allusions to a pattern of racist behavior, if not the specific incident that set things off three years ago.

AMBAR Well, the students pled guilty to the shoplifting. Um, there has been some debate about whether it was shoplifting or  false ID.

KOPPEL: It was both.

AMBAR: Right. Well, I think that, that one of the things that the college has always said is that the college has not, doesn’t condone shoplifting, doesn’t condone bad behavior by its students in any way, shape or form. But what led up to the protest, and I think that’s sort of kind of the core issue here, was some series of things that happened before. Some perspectives about people’s experiences in the store.

KOPPEL: Tell me about, tell me about those then. And be specific. What specific incidents are you referring to that happened before?

AMBAR: Right, well, I think that the specific incidents would be, the perception by faculty and students and staff and other people in the town that there had been disparate treatment with respect to people of color in the store. The way I would phrase it, kind of different lived experiences.

DAVE O’BRIEN: This is all basically anecdotal evidence that people …

KOPPEL: Dave O’Brien covered the trials for the local paper, the Chronicle-Telegram

O’BRIEN: People commenting on a, on social media saying I had a, um, I, I felt, I felt uncomfortable in there. I felt like I was targeted because of the color of my skin.

There was no evidence presented in court supporting the claim of a long history of racial profiling. There was an interesting portion when Ambar clearly was uncomfortable, when Koppel pressed her as to what her reputation was worth: 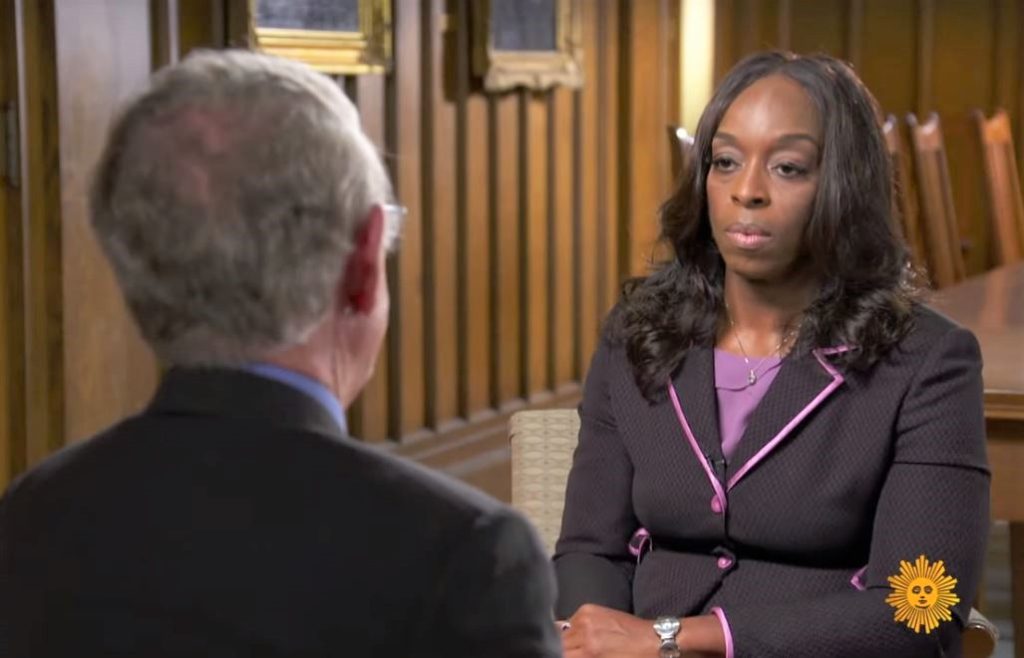 AMBAR: My reputation is important.

KOPPEL: It’s worth a lot, isn’t it? (Ambar shakes head Yes) I mean, if your reputation was destroyed overnight, you could hardly put a price on that could you.

Watch the WHOLE THING, it was well done.

Particularly watch the very end, when Koppel notes that David Gibson may not live to see a final result in the case.

David Gibson died two weeks after the CBS News story aired. He was able to see the story before he died, and was gratified that Koppel pushed back against Ambars’ comments.

The CBS News story now has been nominated for an Emmy Award: 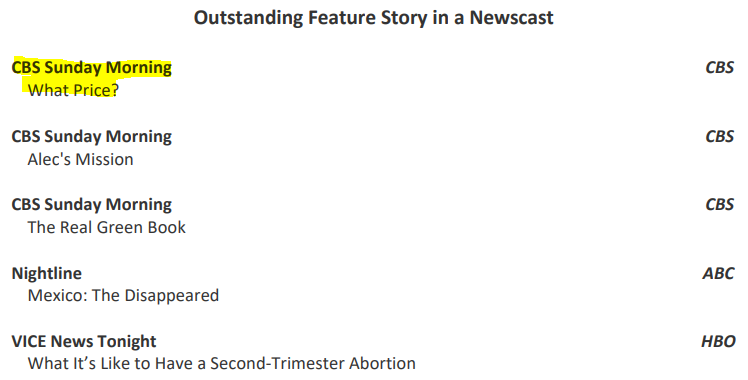 The Gibsons’ attorneys issued a press release about the Emmy nomination:

“The Emmy® award nomination is a testament to both the universal appeal of this case and the legendary reporting of Mr. Koppel,” said [lead trial attorney for the Gibsons, Lee] Plakas. “The CBS Sunday Morning feature provides an excellent, unbiased overview of the facts of this case — and serves as a fitting tribute to the life of David Gibson as he fought tirelessly to protect his family’s name and reputation.”

The segment includes the last television interview given by Gibson, who passed away on Nov. 16, 2019, after a brief battle with pancreatic cancer which he fought through during the six-week trial, although his illness was not disclosed to the jury.

The appeal of the verdict is pending. Media entities allegedly colluding with Oberlin College continue to seek to unseal the private Facebook records of Allyn D. Gibson, David’s son, who was not a party to the case and did not testify at trial.

The price of defending the family’s name continues to be paid.

We know that Oberlin disciplines some students for conduct. (Remember the men who have been expelled for sexual abuse.)

Oberlin should expect that their students to be ethical.

If anything, Oberlin should have disciplined the shoplifter for ethical reasons.

Instead, Oberlin wanted the crook to get a free pass.

I look forward to visiting the Oberlin Memorial Theme Park under its new ownership. I understand there’s a helluva great bakery section in their gift shop.

“Oberlin should expect that their students to be ethical.

If anything, Oberlin should have disciplined the shoplifter for ethical reasons.”

A while ago the Oberlin student newspaper asked students about whether they had shoplifted. Something like 35% had. The college suggested to Gibson’s that when a shoplifter was caught for the first time, he should be reported to the college rather than the police. They saw no problem with giving every student a free pass to shoplift until they got caught.

IIRC, that 35% included the author of the piece in the student newspaper.

On other news fronts, I experienced some dizziness on Monday afternoon (hot,sunny) and on Tuesday was admitted to the cardiology unit at OHSU for tests, and Tursday following yet another test will get a pacemaker. Those who know me and the fact that I am literally the “Toyota” of human beings were totally shocked that a) it happened to me in the first place and b) the idiopathic fiber bundle block has not yet killed me. I guess a strong heart will do the job even at 30 BPM! We will file this under “stuff that gets my attention.” That is all.

BTW, the “C” word hasn’t been mentioned at all.

Hang in there, and best wishes for speedy medical repairs. We need you to keep being a pain in the butt to our alma mater.

Best wishes for a truly speedy, and complete, recovery.

I have been through alcohol, divorce, and academic medicine. Anyone who wants to kill me is going to need some Kryptonite.