Cat Fight! AOC fights John Kasich to be voice of Democrats at Convention

Cat Fight! AOC fights John Kasich to be voice of Democrats at Convention

They are each calling the other an extremist. 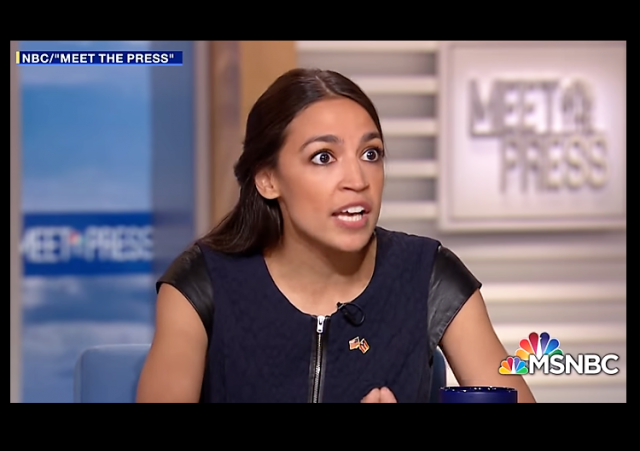 The Democratic National (Online) Convention is off to a great start.

AOC, relogated to a one-minute pre-taped statement, is upset that John “Pay Attention to Me” Kasich is getting more time. And Kasich is scratching back at AOC.

Shortly before both are slated to speak at the Democratic National Convention, Democratic Rep. Alexandria Ocasio-Cortez called John Kasich “an anti-choice extremist” in response to an interview in which the former Republican governor from Ohio criticized the congresswoman.

Kasich, who toyed with a 2020 primary challenge against Trump, told Buzzfeed News in a story published Monday that Ocasio-Cortez doesn’t represent the Democratic party and that her voice is exaggerated by the media.

“People on the extreme, whether they’re on the left or on the right, they get outsized publicity that tends to define their party,” said Kasich, who was given a prime time speaking slot during Monday night’s convention events. “You know, I listen to people all the time make these statements, and because AOC gets outsized publicity doesn’t mean she represents the Democratic Party. She’s just a part, just some member of it.” ….

This comes after Business Insider reported that Ocasio-Cortez will have just 60 seconds to speak at the convention on Tuesday evening. Many progressives are frustrated that a conservative like Kasich, and many less influential moderate Democrats, will get more facetime at the Democratic events than the uber-famous New Yorker will.

Ocasio-Cortez hit back at Kasich in a set of tweets on Monday, arguing that while she hopes Kasich convinces other Republicans to vote for Biden, he’s “an anti-choice extremist” and “is not a friend to workers.”

We can build bridges & not lose sight of our values.

It’s important to remember that Kasich is an anti-choice extremist. He 100% will (and has) signed away our reproductive rights the moment he has the opportunity to do so. He is not a friend to workers.https://t.co/7S8504VZcK

Don’t ya just hate when this happens?

Paraphrasing Kissinger – can they both lose?

That son of a mailman should just shut his yap. He’s an embarassment to all Buckeyes.