I’m sure it’s just a coincidence 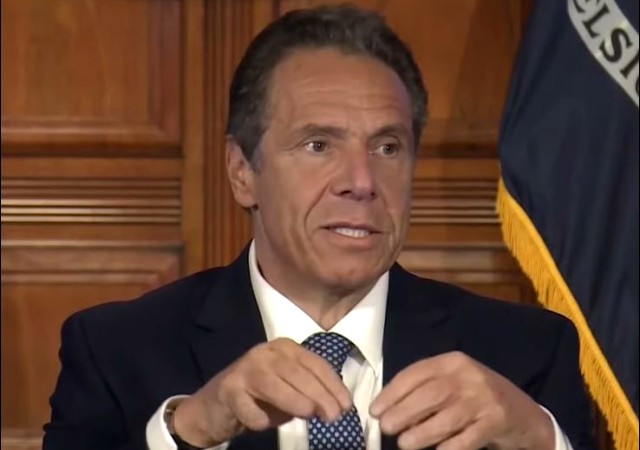 Abby Ehmann, the owner of East Village dive bar Lucky, has had her liquor license suspended a week after she started a petition calling for Gov. Andrew Cuomo to reverse the state’s new mandate that bars must serve substantial amounts of food with any alcohol purchase.

Ehmann says that two State Liquor Authority representatives visited the bar on Monday night at 8 p.m. to observe if the bar’s eight customers had ordered food with their drinks. After the visit, Ehmann received her first warning from the SLA on a piece of paper that did not list out the specific violations, she says. Shortly afterward, and with no further warnings, Lucky’s liquor license was suspended. Neighborhood news site EV Grieve first reported on the suspension.

“No other safety measures were inspected or questioned,” Ehmann says in an email. “Also, no other bars or restaurants in close proximity to mine received this inspection, causing me to believe that I was intentionally targeted for selective enforcement by the Governor and State Liquor Authority.”

In the SLA’s explanation of the suspension, the office stated that at Boxcar Lounge — the restaurant’s legal name — Ehmann admitted to serving customers drinks without food, and also said that the bar did not have a kitchen nor did Ehmann prepare food, “which has been a requirement of all licensed taverns dating back to 1964.” The SLA had already fined her $2,000 in 2019 for not offering any food from the bar’s premises — a next-door sandwich shop was selling to customers instead — so she bought a microwave to meet the SLA’s requirements at the time.

Ehmann had previously told Eater that she was not complying with the state’s “unfair” food mandate in part because she did not see how the new law sensibly promoted public health safety. Instead, through the petition, she was pushing for a new mandate that would simply require patrons to be seated with their drinks, which could potentially cut down on crowding.

“I exercised my First Amendment right by petitioning my government for a redress of grievances,” Ehmann says. “I believe that this same government has selectively enforced the law I’m working to change as retaliation.”

I’m not saying this is complete and total petty retribution, but it sure looks a lot like it.

And Cuomo wants New Yorkers who have fled to return? Bwaaaaaaaa!

I’m shocked, shocked, I tell you! Cuomo selectively enforcing laws? Never!
One wonders if the rich who have left the state were conservatives. Cuomo did, after all, say that they should leave the state. Perhaps they listened. Inquiring minds want to know.

Leftists who can afford two residences. And maybe vote in two states,

Cuomo for President! Then he can enslave the whole nation. He should be arrested for murder of the elderly in nursing homes.