‘Segregated Waves’: Now Surfing and the Ocean are Racist

‘Segregated Waves’: Now Surfing and the Ocean are Racist

“That’s threatening to a local… who feels this like deep entitlement because of their whiteness and their privilege.” 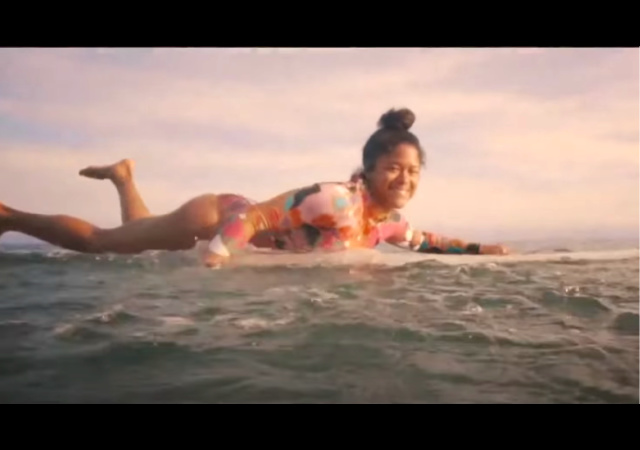 SF Weekly managed to ruin an interesting story about a woman trying to make surfing appealing to females, blacks, and indigenous people.

The weekly publication framed the story around racism instead of exploring these organizations women started to bring those people into the sport.

I understand the points Emily Zhang and those she interviewed made in this article.

But the framing. Zhang really took advantage of the social discord rumbling through America to paint white people, even today, as oppressors.

For example, Dionne Ybarra shared how her Mexican-American family only went to the beach on July 4th. She took swimming lessons, but her mother always made her wear a life jacket.

Ybarra took up surfing in her 20s. She founded The Wahine Surf Project in 2010, which “aims to get more young girls of color out in the water.”

She learned through the project while working parts that she realized “that the fear of water her mother exhibited — and a culture of not going to the beach — is common in communities of color.”

Chelsea Woody co-founded Textured Waves, which is an organization for women of color surfers. Her reasoning makes sense, but again, it’s all about “America’s history of systemic racism” that has helped keep “people of color from taking up water sports.”

How about instead of concentrating on the past we look towards the future? I guess not:

“Segregation laws of this country really restricted who could participate in leisure activities and zoning laws with who could buy land in certain areas and coastal towns,” Woody explains.

The California Land Act of 1851 pulled sprawling ranchos away from Mexican owners and handed them over to white settlers. Pools and beaches were segregated during Jim Crow, effectively prohibiting Black people from public access. A 2014 CDC study found that Black American children were up to 10 times more likely to drown than white children.

“I think the lineup is really just an extension of colonialism,” says Kyla Langen, co-founder of San Francisco based Queer Surf.

Mira Manickam-Shirley, another surfer, claimed: “that racial disparities in wealth, as well as the history of housing discrimination and access to loans, all play into who lives by the beach now.”

She said: “If you go and look at a lot of housing covenants in coastal properties, contracts about the sale of homes, they literally will say this home cannot be sold to, and then list of various different ethnicities, different races.”

I really hope Manickam-Shirley reports these people because we have something called the Fair Housing Act:

Instead of telling a weekly publication why not take proper action against those sellers and realtors?

With limited room, surfers can often be territorial. This must mean they’re racist (emphasis mine):

While Ybarra’s East Salinas neighborhood was predominantly Latinx, she says the ones dotting the peninsula were — and still are — white. This feeds into a wider narrative of racialized entitlement over land.

Someone at the beach told Ybarra she couldn’t park there, and Langen’s car was keyed outside a surf break when she first moved to Santa Cruz.

“I think it was just, you know, a new person showing up who is kind of competent and can surf and that’s threatening. That’s threatening to a local… who feels this like deep entitlement because of their whiteness and their privilege. And the fact that they probably own a house close by.”

Or maybe they’re just jerks who do not want new people treading on their spot? Just because someone is an a**shole doesn’t mean they’re racist or sexist.

I am all for inclusion and bringing more people into surfing. Or anything. It would have been a lot more interesting if Zhang interviewed these ladies about the organizations instead of only talking about racism and whose fault it is for the lack of people of color and females in surfing.

I’m a little confused as to why this tactic has up to this point been considered acceptable in any way? Preventing people from free passage on public streets is illegal in most jurisdictions and is unacceptable behavior, people engaging in this should be arrested and removed from the street.

Safety? Really? Blocking a 3000 lb car with your body has NEVER been a safe activity. If some of the “protesters” get squashed while performing such activities…well…play stupid games, win stupid prizes.