Seattle Police Chief To Residents: We No Longer Can “Preserve Property in the Midst of a Large, Violent Crowd”

Seattle Police Chief To Residents: We No Longer Can “Preserve Property in the Midst of a Large, Violent Crowd”

Something will fill the vacuum left by police, and it seems doubtful the left will like the results 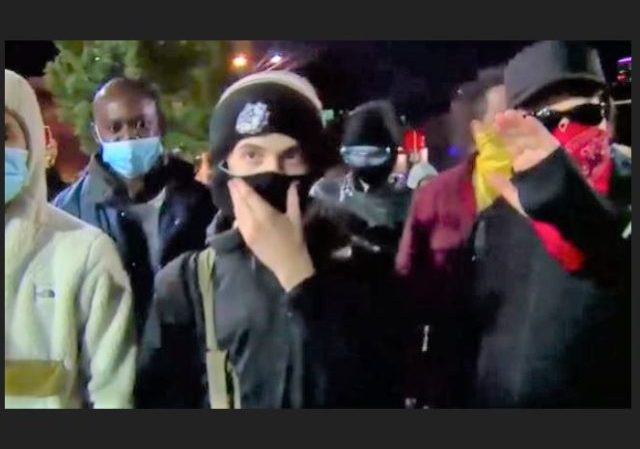 Seattle’s police chief alerted residents that they are on their own now.

The Seattle police chief is sending out letters telling residents: "We cannot enforce the law. You are on your own." pic.twitter.com/89jyezSBMS

The left has a long track record of getting everything wrong, so it’s of no surprise to anyone that Americans of all races, genders, religious, ideological, and etc. backgrounds are scrambling to get guns to protect themselves because the police have been neutralized.

Who would have thunk that the left would be the driving force behind Americans arming themselves in historic and record numbers?  Anyone and everyone saw this coming, and the resultant, entirely predictable, carnage lies at the feet of clueless, truly myopic Democrats.

What do they do now?  The right hasn’t risen to their back-handed call for their twisted version of patriotic unity against Trump’s “stormtroopers,” and everyone—left, right, and center—is arming up.

The ball is in the BLM-Democrat-leftstream media court, and they really don’t have a next move . . . unless they manage to gain control of both Houses of Congress and the White House in November.

So by law of necessity, which this nation was founded on, we can now own and use fully automatic weapons in order to defend ourselves and our property. I’m talking belt fed automatic weapons. I’ll get right on it. I’ve always wanted my own SAW.

If the excrement seriously contacts the ventilator, there may be nobody around to tell you “no”.

Until then, have handy the phone number and address of a gun smith who can make an M-16 out of an AR-15 or discreetly source the parts yourself. You know there are people around the country who are.
.

Way back when, the owners of the threatened businesses would have all armed themselves and guarded their businesses. After some number of violent rioters quickly wound up dead for their antics, the rest would run away. The police would come and gather the bodies, do their investigating, and things would be back to normal in short order. The politicians would be motivated to prevent further rioting to keep the body count (or rioters) down.

But what I see happening these days is that business owners board up their properties and leave town in anticipation of rioting, hoping that there is something left when they return. As much as I hate to say it, in the current political and legal environment, that’s probably the safest course of action. If that’s your plan, then just be sure to buy plenty of insurance.

The time has long passed for the president to federalize the Washington and Oregon National Guards and send in the troops with live ammunition to clear the streets of the trash.