Ending “blind auditions” hurts people who otherwise would have been chosen based on the quality of their music, or in other contexts, their academic performance on standardized tests and other objective measurements. “Equity” is not a victimless crime. 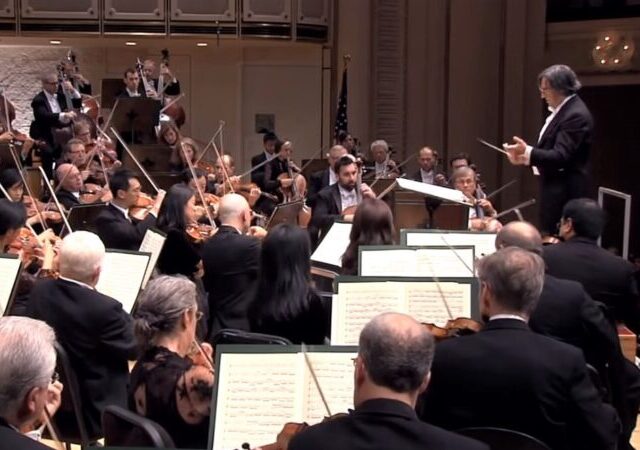 I learned something new today.

For decades leading symphony orchestras have used “blind auditions” to hire musicians. That is, the musicians are not seen at all, only their music is heard. That way, implicit or explicit racial, ethnic, or gender bias cannot enter into the hiring decision, only the quality of the music. It is as close to a pure meritocracy as I can imagine.

So far, so good, right? Judging people based on the content and character of their musical performance rather than the color of their skin? Right?

But, that pure meritocracy has resulted in fewer Blacks and women on orchestras relative to the population as a whole. That result is not a product of bias, because the race or ethnicity or gender of the musicians were not known.

We see this in many aspects of society, an over- or under-representation of racial or ethnic groups, or men or women, in various jobs or sectors of the economy. But at least as to orchestras, bias cannot be claimed to be a factor.

So it’s still good, right? Because equal opportunity is what is most important. We don’t call the NBA racist because Blacks are over-represented, because we understand that it is not the result of racial bias.

Not according to Anthony Tommasini, the chief classical music critic at the NY Times. Tommasini writes that the lack of orchestral diversity resulting from this meritocracy needs to change, and musicians should be chosen based on race, gender, and other factors.

Tommasini starts by noting the history of blind auditions in his column, To Make Orchestras More Diverse, End Blind Auditions:

During the tumultuous summer of 1969, two Black musicians accused the New York Philharmonic of discrimination. Earl Madison, a cellist, and J. Arthur Davis, a bassist, said they had been rejected for positions because of their race.

The city’s Commission on Human Rights decided against the musicians, but found that aspects of the orchestra’s hiring system, especially regarding substitute and extra players, functioned as an old boys’ network and were discriminatory. The ruling helped prod American orchestras, finally, to try and deal with the biases that had kept them overwhelmingly white and male. The Philharmonic, and many other ensembles, began to hold auditions behind a screen, so that factors like race and gender wouldn’t influence strictly musical appraisals.

Transformative, but not enough:

The percentage of women in orchestras, which hovered under 6 percent in 1970, grew. Today, women make up a third of the Boston Symphony Orchestra, and they are half the New York Philharmonic. Blind auditions changed the face of American orchestras.

American orchestras remain among the nation’s least racially diverse institutions, especially in regard to Black and Latino artists. In a 2014 study, only 1.8 percent of the players in top ensembles were Black; just 2.5 percent were Latino. At the time of the Philharmonic’s 1969 discrimination case, it had one Black player, the first it ever hired: Sanford Allen, a violinist. Today, in a city that is a quarter Black, just one out of 106 full-time players is Black: Anthony McGill, the principal clarinet.

So Tommasini wants quotas. He doesn’t use that word, but that’s what he wants. There are so many qualified musicians, he argues, remove the screen and pick an orchestras that looks like the community:

If the musicians onstage are going to better reflect the diversity of the communities they serve, the audition process has to be altered to take into fuller account artists’ backgrounds and experiences. Removing the screen is a crucial step.

Blind auditions are based on an appealing premise of pure meritocracy: An orchestra should be built from the very best players, period. But ask anyone in the field, and you’ll learn that over the past century of increasingly professionalized training, there has come to be remarkably little difference between players at the top tier….

It’s like an elite college facing a sea of applicants with straight A’s and perfect test scores. Such a school can move past those marks, embrace diversity as a social virtue and assemble a freshman class that advances other values along with academic achievement.

On campus, this is called “equity,” a euphemism for racial, gender and other discrimination. It’s the opposite of equal opportunity, it’s demanding equal results even if it means discriminating against some people on the basis of race, ethnicity or other immutable factors. It’s the core driving the “antiracism” movement on campus. When campus activists and administrators say “equity” (as opposed to “equality”), what they really mean is discrimination based on race to achieve a desired racial outcome.

The desire to move away from “blind auditions” hurts people who otherwise would have been chosen based on the quality of their music, or in other contexts, their academic performance on standardized tests and other objective measurements. “Equity” is not a victimless crime, it’s just that the victims don’t have the political and social justice power to stop it.

So symphonic rapping is in our future?