Fresh off Russia collusion hoax, Hayes and Democrats like Jerry Nadler stoke anger at police — Reality is the “kidnapping” was an arrest of a woman wanted for multiple crimes carried out by undercover NYPD officers accompanied by uniformed officers. 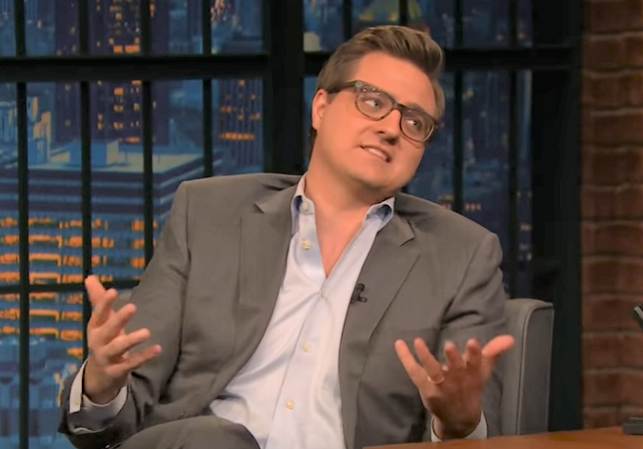 Ah, the dangers of social media. A person with millions of followers can tweet out fake news and it takes off like wildfire.

This video—of a protester in New York City being thrown in an unmarked van—is terrifying and should be unacceptable to everyone who respects the constitutional rights this country was founded on.

There must be an immediate explanation for this anonymous use of force. https://t.co/mwAYknRLnz

Nitpick about the response! I don’t see protestors throwing anything at the officers.

In regard to a video on social media that took place at 2 Ave & 25 St, a woman taken into custody in an unmarked van was wanted for damaging police cameras during 5 separate criminal incidents in & around City Hall Park. The arresting officers were assaulted with rocks & bottles. pic.twitter.com/2jGD3DT3eV

When officers from the Warrant Squad took the woman into custody in a gray NYPD minivan this evening, they were assaulted with rocks and bottles. The Warrant Squad uses unmarked vehicles to effectively locate wanted suspects.

When she was placed into the Warrant Squad’s unmarked gray minivan, it was behind a cordon of NYPD bicycle cops in bright yellow and blue uniform shirts there to help effect the arrest.

It could also be undercover detectives from a warrant squad making an arrest with probable cause for someone wanted for 5 specific crimes wearing visible weapons and vests in a car immediately surrounded by uniformed police officers with NYPD written on the back. https://t.co/CsKt5QMSmZ

I do not see any corrections on Hayes’ or Nadler’s timeline.

Claims of kidnapping or authoritarian takeovers only fuels the violence against officers. Hundreds of officers have been injured or killed. Calling them kidnappers only give a greater sense of license for extremist groups. https://t.co/M4rjNa9SQK

The Democrats and other activists claim the same thing happens in Portland, OR. Law enforcement officials explained:

Federal Protective Service (FPS) Deputy Director of Operations Richard Cline noted that the uniforms that the officers are wearing have only a name linked to their badge number. The reason that they are protecting the officer’s identities is because “about 38 of our officers that are out there have been doxxed and their personal information has been put online,” he explained.

Mark Morgan, Senior Official Performing the Duties of the Commissioner of U.S. Customs and Border Protection, said that his agents that are being deployed have a “unique identifier” on them because agents are being doxxed, which he said jeopardizes the lives of the agents’ families because the rioters are “putting out their home information and they’re suggesting that individuals go to their homes.”

“So, yes, I as the acting commissioner have authorized and supported removing their names from their uniform,” Morgan said. “Instead, what we have though is a personal identifier, so we can identify and we have each identifier associated with a specific name so we have all that information internally and we’ll share that with the appropriate entities when it’s necessary.”

Morgan added, “So, I hope that puts to rest the lies and false rumors about they’re not properly marked.”

These protestors want to get away with their crimes. The Constitution protects your natural right to peacefully assemble, not commit crimes.

Reporters have a responsibility not to spread fake news. You want President Donald Trump to stop calling you fake news? Then stop tweeting and reporting fake news.

Criminals, including Democrats, know their own.

There are A LOT of people who believe the diarrhea coming out of these hacks’ mouths. Pelosi, for example.

We’re fighting not only the left’s ‘big lies’, but the bastards of the GOPe in the Bush orbit.

We are at war. Make not mistake.