“Karl is now free to cut hair and pursue his livelihood without any unjust interference.” 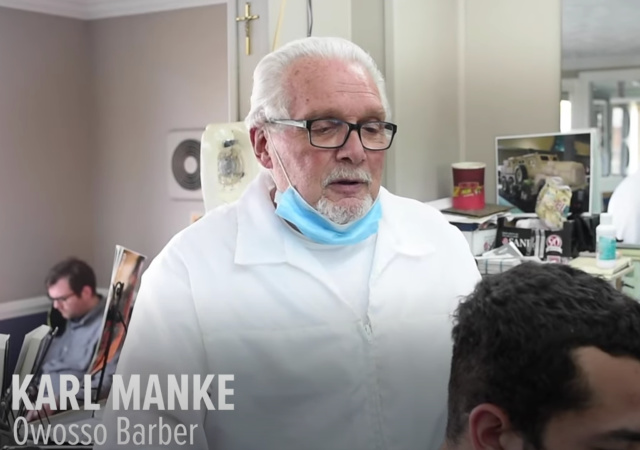 How about some good news?

Michigan barber Karl Manke, 77, had his license restored after the Michigan Department of Licensing and Regulatory Affairs suspended it after he cut hair during Gov. Gretchen Whitmer’s lockdown.

“I am pleased with the orders issued today to reinstate my licenses so I can continue to move forward,” Manke said in a statement provided by his attorney. “I still believe it is high time for all of Michigan to Stand Up, Open Up for business, and for all the people in our community to Show Up in support.”

The Michigan Department of Licensing and Regulatory Affairs suspended Manke’s license May 13. Attorney General Dana Nessel wanted an emergency suspension, which would not have given Manke a chance to defend himself in front of a Shiawassee County judge. The judge denied the emergency suspension, and the Michigan Court of Appeals later ordered him to set a hearing date for the suspension.

Manke’s attorney, David Kallman, said he was glad the state has acknowledged Manke is not a threat to public safety.

“Karl is now free to cut hair and pursue his livelihood without any unjust interference,” Kallman said in a statement.

Manke said that money became tight during the lockdown and had to open his shop.

The state requested “a temporary restraining order” because officials considered him “an immediate threat to the public.”

Attorney General Dana Nessel said the government must “take action to protect the public and do our part to help save lives.”

Earlier this month, the Michigan Supreme Court threw out the order that forced Make to close his barbershop. The Court said that the Court of Appeals made a few mistakes in its decision:

The appeals decision was not unanimous and did not afford Manke oral arguments to defend himself, the court said.

“It is incumbent on the courts to ensure decisions are made according to the rule of law, not hysteria.” Justice David F. Viviano wrote in his opinion. “One hopes that this great principle — essential to any free society, including ours — will not itself become yet another casualty of COVID-19.”

What consequences or losses will the authoritarian bureaucrats suffer who persecuted this barber???

There is the ‘systemic’ problem.