“Residents from Athens to Amsterdam flocking to museums and bars for the first time in months.” 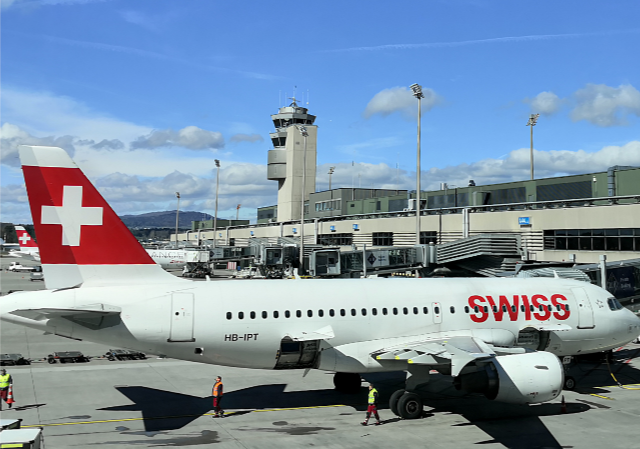 With the Wuhan coronavirus lockdown phasing out, countries across Europe are opening up for summer tourism.

“The first day of June has seen lockdown restrictions eased in a number of European countries, with residents from Athens to Amsterdam flocking to museums and bars for the first time in months,” German state broadcaster Deutsche Welle reported Monday.

Germany, Italy, The Netherlands, and Spain are among the first countries to ease rules for travel and recreation for domestic and European travelers.

Germany’s Deutsche Welle covered the reopening of tourist cites across the continent:

In Italy, Rome’s Colosseum has reopened to visitors, along with the Vatican museums and the Sistine chapel. Visitors will have to maintain strict social distancing and crowd control limits the amount of guests.

“We are reopening a symbol. A symbol of Rome, a symbol of Italy,” said Alfonsina Russo, director of the Colosseum’s archaeological park. Tourism accounts for 13% of the Italian economy. (…)

The Netherlands celebrated a public holiday by heading back to bars and beaches. New rules allow bars and restaurants to serve up to 30 people inside, but social distancing must be observed and no reservations are compulsory.

Concerns were raised about the risk of overcrowding at beaches as thousands went to enjoy the sun. Museums also reopened. The Netherlands has over 46,000 confirmed cases and nearly 6,000 people have died.

In the United Kingdom, social distancing restrictions were eased and some elementary school classes returned to the classroom for the first time in over two months. Health experts have cast doubt on the government’s decision to speed up the easing of the restrictions as cases continue to rise every day and the R number stays close to 1. (..)

Greece, shortly after confirming that they will welcome summer tourists from a number of European countries, have lifted lockdown measures for hotels, campsites, public swimming pools and golf courses. Elementary school children also returned to the classroom.

The Mediterranean country has fared relatively well during the pandemic with less than 3,000 cases and 175 dead. However, the economy has taken a beating owing to lockdown restrictions and authorities are hoping that the economy will get a boost from the lucrative summer tourists trade. (…)

In Spain, the government has released figures showing that there were zero international visitors during April. In comparison, in April 2019, 7 million tourists spent €7 billion ($7.9 billion). Unlike many other European countries, Spain is waiting until July to reopen its borders, but authorities are encouraging Spaniards to take domestic vacations.

This opening up is part of a Europe-wide effort to kick-start the ailing tourism industry.

The European tourism industry could lose close to 6.4 million jobs as revenues fall by 50 percent in the hotel and gastronomy sectors, and up to 90 percent in the cruise and airline sectors, recently published data by the EU Parliament shows.

Since moving back to Germany from South Africa during the Coronavirus outbreak, I undertook a family weekend trip recently. Most hotels here are up and running. Guests are required to wear face masks while moving around. Some restaurants we visited have QR codes posted on the tables for uploading the menu. Cash payments are discouraged (Germans love using cash), as most places encourage the use of credit cards to minimize contact. Some restrictions make little sense, but we are happy to go as things gradually return to normal.

Hmmm. and just like that the threat of the Chinese Virus, after the economy has been destroyed, is no longer a threat.

It could help explain why, when the US is starting to open up the economy again – finally, the tragic death of George Floyd suddenly sparked massive riots across the country. In deep Blue cities.

I have plans to travel through SW France and NE Spain in September, already booked and largely payed for, and I am hoping to still go.