“The New York Times reporting, and all other subsequent news reports about such an alleged briefing are inaccurate,” tweeted National Intelligence director John Ratcliffe in response to the report. 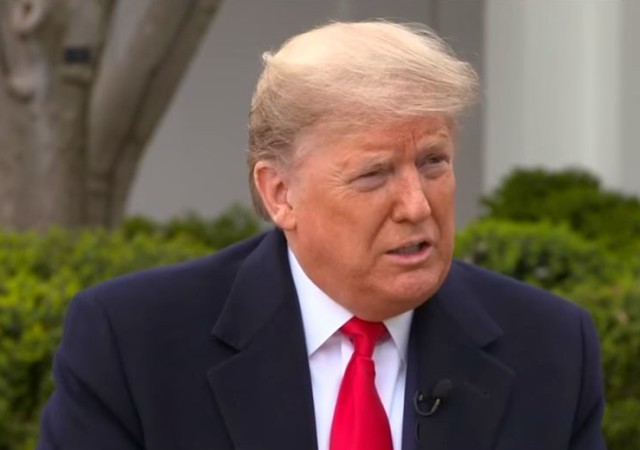 The New York Times published an explosive article Friday that alleged Russia had put bounties on the heads of American soldiers and other coalition forces in Afghanistan and that the Trump White House was briefed about it in March but has yet to act on it.

In a piece with the headline “Russia Secretly Offered Afghan Militants Bounties to Kill U.S. Troops, Intelligence Says,” the paper writes that the alleged offer was made to “Taliban-linked militants,” some of whom “are believed to have collected some bounty money”:

American intelligence officials have concluded that a Russian military intelligence unit secretly offered bounties to Taliban-linked militants for killing coalition forces in Afghanistan — including targeting American troops — amid the peace talks to end the long-running war there, according to officials briefed on the matter.

The United States concluded months ago that the Russian unit, which has been linked to assassination attempts and other covert operations in Europe intended to destabilize the West or take revenge on turncoats, had covertly offered rewards for successful attacks last year.

Islamist militants, or armed criminal elements closely associated with them, are believed to have collected some bounty money, the officials said. Twenty Americans were killed in combat in Afghanistan in 2019, but it was not clear which killings were under suspicion.

The Times report, which was based on claims from numerous anonymous sources who were allegedly “briefed on the matter,” also claimed that Trump was briefed “in late March” about the bounties but had not acted on the news:

The intelligence finding was briefed to President Trump, and the White House’s National Security Council discussed the problem at an interagency meeting in late March, the officials said. Officials developed a menu of potential options — starting with making a diplomatic complaint to Moscow and a demand that it stop, along with an escalating series of sanctions and other possible responses, but the White House has yet to authorize any step, the officials said.

Multiple White House officials are denying that Trump and Vice President Pence were ever briefed on the alleged bounties.

“While the White House does not routinely comment on alleged intelligence or internal deliberations, the CIA Director, National Security Advisor, and the Chief of Staff can all confirm that neither the President nor the Vice President were briefed on the alleged Russian bounty intelligence.”

She said that the U.S. “receives thousands of intelligence reports a day and they are subject to strict scrutiny,” adding that she is not denying the intelligence exists, but that the president was not briefed on it.

“This does not speak to the merit of the alleged intelligence but to the inaccuracy of the New York Times story erroneously suggesting that President Trump was briefed on this matter,” McEnany said.

Statement by DNI Ratcliffe: "I have confirmed that neither the President nor the Vice President were ever briefed on any intelligence alleged by the New York Times in its reporting yesterday." (1/2)

“The White House statement addressing this issue earlier today, which denied such a briefing occurred, was accurate. The New York Times reporting, and all other subsequent news reports about such an alleged briefing are inaccurate.” (2/2)

Trump, too, has pushed back, and also wants to find out who the source for the story is:

Nobody briefed or told me, @VP Pence, or Chief of Staff @MarkMeadows about the so-called attacks on our troops in Afghanistan by Russians, as reported through an “anonymous source” by the Fake News @nytimes. Everybody is denying it & there have not been many attacks on us…..

…Nobody’s been tougher on Russia than the Trump Administration. With Corrupt Joe Biden & Obama, Russia had a field day, taking over important parts of Ukraine – Where’s Hunter? Probably just another phony Times hit job, just like their failed Russia Hoax. Who is their “source”?

If this report is anything like some of the other “bombshell” reports in the media that turned out to be nothingburgers (like the Russia collusion hoax), there’s a strong possibility that the source or sources were Obama holdovers with axes to grind.

The Wall Street Journal and the Washington Post also filed stories on the alleged bounties this weekend, which gives the NYT’s report even more of an appearance of being too conveniently coordinated and timed in a presidential election year to be legit.

Right on cue, Joe Biden was ready with a response:

During a virtual town hall event on Saturday, Biden said that if the Times’ reporting is true, Trump’s knowledge of the situation would be a “truly shocking revelation.”

“Not only has he failed to sanction or impose any kind of consequences on Russia for this egregious violation of international law, Donald Trump has continued his embarrassing campaign of deference and debasing himself before Vladimir Putin,” Biden said, noting that Trump has offered to host Putin in the U.S.

Richard Grenell, who was the Acting DNI when the alleged briefing supposedly took place, fired back at Rep. Ted Lieu (D-CA) for suggesting that either he deliberately withheld this information from Trump or that the White House was lying about knowledge of it:

I never heard this. And it’s disgusting how you continue to politicize intelligence. You clearly don’t understand how raw intel gets verified. Leaks of partial information to reporters from anonymous sources is dangerous because people like you manipulate it for political gain. https://t.co/403X9AVGAC

All anonymous sources. And these same reporters gave us the Russian collusion hoax you still hold on to. https://t.co/9o4d0HlIXq

Trump hit back at Biden and amplified Grenell’s comments on Twitter this morning:

Funny to see Corrupt Joe Biden reading a statement on Russia, which was obviously written by his handlers. Russia ate his and Obama’s lunch during their time in office, so badly that Obama wanted them out of the then G-8. U.S. was weak on everything, but especially Russia!

The Fake News @ nytimes must reveal its “anonymous” source. Bet they can’t do it, this “person” probably does not even exist! https://t.co/pdg4AjybOG

Any guesses on how soon House Intel Chair Adam Schiff (D-CA) stages a dramatic public hearing on this story to try and milk it for all he thinks its worth? The fireworks between him and Grenell alone would make it worth watching.

I’m going to put the best construction on this that I can, because I think this may actually be what happened:

I think what actually happened is that such a report did indeed come in. Someone in the field heard this and reported it back to HQ. Those who received it looked at it, couldn’t verify it, and decided that for now at least no action should be taken and nobody at the political level should be briefed, because it was probably not true. As Grenell said, they get thousands of reports and it’s neither possible nor desirable to brief the president, VP, or even the DNI about them.

The reason I say this is because something very similar happened with Joseph Wilson’s report on the Iraqi attempt to buy uranium from Niger. He told Nicholas Kristof that he had been sent to Niger pursuant to an inquiry by Cheney, and that he assumed his report would therefore have been sent to Cheney. By the time Kristof wrote his report that had turned into a claim that he had been sent “at Cheney’s behest”, and that he had briefed Cheney’s staff on his return. And in the subsequent reporting by others it turned into a claim that Cheney had specifically asked for Wilson to be sent, and would therefore have been eagerly awaiting his report, which he therefore could not possibly have failed to be have been briefed on. So reporters asked Cheney why he had ignored the report his hand-picked investigator had given him, and Cheney had no idea what they were talking about. He went back and asked his staff “Who the **** is this Wilson person, why does everyone think I sent him somewhere, and what the **** happened to this alleged report of his?” The staff had no idea either, so they set out to find out, and the rest is history.

My point is that this is the sort of thing that can easily happen, so maybe it’s what happened here too. Whoever passed this report back to HQ assumed that the President and VP must have been briefed on it, because how could they not be, and told the NYT how disappointed they were with the lack of response.

Agreed it’s entirely plausible but you’re being much too kind to the Times. They are still a leftist publication with compromized editorial standards.
.

If I’d been Cheney I’d also want to know why Wilson was talking about it to Kristof in the first place. If whoever decided to send Wilson didn’t know he was a blabbermouth it was a huge unforced error.

And if whoever sent him did so knowing Wilson was a blabbermouth, that head should have been rolling within hours.

As I’m sure you remember, it turned out that when Cheney asked the CIA to look into the rumors, the CIA decided to send someone to do so, and Wilson’s wife, who worked there, suggested he would be the right person. So Cheney’s staff then told reporters who’d asked, “We found out who this Wilson person is, we did not send him as you seem to think, but rather his wife did.” “His wife? Who’s his wife?” “I don’t know, apparently she works at the CIA.” And that is how we got a major “scandal”.

Oh, and the reason Wilson spoke to Kristof is that he was pissed off that Cheney was completely ignoring his report. (Which he was, because he was unaware of it. The CIA’s reply to Cheney’s question ended up being “Yes, we think Iraq has been trying to buy uranium in Africa”. Wilson’s assumption that his report would have been passed up the chain verbatim was incorrect. The CIA considered his report together with other information, formed its opinion, and passed that back to Cheney’s office, without going into the details of each piece of evidence contributing to that opinion.)

And so what. My first thought was “Wouldn’t surprise me… Russia is bad that way, and the Afghans wouldn’t mind taking money from someone to kill their own enemies.”
(now, mind you, these were my thoughts before I found out Trump had not been told)
And SO WHAT. So Trump didn’t make a big deal out of the information because not every threat is a televised news conference. He tells the boots on the ground, and they deal with it; he does NOT tell the media.

I am sure that there is a lot of things that happen and information that comes in, and as PRESIDENT, Trump decides who gets what info and what to do with it.

I am sooo old I can remember when Democrats loved the Ruskies and their form of government. Why Bernie Sanders even honeymooned in Moscow. What happened to sour their love affair?
Oh I know Trump was elected and …………………..

Now the Democrats love the COMMUNIST Chinese who bride DEM to treason with Million$$$$$$$$.