“Plantations” in the official Rhode Island name has nothing to do with slavery, and Rhode Islanders voted overwhelmingly in 2010 to keep the name, but Gov. Gina Raimondo just ordered all state agencies and offices to stop using it. 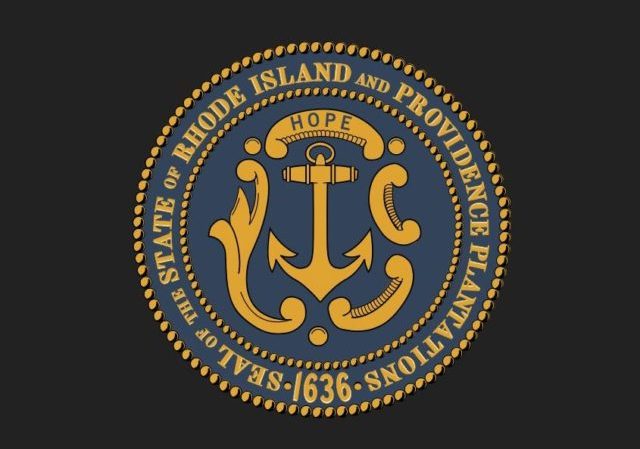 The word “Plantations” in Rhode Island history giving rise to the name has nothing to do with slave ownership or slave plantations. Rather, at the time Rhode Island was founded, the term plantation simply signified an early settlement:

Historians say that in the 17th century, the word referred to colonies or settlements with agricultural economies and had nothing to do with slavery.

Similar terminology is used for the “Plimoth Plantation” in Massachusetts.

My home state of Rhode Island is a quirky place. We still celebrate Victory Over Japan Day in August, although the name was changed to VJ Day and then to Victory Day, in a nod to political correctness. Now there is a move afoot to change the name of the state for similar reasons.

The use of the word “plantations” had nothing to do with, and predated, slavery in Rhode Island. Rather, “Rhode Island” signified the islands in Narraganset Bay and the “Plantations” were the mainland settlements:

Providence Plantations was the name of the colony founded by Roger Williams in the area now known as the City of Providence. Rhode Island was the area now known as Aquidneck Island, which now comprises the city of Newport and the towns of Middletown and Portsmouth, the largest of several islands in Narragansett Bay.

The 2010 referendum to change the state name failed by a wide margin, 78-22, Rhode Island Still Has Its Plantations.

But now the effort is back:

The lone Black man in the Rhode Island Senate has renewed the push to remove “Providence Plantations” from Rhode Island’s official name, and he has the Senate leadership’s backing.

Sen. Harold Metts, a Providence Democrat, introduced legislation on Wednesday to give voters another chance to change the state Constitution to eliminate a word from the state name that many Black Rhode Islanders find offensive.

“Whatever the meaning of the term ‘plantations’ in the context of Rhode Island’s history, it carries a horrific connotation when considering the tragic and racist history of our nation,” said Metts, in a statement on Wednesday night.

“The images that come to mind when I hear the word ‘plantations’ are of the inhuman and degrading treatment of the African-Americans who came before me, families ripped apart by slave sales, rapes and lynchings. It is a hurtful term to so many of us.”

He added: “Not unlike the debate over the Confederate flag, retaining the term does nothing to memorialize history but conjures an unnecessary and painful reminder of our racist past.”

Governor Gina Raimondo is not waiting around for the voters to decide (I predict it will fail again), she just issued an Executive Order requiring all states agencies and offices to drop “Providence Pantations”:

Rhode Island, known formally as the State of Rhode Island and Providence Plantations, will drop the latter half of its official name on state documents and websites following an executive order signed by Gov. Gina Raimondo.

This is not the first time “connotations” has resulted in a non-racist word being banned, but now we are in a full blown cultural purge, and even the official name of a state may fall along with statues.

Instead of using the chance to teach a little bit of history, the Democrat chooses willful ignorance.

Teach them history?
They couldn’t even teach them how to use a dictionary when “niggardly” was in contention.

As a historical note the English called their occupied lands in Ireland plantations.

The Governor is acting, IMO, unlawfully. Someone is going to receive a document from the state government ordering them to comply with some law or regulation. That document will not have the legal name of the state. They will file an answer in court naming the state by it’s full legal name.

Can the state respond if it fails to answer the complaint to its legal name? Maybe not. I am not aware of any precedent for an AKA for a state.

Better yet, the state answers the complaint against its legal name. Then the whole sham is revealed for what it is, feel good do something irrelevant touchy feely BS.

Instead of the sham how about just dissolving and being absorbed by Connecticut and Massachusetts based on geographic proximity? If the name is problematic then all the actions done in that name are also problematic.

There is only one plantation. It belongs to the Democrat Party. There can be no other plantations as originally referenced for Rhode Island. Of course, many who live in Rhode Island live on the Dem Plantation having given up their birthright .

I have a quick legal question if anyone is up for it. Let’s say for a moment you sign a legal document with the state, but the document has this abbreviated state name on it. Is it binding? You essentially signed a document with an entity that doesn’t exist.

It makes absolutely no difference what name is printed on the form. So long as it’s clear which state is meant, it can say “Ocean State”, or “The tiny state all the way in the northeast, no, not Maine, a bit further south and a bit west of there”.

I think “The Armpit of Massachusetts” expresses the proper panache.