Baby Walt Update: 7 Months Old and Chunky as Can Be

Baby Walt Update: 7 Months Old and Chunky as Can Be 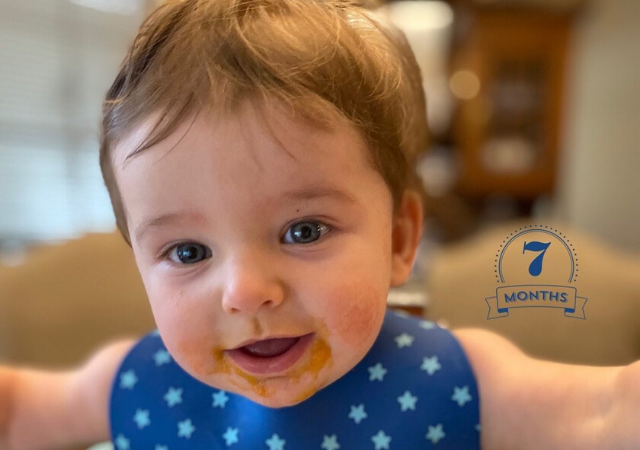 It’s been a few months since I’ve shared an update on Baby Walt, mainly thanks to the world shutting down and life changing suddenly and dramatically, though not necessarily badly. Walt turned 7 months old last week, which is hard to believe and also, truly miraculous.

For those new to Baby Walt’s incredible and dramatic story, our little boy Walter was born November 24th via emergency c-section. Immediately after birth, he was diagnosed with an extremely rare heart condition called Ebstein’s Anomaly and life flighted to Houston’s medical center.

After a few horrifying weeks in the NICU, things took a turn for the worse and his doctors moved him to the PICU. On December 9th, Walt had heart surgery. Surgery which could not have gone better (according to the surgical team who was a-mazing). He then had to learn to breathe on his own, and he did. And the final boss was learning to eat, which took some time, but he eventually mastered. Miracle after miracle after miracle and he came home December 30th.

When he was born, we were told Walt might not make it through the night. But he did. Then we were told his heart might not be able to function properly. But after a little snip and tuck, it did. Then we were told his lungs might not work as they should and he might need a respirator indefinitely. But he didn’t. Last it was trouble eating and a call from a doctor on Christmas Eve explaining the potential need for a permanent feeding tube. Walt now weighs more than 20 pounds and is growing like a weed. He’s SO chunky and has the most adorable Michelin Man legs. It’s common for cardiac babies to struggle gaining weight and miss developmental milestones. Walt hasn’t dealt with either.

Our last pediatric cardiology appointment was at 6 months. It went so well that we don’t have to go back until his first birthday. Two issues they were continuing to watch are completely gone. While there’s still a mild malformation, his heart is functioning without issue. 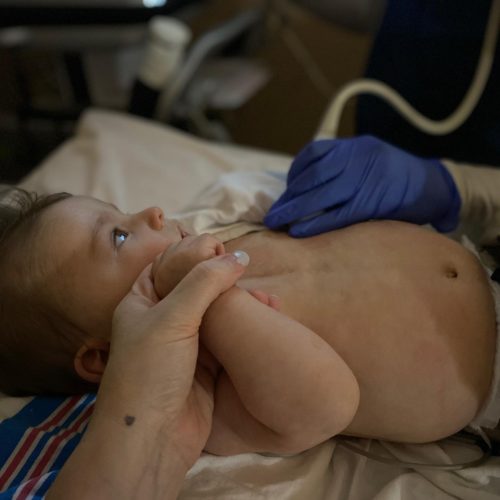 He is the happiest baby ever. Truly. He is allllllll smiles unless he’s hungry or about to crash into napdom. He’s super playful. So far, has zero interest in learning to crawl and would rather stand up or pull himself up. And he adores his big sisters.

I hesitate to type this out of fear of jinxing us all, but Walt is finally sleeping decently long stretches at night. He’s on the verge of cutting what feels like 4 teeth at once. He blows raspberries all day long. It’s so sweet. He loves splashing around in the water, any water — pool, bath, he loves it and doesn’t like to get out. He has the most pitifully adorable lip roll when he meets a stranger or is upset by something. 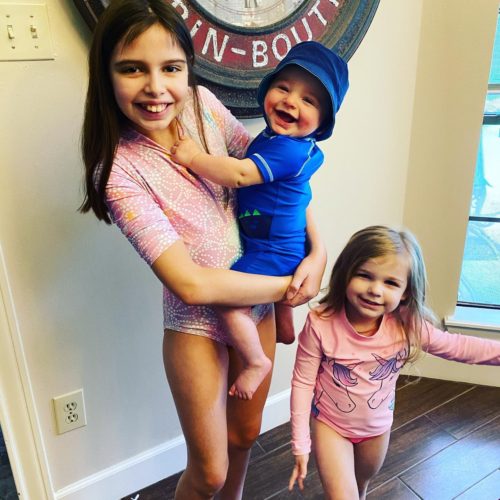 Much life has happened since Walt arrived, but one thing remains constant — God is abundantly faithful. We may face trials and adversity (and have), but they do not bring us evil or harm. Rather, we’re refined. Our faith grows. Resolve is strengthened. And ultimately, everything works out for our good in ways that are truly unimaginable.

God has been with us and with Walt through this entire ordeal and months later, we are still seeing his provision and his providence in our lives and in the life of our son. Walt has rearranged our life and our priorities and shifted our view of… everything. In the best of ways. We’ve been and continue to be abundantly blessed by the prayers of so many people all over the world. Many we know, even more we do not. People earnestly and diligently praying for our son and our family. Easily the most amazing thing I’ve yet to experience in life and the true embodiment of the body of Christ. God is always and forever faithful.

The same day Baby Walt was life-flighted to the NICU in the medical center (I was in a hospital on the other side of town), I asked my Aunt to write “Psalm 91“, not the entire passage, but simply “Psalm 91” on a piece of paper and asked her to tape that piece of paper on Walt’s tiny little plastic box bed. She did. That piece of paper — dirty, crumpled, and worn, stayed on his bed until he was moved out of the PICU in preparation for coming home in a recovery that was marked with one miracle after another after another. It was with him to, through, and after surgery. Walt and his recovery are an incredible miracle.

I’m certain there are many other potential tragedies we’ve been spared because of God’s divine protection, because He honored His promise to keep us safe. He never fails to fulfill his promises when He’s reminded. Never.

As we continue on our journey, I hold on to this (and others daily), “Let us hold fast the confession of our hope without wavering, for He who promised is faithful.” Hebrews 10:23

Thank you for praying for our son and for us. We thank you and we love you.

I absolutely adore the latest picture of happy chunky Walt! Our Lord definitely knows how to reveal his wonderful miracles to us. Walt is one of Our Lords most fabulous examples that Babies are wondrous
gifts of joy on this earth! I wish I could reach out to hold and kiss this sweet baby boy!
Your family is So blessed with Walt and your darling girls. May you continue to experience many more miracles as Walt grows! He Is such a handsome sweet baby boy! God Love You All!