Washington “looking for ways to push companies to move both sourcing and manufacturing out of China.” 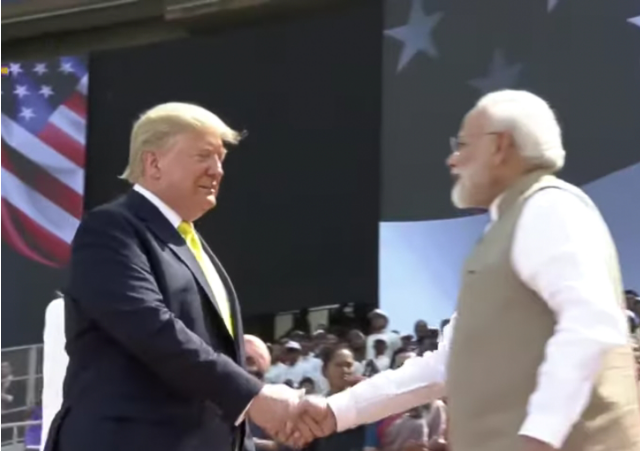 Given recent developments following the outbreak of Wuhan coronavirus, the era of China being the go-to manufacturing destination for the U.S. companies appears to be coming to an end.

The United States seeks to decouple its economy from Communist China in a post-coronavirus scenario, media reports say. Washington wants to empower India and other Indo-Pacific allies to replace manufacturing supply chains running through China.

“The Trump administration is “turbocharging” an initiative to remove global industrial supply chains from China as it weighs new tariffs to punish Beijing for its handling of the coronavirus outbreak,” the news agency Reuters reported on May 4, citing U.S. officials. “The U.S. Commerce Department, State and other agencies are looking for ways to push companies to move both sourcing and manufacturing out of China. Tax incentives and potential re-shoring subsidies are among measures being considered to spur changes.”

While many of these measures rolled out by the White House will be to bring manufacturing jobs back home, the U.S. is also considering relocating some of those supply chains to allies in the India Pacific, including New Delhi. As U.S. Secretary of State Mike Pompeo said last month: Washington is “thinking about how we restructure these supply chains to prevent something like this from ever happening again. One example of our work together is with India.”

While President Donald Trump’s America First policy drives some of these measures, the industry in the U.S. and the West will still depend on global supply chains and foreign manufacturing partners.

This doesn’t have to be a zero-sum game. Under President Trump’s watch, the U.S. has been narrowing its trade deficit with India, from $22.9 billion in 2017 to 6.7 billion in April 2020. The U.S. can still balance the trade volumes and allow India offer an alternative to Chinese manufacturing. One big step in this direction would be to get New Delhi off its dependency on Russian military supplies. India is the largest buyer of Russian defense hardware.

The urgency to relocate supply chain is felt by the U.S. industry as well. “The coronavirus shock has accelerated the push towards supply chain diversification, as companies reassess the risks of relying on one country for supplying and sourcing and the stability of long-distance and just-in-time supply chains,” Nisha Biswal, president of U.S.-India Business Council, told Indian business daily Live Mint on Monday. “These dynamics create a significant opportunity for India, which has a large domestic market that US companies are looking to tap into, as well as large and skilled workforce.”

For India to become a counterweight to China in the region, Prime Minister Narendra Modi’s government will need to push ahead with massive infrastructure development and cut bureaucratic red tape. Decades of socialist planned economy has left India with poor infrastructure and massive bureaucracy.

In my last week’s article for the Gatestone Institute, I laid out the challenges and the opportunities India faces in emerging as a counterweight to China:

To take advantage of a post-coronavirus realignment, India would do well to upgrade its infrastructure and seriously cut its bureaucratic red tape.

Modi came to power in 2014 on promises of streamlining the bureaucracy to foster a free economy. Since he took office, India has eased the government’s red tape and opened up the country to foreign companies and investment. During his tenure, the country advanced 79 places on the global “Ease of Doing Business” survey released by the World Bank annually, from 142nd to 63rd place. The country still trails China, which, until its pandemic, ranked 31. India, however, plans to invest $1.39 trillion on a series of critical infrastructure projects, including roads, railways, digital connectivity and power sectors.

India knows what’s at stake. New Delhi cannot afford to have any illusions about Communist China. Just last week, Chinese army breached Indian border at several locations and began a troop build-up along the country’s norther border. Having already occupied around 16,600 square miles of Indian territory in an unproved war of aggression in 1962, Beijing refuses to recognize parts of its 2,000 mile border with India.

The coronavirus pandemic has only made China more belligerent. Beijing has refused to conduct independent international inquiry into the outbreak that began late last year. It has intimidating U.S. allies in the region asking for an impartial probe, with Chinese ambassador to Australia threatening the country with a boycott of its goods if Canberra didn’t drop that demand.

Post-pandemic, the Communist regime in Beijing also reasserting its power in the region by harassing neighboring countries, and cracking down even more heavily on the democratic dissent in Hong Kong and the Mainland. The U.S. and the West must not reward China by continuing to do business with the regime. As we are leaning it the hard way: an economic strong Communist China is a threat to the Free World.

Did the lefts pals in China Military just move into India over the weekend and STAYED?

Horrible. Monstrous. Move them here where we can have single income blue collar jobs that provide a middle class living for AMERICANS.

Indiana is preferable to India…

To end reliance on China for anything is. essential–but the solution to of shifting to India is not much of an improvement given that no one knows India’s future. The goal should be autarky–the maximum possible degree of national self-sufficiency

Expansionist China is clearly a military, economic, and health threat to the world. But it’s reckoning time for the Chinese communist dictatorship. Washington should exert diplomatic, economic, and military pressure on Beijing that will put China’s dictator Xi Jingping, and the evil and corrupt CCP under enormous strain.
China owns approximately $1.07 trillion in U.S. Treasury bonds, according to the Treasury Department. The United States government should seize the Chinese treasury obligations that Beijing holds in their name, and inform the CCP that this is a down payment for the death of tens of thousands of American citizens and the economic devastation Beijing has unleashed on the U.S. economy
The nefarious CCP pumps over $150 million into its Confucius Institute propaganda of over 100 high school, college, and university campuses in the U.S. All should be shut down, and all Chinese “teachers” and students deported. America must end China’s unfettered access to our research centers and universities.
Seize all CCP property in the United States and selling it as reparations for the damage they have caused to our economy, including companies, real estate, bank accounts, aircraft, ocean-going vessels, and all other CCP assets in the USA.
The U.S. federal government should pay U.S. manufactures to leave China and return to the USA. It’s time to bring U.S. manufacturing back home. Americans want to buy high-quality “Made in the USA” products.