“There Are More Conservatives in Higher Education Than People Think”

“There Are More Conservatives in Higher Education Than People Think” 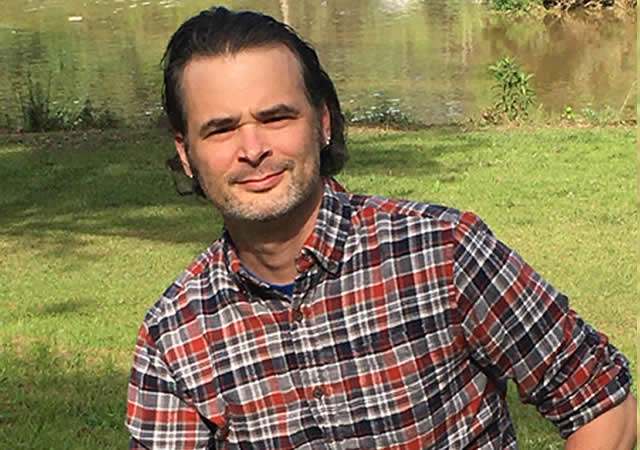 If you’re a regular reader of Legal Insurrection, you know that we spend plenty of time documenting the politics of higher education. More often than not, we focus on the antics of the left because progressives dominate college campuses.

As a fun departure, I recently reached out to a Twitter friend named Eddie Zipperer, who is a conservative and an Assistant Professor of Political Science at Georgia Military College. I asked if he would consider doing an interview.

He agreed and I’m excited to share it with you.

Mike LaChance: Thanks so much for agreeing to an interview, Eddie.

Mike LaChance: Anyone who follows you on Twitter can easily see that you are a conservative. How did you end up becoming a professor?

Eddie Zipperer: I can’t remember a time when my life wasn’t driven by intellectual curiosity, and being a professor is the best outlet for that. I’ve never been satisfied with knowing a little bit about a subject. When I become intensely interested in a subject, I want to know everything there is to know about it. I’m a voracious reader and a research machine. For me, being a professor includes way more learning than teaching. I’ve never felt threatened or bothered by different viewpoints.

Mike LaChance: Progressive concepts like microaggressions, social justice, and preferred pronouns have become the norm in higher education. What are your thoughts on these trends?

Eddie Zipperer: I think the word “trends” pretty much says it all. Some people in education think that every discipline should be morphed into cultural studies, and that everything should be viewed through intersectional or Marxist, or feminist lenses. I have never believed in that approach. It seems like a shortcut to me. Learn a theory or two and then squeeze everything into it.

It’s like teaching a student how to use a hammer and then expecting them to go out and build everything with it. Students should leave college with a giant toolbox that’s overflowing with the everything they’ll need to be critical thinkers in the real world.

When the only tool you have is a hammer, every problem has to be a nail. The world is much more complicated than that. In a republic, politics are about numerous perspectives based on all the different lives and perspectives of the population. So, what is your education worth if you learned only about other people’s perspectives instead of shaping your own?

Mike LaChance: Higher education seems to be ruled by the left. Is there any way to change that?

Eddie Zipperer: There are more conservatives in higher education than people think. Perhaps they’re just less likely to make higher education a matter of their personal politics. Unless my students happened upon my Twitter account or some of my opinion pieces, they would not ever know that I was conservative. It’s irrelevant to the job I do. My students are exposed to Liberal and Conservative opinion.

When they discuss things in class, I always play the devil’s advocate. All ideas should be challenged and all ideas should be accessible. Usually my students project their own ideology onto me. My conservative students are certain that I’m conservative and my Progressive students are certain that I’m Progressive. If everyone in higher education were doing a good job, nobody would know if it leaned to the right or left.

In my avocation as an opinion writer it’s my job to convince people that (for instance) the Electoral College is indispensable, and that a national popular vote would be a disaster. As a professor, that is not my job. My job is as a professor is to provide students with all the information and analytical tools to decide the issue for themselves. If a student presents a sound argument against the electoral college, then I did my job well. I don’t need everyone in the world to agree with my personal politics, and I don’t think much of people who do.

Mike LaChance: In recent years, we have seen a free speech crisis on many college campuses. What do you think is the best response?

Eddie Zipperer: The public conversation must be robust. If it’s not, we all suffer. I tell my students the same thing that always makes its way into SCOTUS first amendment cases which is that the antidote to “bad speech” is always “good speech.” Win arguments in the arena of ideas. When a student comes to understand that each person’s politics are a reflection of the individual life that person has led, they are able to appreciate differences in opinion rather than feeling threatened by them.

It’s important for students to understand that their perspective is not THE perspective.

If a person has a college degree, and they don’t understand that their perspective is not the only one in the world, then they wasted their money on college.

Mike LaChance: Some schools are now renaming buildings and removing campus monuments in the name of social justice. Is this erasure of history bad for higher education?

Eddie Zipperer: I think this has to be decided on a case by case basis. If a school’s mascot is a Confederate soldier, I think there’s a great argument to be made that it’s outdated and no longer reflects the student body. I don’t think we have to be prisoners to everything that past generations decided on. There’s a process to change that mascot, and I don’t think there’s any harm in using that process.

Having said that, I think there’s a real danger in presentism – viewing the past through the lens of present values. If an institution is tearing down a statue of George Washington or Thomas Jefferson because they didn’t measure up to the behavior we expect from people in 2020, then I think that reflects poorly on the institution. Young people often lack a complex enough sensibility that they can both recognize greatness and acknowledge flaws simultaneously. When the grown-up professors and administrators can’t either, then I think we have a problem.

Mike LaChance: What are your thoughts on campus carry?

Eddie Zipperer: If a person can qualify for a carry permit issued by the state and they have that permit, I don’t have any problem with that person carrying according to the regulations of their state and municipality. We either trust people to exercise their constitutional rights or we don’t. Laws that stop people from carrying do little other than ensuring that the law-breaker will be the only person bearing arms. 16 year olds with driver’s licenses are a much greater danger to society than 21 year olds with carry permits, and driving isn’t even a constitutional right.

Mike LaChance: Tucker Carlson has suggested that the Coronavirus crisis will reshape higher education in America and that some schools won’t survive. Do you agree?

Eddie Zipperer: That’s a possibility. I think that the survival of schools will be dependent upon the administrators at the top, their ability to lead and adapt, and the decisions that they make. Colleges are like a private company in that way; they must be well managed by good leaders or they’ll be gone.

Mike LaChance: What are your thoughts on the progressive concept of free college?

Eddie Zipperer: I like the opportunities that it would provide for people of limited means, but what will those opportunities be worth if colleges become public schools. The government consistently fails to provide people with quality education at the K-12 level, so why are they looking to expand the realm of the institutions they control? Turning colleges into public schools would be a disaster.

There are so many grants and scholarships available right now that students who have committed to their studies and are deserving of a free college education can already get it.

Mike LaChance: What advice would you offer to conservative college students?

Eddie Zipperer: Be intellectually honest enough to evaluate what you believe, but don’t be quick to abandon what you believe. Be respectful in your disagreements and understand that different perspectives are good and keep a republic healthy. At the same time, expect people who disagree with you to understand the same thing. Go out of your way to understand beliefs that are different from your own, but don’t allow other people to do your thinking for you. Above all, beware becoming a product of groupthink. Finally, just because you learn a perspective like Marxism or intersectionality, that doesn’t mean it has to be your perspective.

Eddie Zipperer: Right now, I am co-hosting a podcast called “Every Election Ever and Beer.” Every week we break down a Presidential election over beers. We started last year with George Washington’s election in 1789, and now we’re on the Election of 1896. We’ll conclude the series with the 2020 election this November. It’s available on iTunes, iHeartRadio, and most other popular podcast sites.

Mike LaChance: I appreciate your thoughtful answers. Thanks again for sharing your time and ideas.

Eddie Zipperer: It was my pleasure. Thanks, Mike.

Check out his podcast here, and find his opinion pieces at the Daily Caller here.

Some people in education think that every discipline should be morphed into cultural studies, and that everything should be viewed through intersectional or Marxist, or feminist lenses. I have never believed in that approach. It seems like a shortcut to me. Learn a theory or two and then squeeze everything into it.

It’s like teaching a student how to use a hammer and then expecting them to go out and build everything with it. Students should leave college with a giant toolbox that’s overflowing with the everything they’ll need to be critical thinkers in the real world.

“I think that the survival of schools will be dependent upon the administrators at the top, their ability to lead and adapt, and the decisions that they make. ”
From what we’ve seen lately, most of them have behaved cowardly and have kowtowed to the belligerent and leftist students.

He is right on the money with this one:
“The government consistently fails to provide people with quality education at the K-12 level, so why are they looking to expand the realm of the institutions they control? Turning colleges into public schools would be a disaster.”

Prof. Z, I applaud you hosting the upcoming podcast.
I will send the info to my son.

All hope is lost for colleges then.