“F**k each and every Trump supporter. You all absolutely did this. You are to blame.” 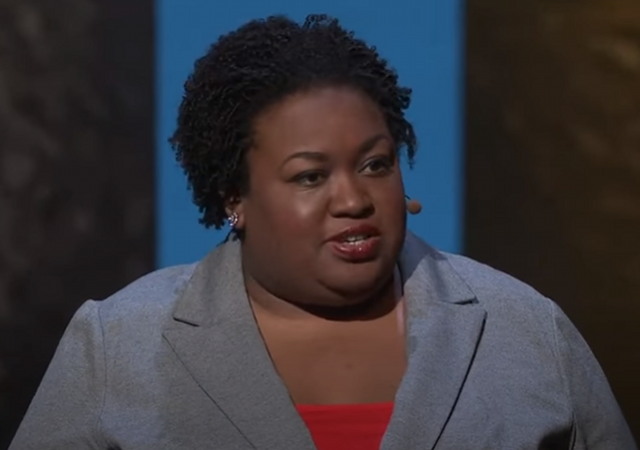 A Rutgers University professor named Brittney Cooper has come under fire for blaming Trump supporters for Coronavirus deaths. She has not folded under criticism either, citing the fact that she is tenured.

A Rutgers University professor said she is facing harassment but stands by her tweets saying “f— Trump supporters” and blaming them for the coronavirus deaths that disproportionately affect Black communities.

“So I said what I meant. And I curse cuz I’m grown,” Dr. Brittney Cooper, associate professor in the Department of Women’s, Gender and Sexuality Studies, tweeted Thursday after the Washington Examiner published a story on her earlier tweets. “I disdain every person who thought and thinks he’s a good leader, because that thinking has had material consequences for far too many of us.”

Cooper declined an interview request Thursday morning. The university said in a brief statement that “Dr. Cooper’s Twitter statements are her own personal statements and not those of the University.”

I decided to screen cap these tweets on the off-chance they get deleted: 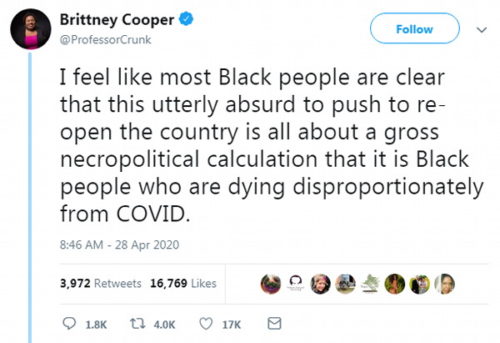 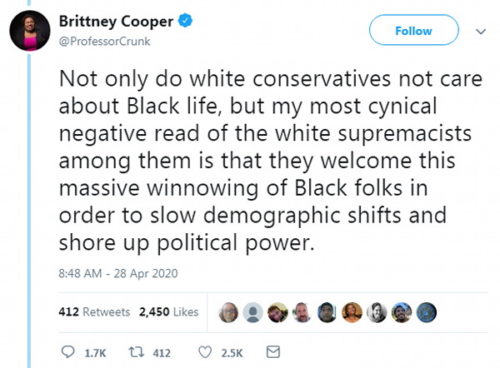 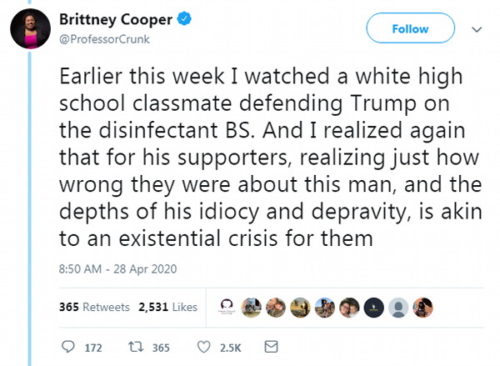 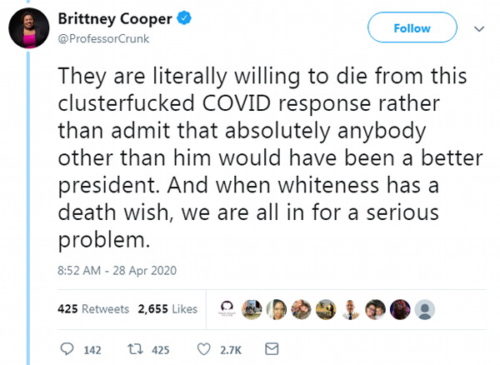 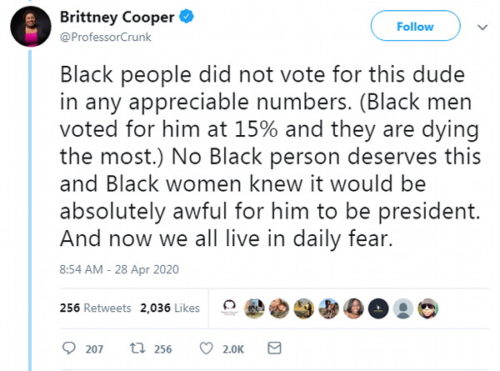 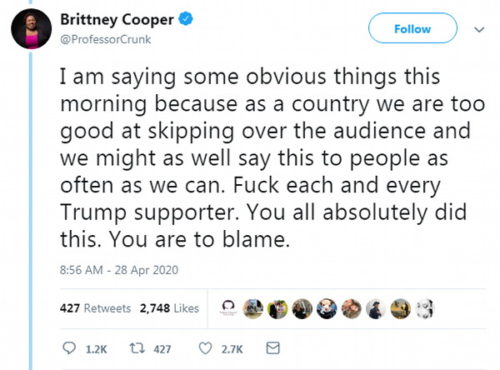 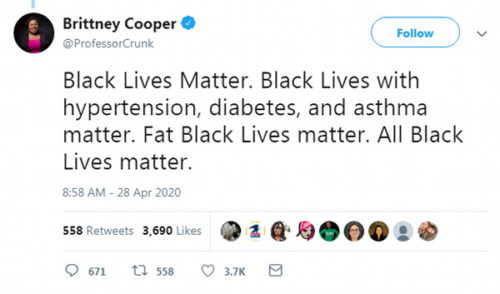 In a separate thread, she doubled down and explained that because she has tenure she will not be fired for this. 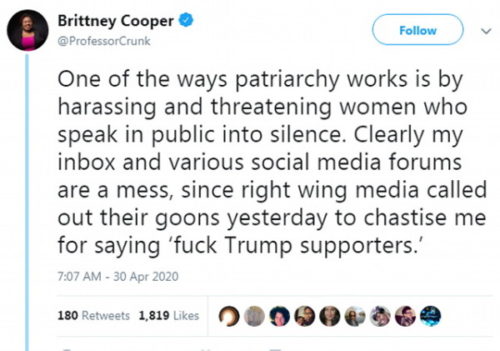 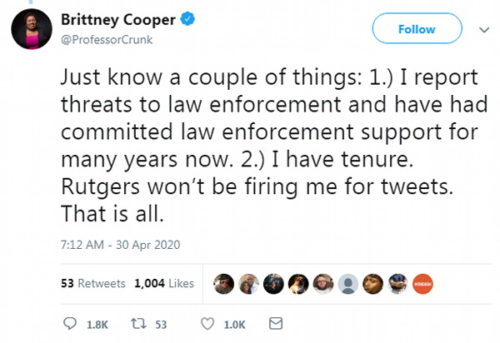 Dom Calicchio of FOX News has more on Cooper’s background:

Cooper has a history of criticizing President Trump. Last October she asserted the president’s policies were partly to blame for weight problems among African-American women. Last August, she claimed Trump was willing to “get us into war” to keep the economy strong to bolster his 2020 reelection hopes.

She is the author of “Eloquent Rage: A Black Feminist Discovers Her Superpower,” which The Guardian ranked among its “Top 10 Books About Angry Women,” according to Amazon.

This “lady” appears to be a fast track, affirmative action, bimbo, who could be a poster person for the devolution of our educational system.

This “lady” appears to be a fast track, affirmative action, bimbo, who could be a poster person for the devolution of our educational system. Her resume skipped the fact that she has done extensive lab work in “obesity studies”.

Clearly she’s responsible for all the starvation over in Africa. The millions of dead black children that would have had food if it were not for this woman. The shame. The crimes against humanity. The, oh, look… Twinkies!