Will also receive back pay 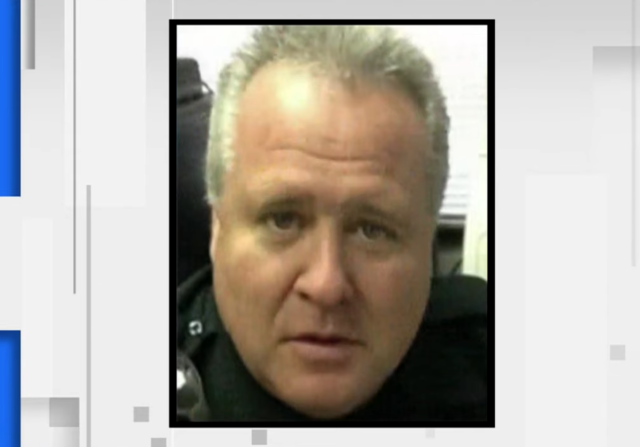 Brian Miller, the sheriff’s sergeant who was fired for failure to act while a mass shooting was happening at Marjory Stoneman Douglas High School, is getting his job back. Complete with back pay.

Miller had been the first supervisor on the scene and reportedly, was able to hear gun shots. Miller hid behind his car, put on a vest, and didn’t bother radioing anyone for a solid 10 minutes while the shooting went on.

Miller will be reinstated after the Broward County Sheriff’s Union found he was not granted due process before being fired.

A sheriff’s sergeant who was fired for sitting in his car and failing to react while a gunman slaughtered students at Marjory Stoneman Douglas High School will get his job back.

An arbitrator has dismissed the case against Brian Miller. According to a statement from the union that represents deputies and sergeants, the arbitrator found that the Broward County Sheriff’s Office violated Miller’s due process rights when Sheriff Gregory Tony  terminated him long after state law allowed it.

Miller will received considerable money when reinstated. He was paid more than $137,000  in 2018. That includes a year’s salary, any overtime that he would have received, as well as medical reimbursements, paid holidays and time off.

Cruz’s rampage exposed widespread failures at the Sheriff’s Office. The deputy assigned to the school, Scot Peterson, was charged with multiple counts of child neglect. Peterson was widely criticized for taking cover outside the school while Cruz was gunning down people inside. But the criticism didn’t stop with Peterson.

Broward Sheriff Scott Isreal was ousted over the department’s failures in Parkland and at a mass shooting a year earlier at Fort Lauderdale-Hollywood International Airport. His replacement, Tony, canned Miller and then deputies Joshua Stambaugh and Edward Eason a few weeks later.

I’m not sure exactly where it falls in the rankings of “most crooked counties in America,” but Broward County stinks to high heaven.

Broward County Sheriff Scott Israel was run out of his post in the aftermath of the Parkland shooting. A decision the state Supreme Court upheld.

It appears that cowardice is a prime union trait. Perhaps even a requirement. I’ll bet the rank and file are proud. Something is terribly wrong to promote hiding while school children are killed.

I see that the misinformation on this incident still abounds in the media. Let me set you people straight here.

First, as, senior officer on the scene and a sergeant, Miller should have taken control of the scene. Should his failure to do so have resulted in termination? It usually does not, but it could have.

Now to the actual incident itself. The shooter entered the unsecured campus carrying what was clearly identifiable as a rifle case. He is seen on three separate occasions by three school employees, all of whom had radios and all of whom failed to notify the office of his presence, as he walked to Bldg 12. The first that the Broward Sheriff’s Office knew of the incident was when Dep. Peterson arrived at the building and heard the last few shots fired on the first floor. All of the casualties, on that floor had already occurred. And, it is over a minute and a half since Cruz first opened fire. Dep. Peterson chose not to enter the building immediately. Whether this was a good idea or not has been hotly debated. However, no active shooter training program instructs officers to enter singly, the minimum number being two. Peterson, seemingly overwhelmed by the incident fails to exercise adequate control of the scene and response. Now, I’ll explain this later, but the protocol for thee active shooter incidents changes, when the shooting stops. At that point the response changes from an immediate entry to stop an active shooter to containment with a controlled response to locate an armed intruder in a barricaded subject/hostage situation.

Now Miller arrives five minutes after the shooting has started and at the same time as the last shots are fired. Five other deputies have arrived approximately 30 seconds ahead of Miller. At this point, Miller should have taken command of the scene, gotten a sitrep from Peterson and directed other on-scene units to converge on the building. None of this happened and this is where the situation really broke down.

In less than a minute of Miller’s arrival, the shooter has dropped his weapon on the third floor landing of the building and is running down the stairs and out a side door to the building. He escapes. The entire shooting incident took five and a half minutes from first shot to the shooter exiting the building. In contrast, in the Virginia Beach shooting, the first officers arrived within one minute, from the police station across the street, but did not enter the building for another 5 minutes. They encountered the armed suspect about a minute later, engaged in a short firefight with him, in which one officer was shot and incapacitated. The gunman retreated to an office space, where he was contained until SWAT arrived and made entry nearly 15 minutes later. The VB cops were hailed as heroes, by the way.

The District Commander for BSO’s Parkland District requested that a perimeter be established while she responded to the scene. But, with little or no active on-scene command, this was not done. The school’s CCTV security monitors were checked, but being on a 20 minute delay, due to a rewind, they still showed the shooter milling around inside the building. A coordinated response was finally set up, 5 minutes after the shooter had left the building and entry was made by BSO and CRPD officers. This was in accordance with the barricaded suspect/hostage protocol. However, as the whereabouts of the shooter were not known, the building had to be swept by armed personnel. EMTs followed them inside and began treating casualties and uninjured people were moved out of the building. So, 10 minutes after the shooting began, 5 minutes after the shooting had stopped and about 9 minutes after the first deputy arrived on scene, entry had been made and the building was being secured and casualties treated. While not a fabulous response time, it was not significantly worse than other similar incidents.

Now, let me address two more things. The first is Peteron’s lack of response nd the criminal charges filed. Peterson was charged under three statutes. The first was for untruth in a sworn statement. The others were related to the deaths on the third floor and were for child neglect and culpable negligence. The child neglect charges will be summarily dismissed because the Florida courts had already ruled, at that time, that School Resource Officers, unlike school employees, were not acting in loco parentis, while on school grounds. This was a requirement for child neglect at that time. The statute has since been changed to state that a SRO is acting in loco parentis while on campus. The culpable negligence charges will also be dismissed, as there is no evidence hat if Peterson enter the building, immediately upon his arrival, that he would have intercepted the shooter before the shooter reached the third floor and had shot all of the casualties there. No, charges were lodged based upon the casualties on the first floor. The only charge that will stick is the false statement charge. Strangely, none of the school employees, who WERE actually acting in loco parentis, were not charged with any crimes.

Finally. people have to understand what happened here. The media, and certain parents, wanted someone in authority to be held responsible for this incident. They most logical entity for that would have been the Broward County School Board. They were directly responsible for the security at the campus and three of their employees had knowledge that the shooter was on campus and was not supposed to be there and failed to notify the office or anyone else of his presence. There was no effective entry control and the school boards “security” program failed to function. But, early on in this affair, these people zeroed in on the Sheriff and his deputies to take the heat. Were there problems with the BSO response? Yes. Were those actions, or inactions, responsible for any of the casualties, Not likely. The one thing that could have been almost guaranteed to have stopped thos from occurring was if entry was severely limited [1 or 2 POEs] with armed personnel stationed there to attempt to stop an armed invader. This, was not present however. Anther interesting fact is that after the MSDHS Commission and all the money spent to upgrade school security in Florida, the security requirements, statewide, are almost exactly the same as those at MSDHS on the day of the shooting. Nothing has changed.

Here is a pretty good timeline on the incident:

Travesty of justice aside, this piece of excrement needs to be careful. I just hope other cops hold him in as much contempt as Florida parents do.

Actual, he will probably simply take retirement. Speaking of Florida parents, why haven’t they demanded that adequate security be put in place to stop an armed school invasion from happening again?

“having adequate security in place….”
That ship sailed before the shooter showed up at school that day. The shooter was known as dangerous and unhinged. He should have been banned from being with in a mile of that school or any school. School administrators and law enforcement failed to head the problem off in a timely way. Once he’s on campus with a loaded gun, before the first shot, they failed.