Team Biden is going after Reade with a fury, this interview could be a problem for him if the mainstream media dares play it. 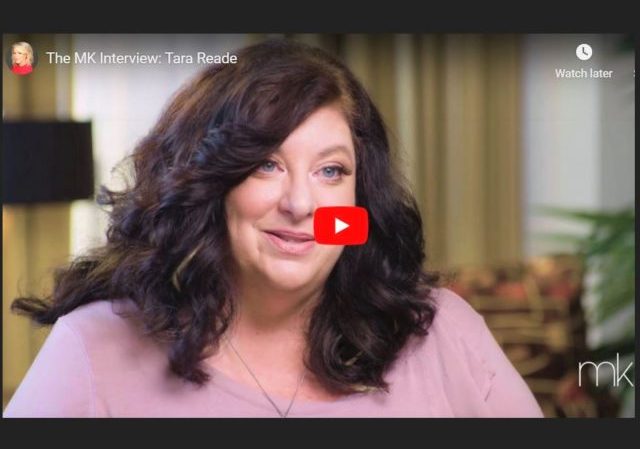 Megyn Kelly released on YouTube a 42-minute interview with Tara Reade, who has accused Joe Biden of sexual assault in 1993. While Team Biden has gone after Reade for inconsistencies in her story over time, there also have been corroborating witnesses and documents that show she told others about the assault, or at least problems with Biden, at the time and in the early years after that.

As I’ve pointed out before, telling a consistent story is not itself proof that the event happened. Someone could consistently lie about something. It does, however, rebut claims that the story was recently fabricated, for political or other purposes.

Kelly did a good job, this was no softball interview. But it also wasn’t an attack interview. It’s a reminder how talented Kelly is, and what a mistake she made running to a format at NBC that didn’t fit her skills (though she made a fortune).

Here are a couple of clips previously released.

MK EXCLUSIVE: #TaraReade responds to #JoeBiden; calls for him to drop out pic.twitter.com/jxHAUYaWVU

MK EXCLUSIVE: Will Tara Reade go under oath or take a polygraph? pic.twitter.com/aBXohhg14n

The Daily Caller has quotes from the interview:

Reade began her story by telling Kelly how she was given a gym bag to give to Biden. She says she was told to “hurry” and could remember small things like her legs hurting as she tried to rush.

“He [Biden] greeted me, he remembered my name … I handed him the bag, and it happened very quickly,” Reade said as she began to describe the alleged assault. “I remember. I remember being pushed up against the wall and thinking – the first thought I had was ‘where’s the bag,’ which is absurd thought.”

“He [Biden] had his hands underneath my clothes and it happened all at once,” Reade continued as she broke down. “So he had one hand underneath my shirt and the other hand I had a skirt on, and he like went down my skirt and then went up and I remember I was up almost on my tippie toes.” …

Biden whispered and asked if she wanted to go elsewhere, Reade said. She added that he “said something vulgar,” and Kelly pressed, asking what exactly Biden said….

“‘I wanna fuck you,’” Reade says Biden told her. “And he said it low and I was pushing away.” (RELATED: It Took 37 Days For Media To Ask Joe Biden About Tara Reade’s Sexual Assault Accusation)

“I remember my knee hurting because our knees, he had opened his leg with his knee and our kneecaps clashed so I felt like this sharp pain,” she continued. “His fingers were inside my private area, my vagina, and it wasn’t … there was no small talk.”

“I was just … my mind was racing, and, in that moment, I knew this was really bad,” Reade said. “I knew it was more than just the assault. He was that angry.”

The alleged sexual assault ended with a comment from Biden that Reade says has stayed with her for her entire life. Biden pointed his finger at her and said “you’re nothing to me. You’re nothing,” according to Reade.

Watch the whole thing. She tells her story of the assault beginning at 6:30 of the video.

Reade has been excoriated by Biden supporters and seeming contradictions have been put forth, and there may be more facts to come forward.

But based on this interview, and what you’ve heard so far, do you believe Reade’s claim about the sexual assault?

trump said he COULD grab a woman in a certain spot and they would let him, press/people went nuts.
Biden very well may have grabbed and inserted into that spot…..crickets.
then there are people like this

Joe Biden could rape ME in the middle of Fifth Avenue and I would still vote for him before I would vote for Trump or Sanders. #ForReal #StopTheStupid #

Reade’s accusation against Biden is infinitely more believable than was Ford’s against Kavanuagh. But, Ford had zero credibility, and Biden has been caught on video numerous times perving women. When will the story resurface about Biden skinny dipping in front of female Secret Service agents at the VP’s residence?

There’s a long pattern of misbehavior with Dementia Joe.

For one minute let’s assume that Kavanaugh did what Donald Duck voice said he did. From there go to his life for the next 36 years and see if there have been any creepy things that he has done to ANY woman or women. None. Zero in fact all of the women that have ever worked for him said that he was the best and almost fatherly. Let’s do the same to Joe “Fingers” Biden. Rumors were that he had a little bit of a woman problem during this period in his life but let’s stick with Reade. What did he do for the next 27 years? Is there any kind of creepy pattern to his behavior towards all women? Hell yes! It doesn’t seem to matter their ages either. Young or old. Pretty or ugly, he is a creep. That does it for me rather than just this one case. I do not care to watch her interview but it will factor into my vote.

I believe what she has said is true. However doing it almost 30 years after the fact makes me want to yawn. I sit here near my wife to whom some scumbag grocer exposed himself to her when she was about 11. She ran home and told no one fearing her father would make it right with extreme prejudice. If victims want to be taken seriously they need to report the crime as soon as it is safe to do so and preserve any evidence. As a society and in the interest of justice we need to publish the names of the victims as well as the accused. Coming out 30 years after the fact serves no purpose other than political and media fodder.

This lifelong Democrat did not wait “almost 30 years”. A complaint was filed contemporaneously. Furthermore, the mother whom she told, called in to Larry King (on tape) and asked what are you supposed to do when your daughter can get no satisfaction. She also told others at around the same time, who have come forth. In 1996, her husband in a legal issue with her said she was still suffering considerably from a sexual harassment issue while in Biden’s office. This was at a time when Bill Clinton had already proven to be untouchable for allegedly worse behavior (and Ted Kennedy). Decades later she mistakenly thought the MeToo movement meant things were different. Christine Blasey Ford came forth after many more years and couldn’t remember date/time/place details or produce any corroboration at all.

I put down “leaning yes” but you should have the option “Yes but embellished”. I think Biden surely hit on her in 1993, and probably put his hands all over her at least as much as he has done in public with others. But I don’t believe her melodramatic descriptions, particularly her own overly emotional reactions. I have no doubt she is gilding the lily. I think she is politically motivated in a Quixotic quest to install Crazy Bernie Sanders as nominee. Yes Senile Old Joe hit on her in 1993, but so what.