Power play between citizen in county with almost no coronavirus cases and the Governor. For now, the Governor has won. 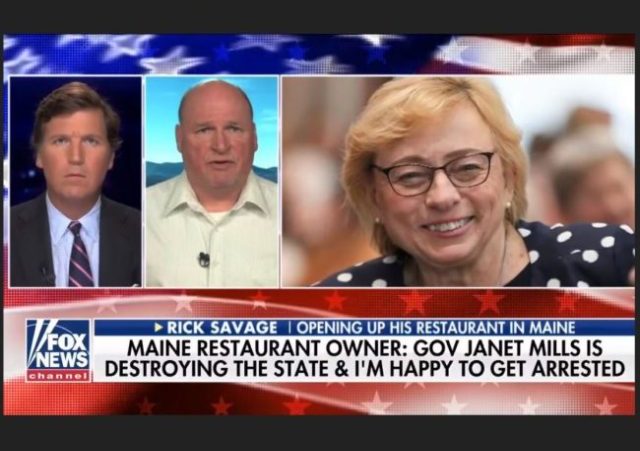 The outrageous tyranny of Michigan governor Gretchen Whitmer and her heavy-handed, illogical, and irresponsible Wuhan coronavirus edicts have finally been outdone by another Democrat governor, this time on the east coast.

Maine governor Janet Mills jumped on the one-size-fits all Wuhan coronavirus bandwagon, and forced a state-wide shutdown order, including in counties that have tiny numbers of infections and zero deaths.

This diktat made no sense to restaurateur Rick Savage, whose business is in Oxford County, Maine.  Oxford is one of many U.S. counties to register zero deaths due to Wuhan coronavirus. 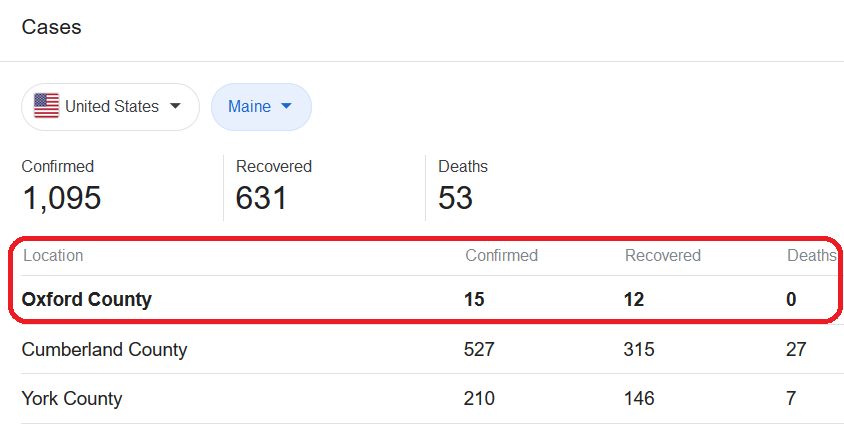 We’re talking about a county that not only has zero Wuhan coronavirus deaths, but that has worked to prepare itself for a potential pandemic possibility.

Savage saw the ludicrous nature of the blanket lockdown that has been based on New York City i.e. on the most unique and populous city in the nation, and he decided he’d open his restaurant out in rural Maine for dine-in customers, respecting the six foot social distancing rule and providing many means of social distancing.

Savage appeared on Tucker earlier this week and castigated the governor of Maine, going so far as to give out her phone number for people to complain. Watch:

Following his public challenge to the government and opening his restaurant in defiance, Savage soon learned that he had lost both his health and liquor licenses.

The co-owner of Sunday River Brewing Co. in Bethel who defied state orders by opening his doors to diners on Friday afternoon has lost his state health and liquor licenses, he said.

More than 150 people came to Sunday River Brewing Co. in Bethel on Friday afternoon after co-owner Rick Savage announced Thursday night that he would reopen in defiance of state orders meant to prevent the spread of the coronavirus.

After learning that he’d lost the licenses around 4:30 p.m., Savage initially said he planned to keep operating the restaurant and just pay the daily fines that he would face. However, later in the evening, Sunday River Brewing Co. posted a Facebook post stating that the restaurant would be closed until further notice.

This small  business owner appears to be the victim of political machinations intended to make of him an “example,” a small business owner destroyed by their own state.  Way to go, Maine!

Most politician are just on a POWER TRIP. They get their paychecks and could care less about their constituents and their problems.