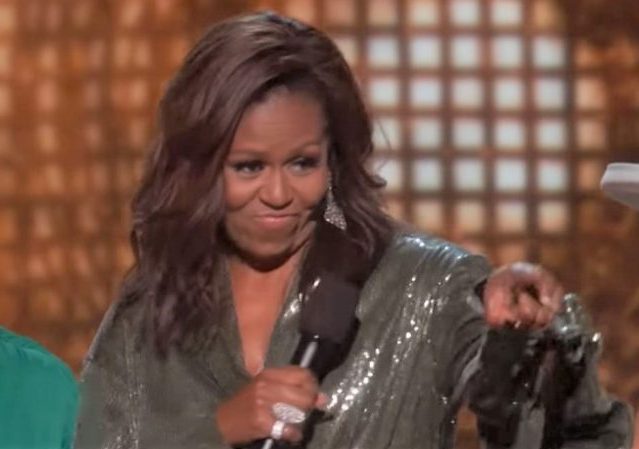 You knew it was coming — an organized effort to push Michelle Obama as Biden’s vice presidential pick.

From The HillThe Hill:

Biden has said on several occasions that he would be willing to pick Obama for the spot.

The committee, which filed with the Federal Election Commission on April 26, said its goal is to show Obama how many people want her to accept Biden’s informal request for her to serve.

From the committee’s official release:

Joe Biden has said he would choose Michelle Obama as his running mate “in a heartbeat.” The aim of this campaign is to build on the substantial grassroots support for a potential Michelle Obama candidacy and help garner media attention for a vice presidential nominee who has the power to beat Donald Trump.

The Committee to Draft Michelle Obama firmly believes that Ms. Obama will not only benefit the Democratic ticket this November but also help lead this country to be more just and caring. However strongly we support Ms. Obama as Vice President Biden’s running mate, we will transfer our resolve to whoever joins the ticket to defeat the most dangerous incumbent in the history of our
nation.

With a historic battle to reclaim the soul of America looming this November and the peril caused by the Coronavirus Pandemic, it remains in the best interest of the Democratic Party to nominate a vice-presidential candidate who has the trust of the American people, a vision to lead our nation forward and empathy for the challenges faced by all Americans.

Ms. Obama, the most admired woman in America, will be a vital asset this November, when Vice President Biden will face an uphill battle to combat the lies and deceit emanating from the White House. Her credibility as a trusted leader and a strong symbol of unity within the Democratic Party would certainly help Democrats defeat Republicans up and down the ballot.

The mere fact that Democrats are still toying with an Obama assist is proof they’re concerned about Biden as the presumptive nominee.

Got that? Michelle as VP nominee as a stealth way for the Obamas to regain control of the White House.

It’s a lot less work for Michelle than running for president herself. The TV networks would give her adoring coverage, the major newspapers would swoon, Hollywood and the entertainment industry would go to bat for her. Basically, just put Michelle on the ticket, watch Joe fade, then take over. All she would have to do is show up to save Joe.

I’m not predicting that will happen, but let’s face it, the fact that there still is chatter among Democrats about Michelle saving the party shows how fundamentally weak Biden is as a candidate.

From our prior coverage:

Just what we need, a flaming tranny in the number two position in the U.S., just waiting for his chance to continue the destruction of our country his partner championed.

The seditious gay Kenyan commie wants her to become head honcho just so he will no longer be the worst president in history.

Wilson and possibly Buchanan were worse.

Carter had it in the bag until Obowelmovement came along and kicked him back to second place.