A study associated with MIT of sewage found that one section of Massachusetts likely has over 100,000 coronavirus cases. 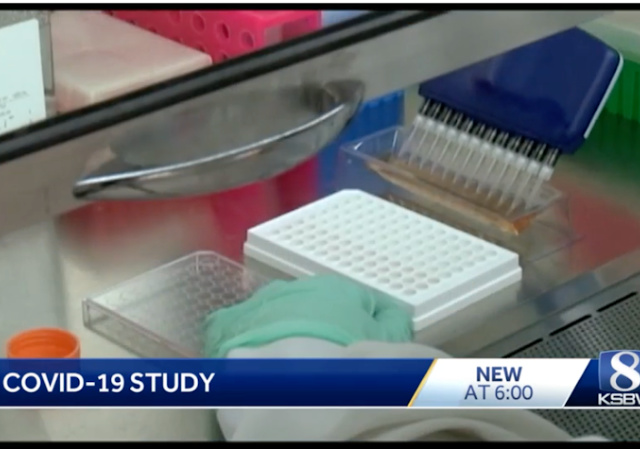 Stanford Medicine began an investigation to discover herd immunity to the Wuhan coronavirus.

Researchers at Stanford Medicine are working to find out what proportion of Californians have already had COVID-19. The new study could help policymakers make more informed decisions during the coronavirus pandemic.

The team tested 3,200 people at three Bay Area locations on Saturday using an antibody test for COVID-19 and expect to release results in the coming weeks. The data could help to prove COVID-19 arrived undetected in California much earlier than previously thought.

The hypothesis that COVID-19 first started spreading in California in the fall of 2019 is one explanation for the state’s lower than expected case numbers.

As of Tuesday, the state had 374 reported COVID-19 fatalities in a state of 40 million people, compared to New York which has seen 14 times as many fatalities and has a population half that of California. Social distancing could be playing a role but New York’s stay-at-home order went into effect on March 22, three days after California implemented its order.

Senior Fellow Victor Davis Hanson at Stanford’s Hoover Institute said the investigators know something has happened, but they “haven’t quite found out yet.”

Hanson also believes the coronavirus began in California in the fall because the state welcomed “as many as 8,000 Chinese nationals daily into our airports. Some of those visitors even arriving on direct flights from Wuhan, the epicenter of the coronavirus outbreak in China.”

On Friday and Saturday, the study’s co-lead Eran Bendavid coordinated testing at sites in San Jose, Los Gatos and Mountain View. The teams used an antibody test from the company Premier Biotech. Technicians use a finger prick to draw blood for the test and it can tell within minutes if a person developed antibodies to COVID-19.

The same brand test is being offered at a lab in Monterey and healthcare workers there are closely watching the study. Spenser Smith with ARCpoint Labs is aware of the theory that COVID-19 arrived here as early as the fall and that some people may have had the virus unknowingly.

MIT: One Part of Massachusetts has Over 100K Cases Due to Sewage Tests

A study associated with MIT of sewage found that one section of Massachusetts likely has over 100,000 coronavirus cases:

Biobot Analytics, which is a lab associated with the Massachusetts Institute of Technology, published research this week that an analysis of sewage from a treatment facility in “a large metropolitan area in the state of Massachusetts” suggested that many more people potentially have the highly contagious disease than tests have confirmed.

“On March 25, the area represented by the sample had approximately 446 confirmed cases of Covid-19,” Biobot researchers wrote Wednesday in a post about their research. “Based on our sewage analysis, we estimate that up to 115,000 people are infected and shedding the SARS-CoV-2 virus.”

Biobot, which didn’t respond to requests for comment, didn’t specify where in the state the samples came from.

President Donald Trump said at the briefing that the country has completed two million tests:

“We want to have it and we’re going to see if we have it. Do you need it? No. Is it a nice thing to do? Yes. We’re talking about 325 million people and that’s not gonna happen, as you can imagine, and it would never happen with anyone else, either,” the President said. “Other countries do it, but they do it in a limited form. We’ll probably be the leader of the pack.”
Trump also suggested there would be “massive testing” in “certain areas” of the country.

Coronavirus Cases in Washington Have Slowed Down

Some evidence have shown that coronavirus has slowed down in Washington:

While data may be lagging, and some county and state numbers differ, there is at least some evidence that new cases have slowed—for now. King County, which includes Seattle, saw its highest day of new infections on March 26 with roughly 200 cases, with lower daily numbers since then. Snohomish County experienced its largest daily tally on March 27 with 137 new cases, and has since seen a similar decrease. According to UW’s Institute for Health Metrics and Evaluation, which provided Ms. Brandenburg with those initial estimates, the state’s peak of Covid-19 deaths may have already passed.

This past Sunday, Gov. Jay Inslee announced Washington would return more than 400 of the 500 extra ventilators it received from the federal government. Other states needed them more, he said.

“Even if we did see additional volumes of patients, we could absorb those right now. That tells us that we are in reasonable shape,” said Tim Dellit, chief medical officer at UW Medicine, which currently has 79 open ICU beds.

Hospital leaders say that early planning, swift implementation of social-distancing measures and the way the virus spread here have helped them weather the storm. So far, at least 421 people have died from Covid-19 in Washington, state data show, though that figure may not reflect all deaths tabulated by counties. In King County, there have been 244 deaths, or roughly 10.83 per 100,000 residents. New York City, by contrast, has had over 4,000 deaths, or about 47 per 100,000 residents.

However, 799 more people have died from coronavirus:

In the past two weeks, the number of virus patients hospitalized has grown more and more slowly, from over 20 percent a day at one point to single-digit percent increases this week.

If the trend were to continue, the number of people in hospitals would soon start to decline — a sign that the virus had passed its apex.

But the number of people dying of the virus continues to grow. The state recorded 799 deaths from Wednesday to Thursday, another one-day high.

So, it seems a randomized anti-body test, which it seems Stanford is conducting, can get a good handle on that question. A couple of similar randomized studies could be done nationally.

I know of one person who has had it along with his family. They felt ooky. That was it.

Every member of my extended family had a weird cold this year. Dry cough. Went on longer than normal. I felt winded like I wasn’t getting enough O2 at lower stress levels (wondered if I had a heart issue). I took it easy for a couple weeks and it passed.

I do BJJ and roll with Drs/Nurses/Practitioners/firefighters who are exposed to everything. When I trained The mats would be covered with germs from kids class before that.

Was it the virus? Don’t know. If it was, most of my area has had it and we are being shut down for no good reason.

With the various ways data about deaths have been reported from blaming every death on the Communist Bat Soup Flu Virus (CBSFV) (credit to The Other McCain) to making sure the the cause is really CBSFV, could it be the reported low death rate in CA is basically that, a reported low death rate. Instead of trying to maximize the count according to “new” CDC guidelines which count every death as CBSFV if there is the remotest connection, perhaps, .CA, may have minimized them, to make the governor and state government look good. Doesn’t the state government, at the basic level, decide how deaths are to be reported?

I predict we’ll eventually discover that the infection was very widespread, and that therefore the mortality rate is many orders of magnitude lower than the models predicted early on.

The lesson will be that “the scientists” are often wrong, especially when they’re relying upon predictive models.

But will we learn the lesson? And will it impact the raving lunacy regarding the “climate crisis” debate?

And scientists are usually always wrong when they’re nothing more than political hacks.

Yep, and one of the benefits to the progs of their takeover of the academy is that they now have a built-in base of “experts” when they make their “appeals to authority.” Progs rarely debate / argue in good faith.

#MeTooflu
I got nailed in December along with everyone at work. I’m already a germophobe especially in winter. Don’t know how the hell I got sick but I was sick for a week. I never get sick. Had high temp and lungs were aching and that damn dry cough. Really cut down on my smoking.

Same stories up here. I have suspicion from family member in Oklahoma in November at the virus was there by that time.

The mayor of Anchorage is using the Chinese published information as a basis for ramping up the city. Does that include cremation of living patients and suppression of facts? There is a “D” after his name.