“Spying on innocent citizens…this must be one of the most fascist things I’ve ever seen.” 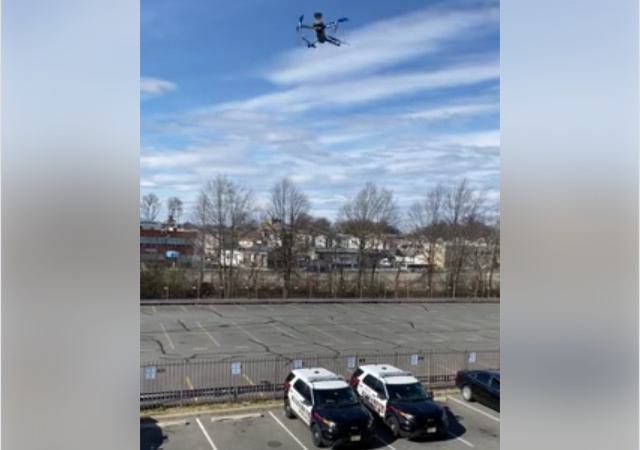 First, we find out that Google will hand over location date to health officials.

Now we have a city in New Jersey using drones to enforce social distancing rules. The city is using drones from a company headquartered in China, too.

Can someone please remind every government in the country that 1984 is a novel, not an instructional manual?

The Elizabeth Police Department made the announcement via Facebook:

These drones will be around the City with an automated message from the Mayor telling you to STOP gathering, disperse and go home.

Summonses HAVE AND WILL CONTINUE to be issued to those found in violation.

You have been advised.

China did this after the Wuhan coronavirus broke out. Belgium also used drones on their citizens.

It gets more disturbing because NJ.com reported the department will use drones from DJI Technology.

DJI Technology’s headquarters is based in China. The company’s website also states that the “drones could be used to spray disinfectants or check temperatures using infrared cameras.”

Elizabeth spokeswoman Kelly Martins assured citizens the police department will only use the drones that can send out recorded messages. Martins said officials will deploy the drones “in areas that may be difficult for a police car to access, to have people do social distance.”

I know I’m a paranoid libertarian who hates government (just ask Professor Jacobson!) but please tell me I’m not the only one who finds this creepy and worrisome. Some of the comments on the Facebook post show I’m not alone:

Bill of Rights? What Bill of Rights? We surrendered them without even a whimper. Freedom of Speech, Freedom to Peacefully Assemble, Freedom of Religion, due process, et al. If you think you’ll get them back, you’re dreaming. This whole exercise is a precedent that will come back to haunt us next year or the year after, or any year in the future when another pseudo-emergency appears.

“If the government told you to jump off a bridge, would you do it?”

We have all proved to big government socialists around the world that yes indeed we will jump.