Pep Talk Cancelled, Read This Trump Letter to Schumer Instead

Pep Talk Cancelled, Read This Trump Letter to Schumer Instead

“If you spent less time on your ridiculous impeachment hoax … and instead focused on helping the people of New York, then New York would not have been so completely unprepared …. You have been missing in action, except when it comes to the “press.” 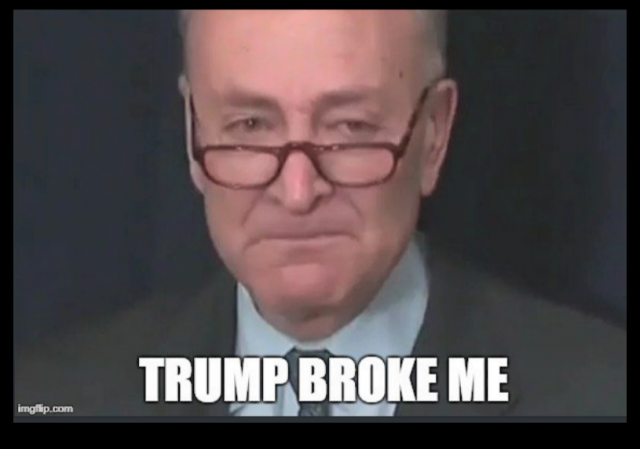 So, tonight was going to be a thought piece, a way to put what is going on in context, to raise readers’ spirits, to bring a ray of light into the dark alley in which we are trapped.

I’ve done these Pep Talks before.

I’ll get to that thought piece, but for tonight, Donald Trump did it for me with a letter to Chuck Schumer.

You may recall that the most dangerous place on earth, Bob Dole wisely observed, is between Chuck Schumer and the TV cameras.

And Chuck has been in front of TV cameras, and writing nastygrams to Trump over shortages of medical supplies in New York State, and calling for a military person to take over supply procurement at the federal level:

Trump also just responded in a letter, which reads in part:

Thank you for your Democrat public relations letter and incorrect sound bites, which are wrong in every way” …

4. We have given New York many things, including hospitals, medical centers, medical supplies, record numbers of ventilators, and more. You should have had New York much better prepared than you did, and as Dr. Fauci and Dr. Birx said yesterday, New York was very late in its fight against the virus. As you are aware, the Federal Government is merely a back-up for state governments. Unfortunately, your state needed far more of a back-up than most others.

If you spent less time on your ridiculous impeachment hoax, which went haplessly on forever and ended up going nowhere (except increasing my poll numbers), and instead focused on helping the people of New York, then New York would not have been so completely unprepared for the “invisible enemy.” No wonder AOC and others are thinking about running against you in the primary. If they did, they would likely win.

Fortunately, we have been working with your state and city governments, Governor Andrew Cuomo and Mayor Bill DeBlasio, to get the job done.  You have been missing in action, except when it comes to the “press.” While you have stated that you don’t like Andrew Cuomo, you ought to start working alongside him for the good of all New Yorkers.

I’ve known you for many years, but I never knew how bad a Senator you are for the state of New York, until I became President. 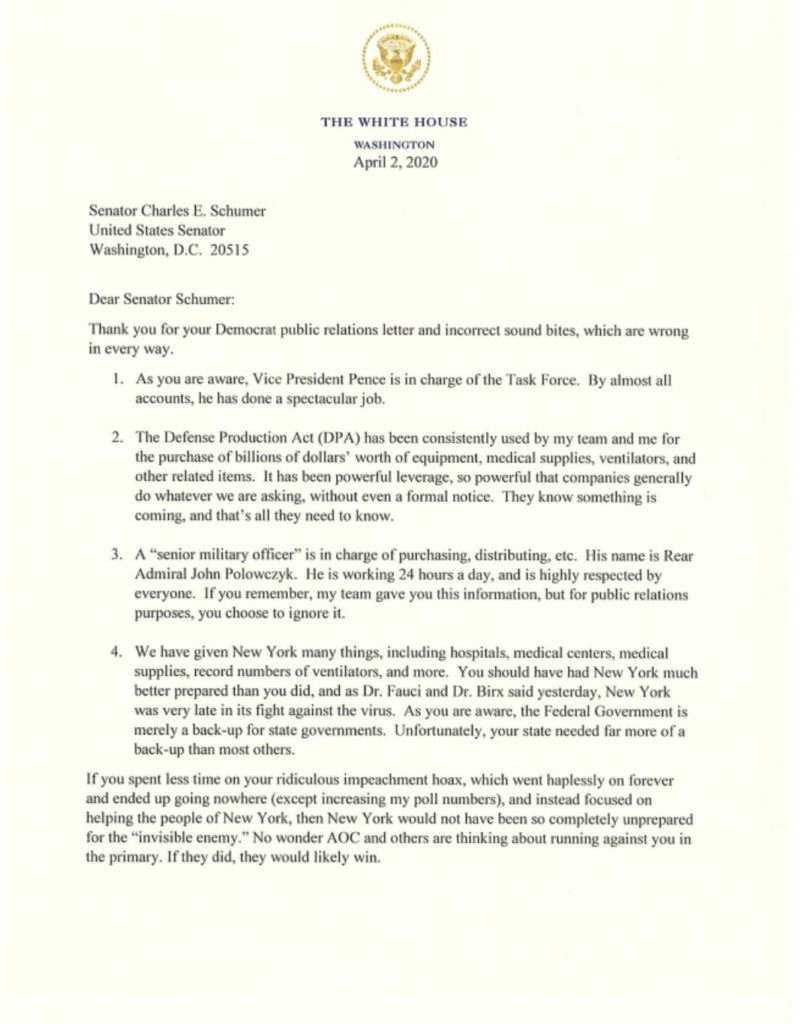 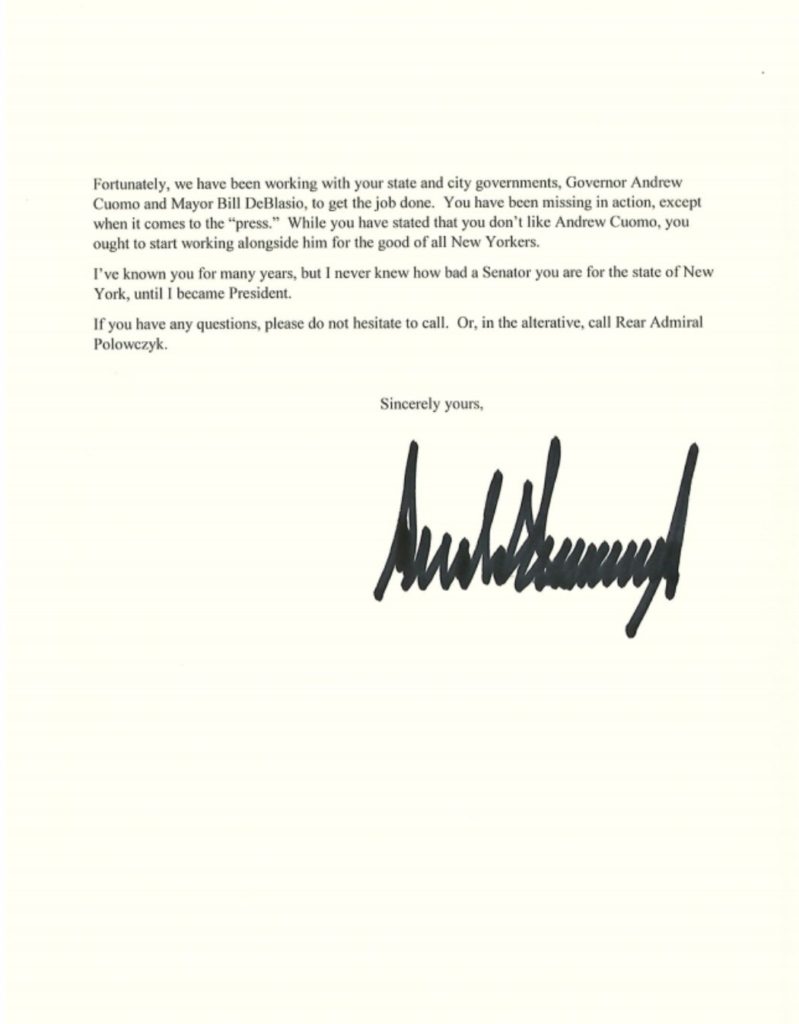 Has that pepped you up?

When people are under constant attack by the Chuck Schumers of the world — and we all are in our own ways — having someone who punches back is a pretty good pep talk.

One of the most needed infrastructure projects in the country is the NJ /NY rail tunnel. How is it that the minority leader of the senate can’t get such a project moved forward, another senator ( Menendez), Congressman Nadler among other others, they have no desire to improve their home districts, they are more focused on trying to destroy Trump and other republicans, they can’t make a deal with Mrs. Mc Connell either to get it done in a reasonable time frame and at a reasonable cost.
Problem is the electorate won’t remove them from office when their name appears on the ballot.

Dear President Trump–You cannot have any idea how much those of us who live in upstate NY–you know, those who in Nyawk parlance are considered apple-knockers,rubes, hicks, and deplorables–appreciate your letter to Schumer. Sadly, I don’t believe that it will make any difference.

“Last month I was a deplorable. Today I am an essential.”

Pearls before a pig.

Because this is the “Coup II Flu”, make no mistake.