The former neighbor declared the alleged assault happened “because I remember talking about it” with Reade in the mid-90s. 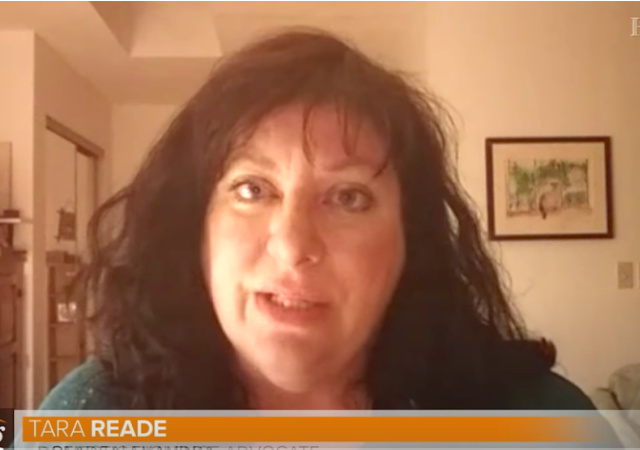 A former neighbor and former colleague of Tara Reade, the woman who accused presumptive Democratic presidential candidate Joe Biden sexually assaulted her in 1993, told Business Insider she told them about the alleged assault in the mid-1990s.

These two people join Reade’s brother Collin Moulton and another friend who wants to remain anonymous as those who can corroborate her story.

In interviews with Insider, The New York Times, The Washington Post, and the politics podcaster Katie Halper — who broke the story of the assault allegations — Reade has said that in the spring or summer of 1993, she was told to meet Biden in a semiprivate corridor to deliver a duffel bag. There, she said, Biden pushed her up against a wall, reached under her skirt, and penetrated her with his fingers. When she resisted his advances, Reade said, Biden expressed annoyance and said, “Aw man, I heard you liked me.” Then, she said, he pointed a finger at her and said, “You’re nothing to me.” After that, she said, he shook her by the shoulders and said, “You’re OK, you’re fine,” before walking away.

Before the alleged assault, Reade said, she had already complained to her superiors in Biden’s office that the way Biden looked at her and touched her made her uncomfortable. She got no response, she said, and after the alleged assault was abruptly relieved of her duties managing interns. She said she later filed a complaint about her treatment — but not the about the assault allegation — with a Senate human-resources office.

Lynda LaCasse declared the alleged assault happened “because I remember talking about it” when she lived next door to Reade in the mid-90s.

LaCasse said she would smoke on her porch after she put her daughter to bed. Reade would join her sometimes.

Reade brought it up when the two women spoke about violent stories. LaCasse told Reade she “had a violent situation,” which led to Reade saying the “senator that she had worked for and he put his hand up her skirt.”

LaCasse told Insider that in 1995 or 1996, Reade told her she had been assaulted by Biden. “I remember her saying, here was this person that she was working for and she idolized him,” LaCasse said. “And he kind of put her up against a wall. And he put his hand up her skirt and he put his fingers inside her. She felt like she was assaulted, and she really didn’t feel there was anything she could do.”

LaCasse said that she remembers Reade getting emotional as she told the story. “She was crying,” she said. “She was upset. And the more she talked about it, the more she started crying. I remember saying that she needed to file a police report.” LaCasse said she does not recall whether Reade supplied any other details, like the location of the alleged assault or anything Biden may have said.

LaCasse is the first person to independently corroborate, in detail and on the record, that Reade had told others about her assault allegations contemporaneously. Reade’s brother Collin Moulton previously told Insider that he recalled his sister saying that Biden “had his hand under her clothes at some point.”

LaCasse is anti-President Donald Trump. She supports Biden and still does. But since Reade’s story has faced scrutiny, LaCasse has felt the need “to come out and say this.”

Lorraine Sanchez worked with Reade in the office from 1994 to 1996:

Sanchez told Insider that Reade complained at the time about being mistreated by her former employer.

“[Reade said] she had been sexually harassed by her former boss while she was in DC,” Sanchez said, “and as a result of her voicing her concerns to her supervisors, she was let go, fired.”

Sanchez said she does not recall if Reade offered details about the sort of harassment she allegedly suffered, or if she named Biden. “What I do remember,” Sanchez said, “is reassuring her that nothing like that would ever happen to her here in our office, that she was in a safe place, free from any sexual harassment.” Reade said she never experienced harassment from any other employer she had during her time in Washington, and that the employer Sanchez recalls her complaining about was Biden.

Sanchez praised Reade for speaking out. “It takes great courage and strength to come forward,” Sanchez said in a statement to Insider. “It’s much easier to keep silent. However, I also understand the duty we have as women to share our story regardless of who the perpetrator may be.”

Biden’s done. DNC will let this play out while the rest of the primaries are cancelled, following New York’s example. This will allow the DNC to keep both Sanders and Biden from getting to 1991 delegates and allow the super delegates to pick the nominee after Biden is either forced to drop out or cast aside at the convention.

I’m astounded that the friend who is backing her claim still supports Biden!
What the heck?!

She and her supporters better be careful taking on the DNC machine with this allegation. Joe Biden is the current favorite son, too many others that have developed a case of “Arkancide” going against the party bosses.