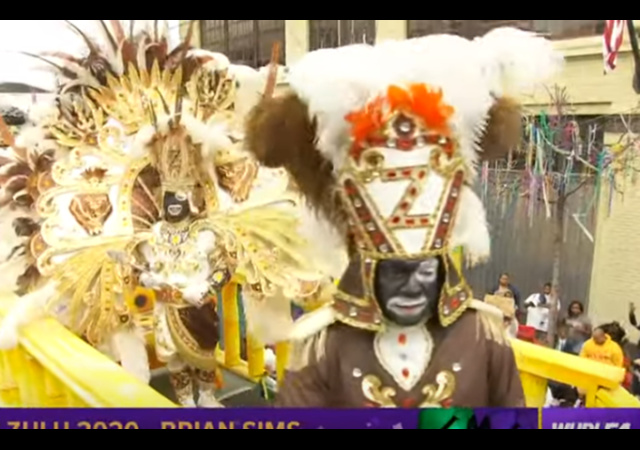 Currently, the US is reporting over 54,000 coronavirus cases and 775 deaths.

Louisiana officials say their state has 1388 cases and 11 deaths. They also predict that New Orleans will be a coronavirus “hot spot,” after over a million people celebrated Carnival in the area for more than a month, culminating in Mardi Gras at the end of February.

Gov. John Bel Edwards on Tuesday requested a Major Disaster Declaration for the state as the number of cases rose to 1,388 cases in 43 of Louisiana’s 64 parishes, according to the state’s health department.

At least 46 people have died.

“It is still impossible to know exactly how long the COVID-19 pandemic will impact Louisiana, but what we do know is that we have more cases per capita than every state, except for New York and Washington,” Edwards said Tuesday. On Sunday, he issued a stay at home order in an effort to slow the rapid rise of cases.

Those people escaping late winter and COVID-19 from the North East will have to self-quarantine upon arriving in Florida.

Florida Gov. Ron DeSantis has issued an executive order mandating a 14-day self-quarantine or isolation period for travelers coming to Florida from airports in New York, New Jersey and Connecticut amid the novel coronavirus pandemic.

The order marks the first large-scale attempt by a state to impose a self-quarantine period for domestic travelers and underscores the expansive measures elected officials are attempting — and willing — to enact as the outbreak spreads. The move raises questions about how the state of Florida could enforce such an order and whether it will be a constitutional issue because the federal government regulates interstate business, such as air travel.

Sadly, a teenage girl succumbed to the coronavirus infection.

The minor was a teenager who lived in Lancaster and did not have any pre-existing conditions, Mayor Eric Garcetti said in a news conference Tuesday evening.

The Health Department was working to confirm how the teenager contracted the virus. The agency also is also working to confirm whether the case marks the first such death of a minor linked to coronavirus in the country, but cases are not always broken down by age, said Tim Gilman, a representative for the department.

Australia is now reporting 2317 cases and eight deaths. Australian public health authorities indicate that there has been a jump in coronavirus cases on Tuesday that was almost entirely due to passengers who disembarked a cruise ship in Sydney several days ago.

The ship, Carnival Corp’s Ruby Princess, became the country’s largest source of coronavirus infections as one of its passengers also became the eighth fatality nationally.

In a chain of events described by New South Wales state Police Minister David Elliott as a “monumental stuff-up”, about 2,700 passengers were allowed to leave the ship when it docked in Sydney on March 19.

By Tuesday, around 130 of those passengers had tested positive and officials were frantically hunting down other travellers to test them and track their movements.

In Spain, the coronavirus crisis is so uncontrollable that some care-home residents have been abandoned

Spain is the second-hardest hit European country with 35,000 cases and 2500 deaths.

As Spain has struggled with the coronavirus pandemic, soldiers have found elderly care-home residents left alone, and its capital city is converting an ice rink into a makeshift morgue.

Spanish soldiers deployed to disinfect care homes across the country have in several instances found residents abandoned or left dead in their beds, the country’s defense minister told the Telecinco news channel on Monday.

“On some visits, the army has seen that some of the older residents and elderly people had been completely abandoned, with some even having died in their beds,” María Margarita Robles Fernández said.

Italian coronavirus deaths jump, dashing hopes that worst was over

Fatalities in Italy from coronavirus have surged in the last 24 hours, the Civil Protection Agency said on Tuesday, dashing hopes the epidemic in the world’s worst hit country was easing after more encouraging numbers in the previous two days.

The death toll rose by 743 on Tuesday, the second highest daily tally since the outbreak emerged in northern regions on Feb. 21, and up steeply from the 602 recorded on Monday.

Egyptian President Abdel Fattah el-Sisi and his family spent two weeks in quarantine after he was in contact with a senior soldier whose death from Covid-19 was reported on Monday, Middle East Eye has learned.

The deaths of two army generals, Shafea Dawoud and Khaled Shaltout, after testing positive for Covid-19, were reported by pro-government media on Sunday and Monday.

An Egyptian source told MEE that Dawoud, who died on Monday, had met with Sisi days before testing positive for coronavirus.

Indian Prime Minister Narendra Modi ordered the country’s 1.3 billion residents to stay inside their homes for three weeks in its battle against the coronavirus.

Modi announced the lockdown in a televised address, telling residents of the world’s second-most populated nation that they will not be allowed outside their homes for 21 days beginning midnight Tuesday.

It is not clear exactly how Indians will be able to get food, medicine or other necessary supplies. Modi alluded to help from government and civil groups but did not elaborate.

East Africa is struggling with a pandemic and pests.

Already being ravaged by the worst infestation of desert locusts in 70 years, East African economies are now staring down the barrel of the coronavirus pandemic.

The region was the standout performer for economic growth in the subcontinent prior to the locust outbreak, which threatens the food security and livelihoods of 25 million people and has required emergency funding of its own from the UN and international governments.

Last week the UN Food and Agriculture Organization (FAO) warned that the “unprecedented” situation remains “extremely alarming,” especially in Kenya, Ethiopia and Somalia where widespread breeding is in progress and new swarms are starting to form.

Time for the media to celebrate….the first teen has died. Now we can scare 60 million moms nationwide that their children will all die!

Amazing how the source of the Communist China Wuhan Virus [Communist China] claims their number of cases are steady, whereas the rest of the world is climbing spectacularly. If I was a Chinese ambassador or embassy staff overseas, I’d need eyes in the back of my head.

No, it’s not amazing at all. It may not be true, but it’s completely plausible that it is. They started it so much earlier than anyone else, so it makes sense that they would have passed the peak and be on the down side of the curve.

how the state of Florida could enforce such an order
Easy. You get off the plane from La Guardia, and some nice policemen wearing gloves and masks escort you onto a bus, which takes you to a place with a nice cot and LOTS of hand-washing stations, and you stay there for 2 weeks, sleeping, playing Kandy Krush on your phone, and eating T-rats served by nice National Guardsmen wearing masks and gloves.

whether it will be a constitutional issue
I seem to recall Arizona’s quarantine/border ban for fruit was upheld because they actually had reason to believe it would save their crops. (I think it was Arizona.) This shouldn’t be much different.

It is not clear exactly how Indians will be able to get food, medicine or other necessary supplies.
Uh, yeah. “Nuance” is so little appreciated by so much of the world….

About a year ago, Kenya earned praise from all of the usual idiots for banning single-use plastic bags. It’s still working on malaria, dysentery, AIDS, a 50-year life expectancy and a plague of locusts, but it’s solved that bag problem.