Rhode Island does not welcome you

Rhode Island does not welcome you 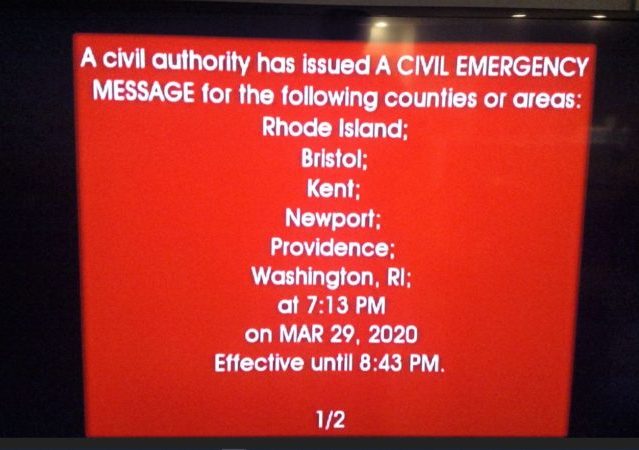 Rhode Island’s Governor Gina Raimondo announced last Thursday that the State Police would be stopping cars with New York plates entering the state, and requiring drivers from New York who planned on staying in Rhode Island to self-quarantine.

RI Gov. Gina Raimondo: "Anyone returning to Rhode Island from a domestic or international flight must self-quarantine for fourteen days." pic.twitter.com/vu1Whb446S

Drivers would have to provide details about where they would be staying, so the police could follow up. Police and National Guard also were looking for NY vehicles already in the state for the same purpose. Bloomberg reported:

New York is the epicenter of the coronavirus outbreak in the U.S., on Friday reporting a total of 44,000 cases.

Rhode Island has just over 200, and it has begun an aggressive campaign to keep the virus out and New Yorkers contained, over objections from civil liberties advocates.

Raimondo, a Democrat, said she had consulted lawyers and said while she couldn’t close the border, she felt confident she could enforce a quarantine….

“Yesterday I announced and today I reiterated: Anyone coming to Rhode Island in any way from New York must be quarantined,” the governor said. “By order. Will be enforced. Enforceable by law.”

This all was a reaction to New York City becoming the epicenter of the spread of Wuhan coronavirus in the U.S., and New Yorkers fleeing for safer ground.

Rhode Island is not equipped to handle a large influx of people, who might themselves be ill or might make others ill. Already, the largest maternity hospital is reporting an influx of New Yorkers, with the staff concerned that some might be positive for coronavirus:

A health care professional who asked not to be identified — saying criticizing the hospital could bring retribution — said several colleagues are worried about being exposed to coronavirus from mothers and their partners from nearby New York.

“These patients and fathers are not wearing masks,” she said. “If they show symptoms, and they decide to actually swab them for COVID-19, the results don’t come back until it’s too late and we expose others.” …

The hospital employee said the protocol has not been followed and that “nurses who treat these patients on the postpartum units” often do not have the proper protective gear.

“These patients are not placed on special precautions and have their support person with them from New York, able to walk the halls,” she said. “They use the kitchen without wearing masks.”

After NY Governor Andrew Cuomo threw a fit, Raimondo then amended the order, so that cars with New York plates would not be singled out, all out-of-state plates could make vehicles subject to being stopped.

"If he feels it's important for him to take credit go ahead. I'm going to keep working here to keep Rhode Islanders safe"

"I will say I think it's odd Governor Cuomo is focused on this sort of politics at a time when we're fighting disasters" pic.twitter.com/DTu0Wazvyt

I wasn’t orginally going to write about this tonight. Until an Emergency Announcement came on the TV. 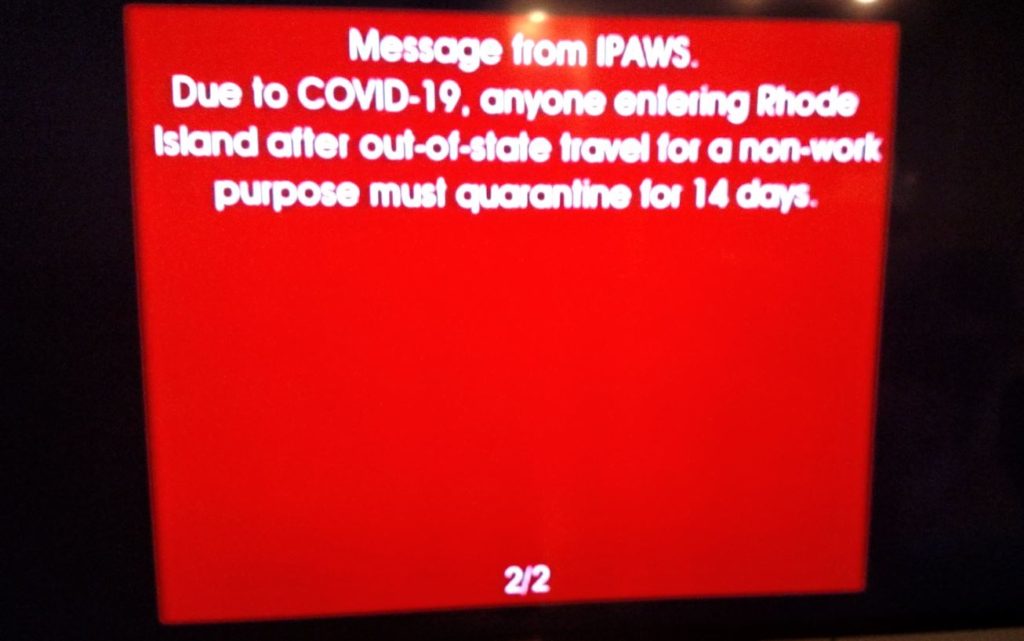 I live in RI, and I was walking my dog over the weekend. A car with NY plates stopped and asked me for directions. From a safe distance I gave them instructions, but I said, “When you get there, you might want to put your car in a garage. Our governor has given us permission to hunt Hew Yorkers, and this neighborhood is heavily armed.”

I kept walking, and a few minutes later they stopped me again. “We knew you were joking, but our friends wouldn’t let us in.”

“But at least they didn’t shoot you.”

“Rhode Island is not a state, it is a state of mind.”