So I guess all these people screaming sexism and misogyny will now support Rep. Tulsi Gabbard, right? 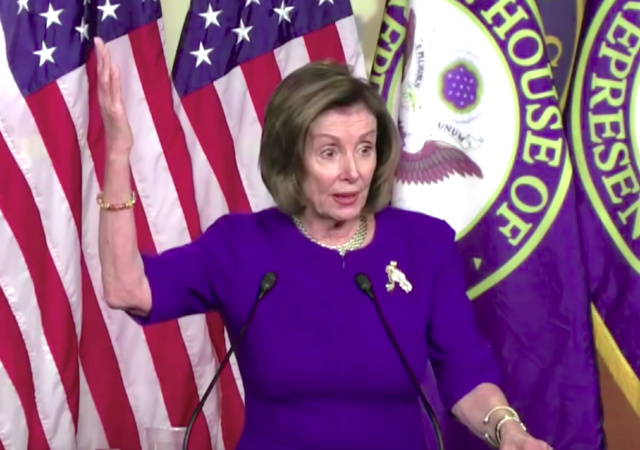 I don’t have many trigger words, but after today, I am adding sexism and misogyny. That is why Sen. Elizabeth Warren (D-MA) had to drop out of the presidential race, right?

Speaker of the House Nancy Pelosi believes there is an “element of misogyny” in presidential races that keeps females from obtaining the Oval Office.

“Every time I get introduced as the most powerful woman, I almost cry, because I wish that were not true,” Pelosi told reporters, just hours after Warren ended her presidential run and extinguished the possibility of the first woman president being elected in 2020.

“I so wish that we had a woman president of the United States, and we came so close to doing that,” said Pelosi, the highest-ranking woman in government, at her weekly news conference. “I do think there’s a certain element of misogyny.”

The California Democrat, who became the first female speaker of the House after the 2006 elections, said some of the bias against female presidential candidates isn’t “mean spirited” and reflects more deep-seated gender divisions in society.

“Many of them will tell you, they have a strong mom, they have strong sisters,” Pelosi said in her first public remarks since the fight for the Democratic nomination was effectively winnowed down to two men.

So I guess all these people screaming sexism and misogyny will now support Rep. Tulsi Gabbard, right?

I mean, if they are all about putting a woman in the White House then they have to support Gabbard since she’s the last woman standing. I expect Pelosi and Warren to endorse Gabbard tomorrow to combat this sexism and misogyny that keeps women from holding the top office in our federal government.

Or maybe, just maybe, they can accept the fact that people flat out do not like Warren or the others and it has nothing to do with their chromosomal makeup.

Does sexism and misogyny exist? Yes. Is it why Warren failed? No.

Whether they like it or not, likability is a factor. Warren is as likable as failed Democratic presidential candidate Hillary Clinton. In other words she is not in the least bit.

People like President Donald Trump not just because he concentrated on issues they actually care about, but because he doesn’t act like a typical politician. He isn’t a robot. He doesn’t talk down on the American people.

Honestly, despite the obvious political beliefs, I couldn’t stand Booker, Harris, Warren, or Hillary because it felt like they were lecturing me, treating me like a minion. I cannot stand Sanders because he yells all the time.

You have to be likable. Warren is not likable. People obviously had a hard time connecting with her.

Tell that to Sara Palin.

“Many of them will tell you, they have a strong mom, they have strong sisters”

I really have no idea what this means.

“I would like a woman to be president in my lifetime!” – MeghanMcCain

“Maybe you should run!” – JoyVBehar

Meghan: “Would you vote for me, Joy?”