“MAGA/Sanders twitter” is coordinating Biden “cognitive decline” campaign says Politico Chief DC Correspondent, but we have our own eyes and ears, and it’s becoming a sad spectacle. 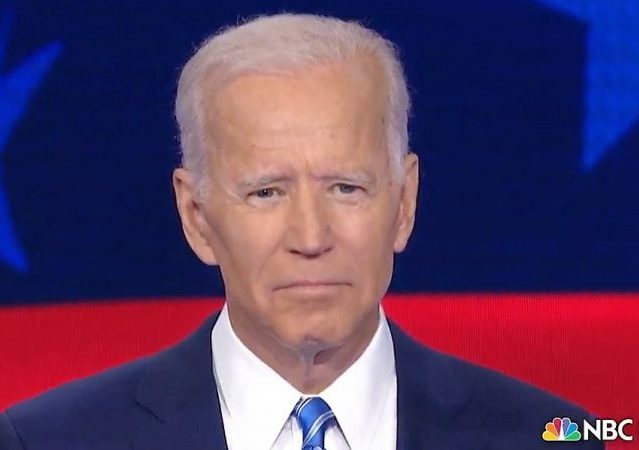 With each passing day, more and more videos capture Joe Biden on the campaign trail making what are more than the gaffes for which he is famous. Biden forgets or struggles to remember names, events and people as he speaks, and jumbles words.

Biden should not be laughed at for this. My overwhelming feeling for Joe is one of sadness, that he was pushed into something for which he is not prepared. And it’s only going to get worse.

Here are some of the videos widely circulating in the past few days.

This is a direct quote from Joe Biden:

"We hold these truths to be self-evident. All men and women created by the you know, you know the thing."pic.twitter.com/A0MRpMmIWk

Let me say that again…

Folks, this is much more than repeated gaffes! pic.twitter.com/TW08BS8BDR

Here’s a slightly longer version of the clip where he adds — “we can only re-elect Donald Trump if in fact we engage in this circular firing squad.”

So there’s a point he’s making about avoiding negative campaigns but still a rough moment.https://t.co/rOtIpRtXQ9

“Cognitive Decline” is a word increasingly being used, particularly by people on the left.

The steadfast, wilful refusal of Dem political & media elites to address what is increasingly visible to the naked eye — Biden’s serious cognitive decline — is frightening indeed, not only for what it portends for 2020 but what it says about the ease of snapping them into line: https://t.co/InZzCja99x

Democratic insiders know Biden has cognitive decline issues. They joke about it. They don’t care.

It may be the only thing on which Glenn Greenwald and Donald Trump agree:

President @realDonaldTrump says he was ready to face "communist" Bernie Sanders and then Joe Biden won on "Super Tuesday, which he thought was Thursday."#TrumpTownHall pic.twitter.com/uYEBMLhjmg

Biden supporters say it’s just stuttering, but I’m not sure that flies.

Joe Biden's opponents on the left and right are spreading a disgusting and baseless smear that he is in "cognitive decline," based on verbal slip-ups he makes when trying to suppress his childhood stutter.

It's ageist and ableist AF. Stop doing it. https://t.co/QMQ28VIKEN

I'll be more comfortable with Biden as a general election candidate once I've seen how he performs as the presumptive nominee for, like, a MONTH.

It's important that the primary campaign not be treated as essentially over. We still don't know if Biden is fit for office.
(15/x)

The alternative line of defense is that this is all a coordinated “disinformation” campaign, as Nancy LeTourneau writes in Washington Monthly, The Disinformation Campaign Being Launched Against Biden.

The theory of a coordinated campaign joining Trump and Bernie supporters also is being argued by Ryan Lizza, Chief Washington Correspondent for Politico. And the proof of coordination? The denial of coordination! It’s the old Kafkatrapping technique.

Part of the “cognitive decline” campaign being spread by MAGA/Sanders twitter is to deny any coordination. The idea is that everyone is just now noticing that Biden misspeaks all the time and they’re suddenly alarmed by it. He’s been like this for decades!

Part of the “cognitive decline” campaign being spread by MAGA/Sanders twitter is to deny any coordination. The idea is that everyone is just now noticing that Biden misspeaks all the time and they’re suddenly alarmed by it. He’s been like this for decades! pic.twitter.com/2hEaD5VcPh

Ryan are you trying to say that you think I'm actively coordinating with Trump supporters?

Maybe it’s nothing, but maybe it’s something. THESE ARE NOT GAFFES

Now that Biden won big on Super Tuesday and has the endorsement of most of his prior rivals, Biden is the most likely Democrat nominee. That is, if Biden can keep his momentum going. If not, there could still be a surprise prior to or at the convention.

As I mentioned in an earlier post, I think Elizabeth Warren is hovering waiting for Biden and/or Sanders to implode — most likely Biden. Warren’s no longer running a campaign, but she’s making sure she stays in the public eye with a massive “sexism” pity party among her supporters and a cringeworthy SNL appearance:

There are a lot of forces in whose interest it is to portray Biden as in cognitive decline. But we also have our eyes and ears to evaluate those claims. And the result is just sad.

Even Peter Daou, a hardcore Democrat and Hillary supporter, sees the writing on the wall:

What alarms me is that I could name at least ten former Dem candidates who would be stronger than #Biden against the coming rightwing onslaught. That includes #Warren, #Buttigieg, #Harris, and #Booker. Even Hillary running again would be a safer bet.

What alarms me is that I could name at least ten former Dem candidates who would be stronger than #Biden against the coming rightwing onslaught. That includes #Warren, #Buttigieg, #Harris, and #Booker. Even Hillary running again would be a safer bet.

I really hate to see people suffer the lingering mind degeneration, it is a cruel fact.
Even with Joe, I never liked him… but this is awful to behold.