Elizabeth Warren finishes THIRD in home state of Massachusetts, but exceeds 1/1024 of vote

Elizabeth Warren finishes THIRD in home state of Massachusetts, but exceeds 1/1024 of vote

The only thing Warren accomplished in her campaign was hurting Bernie. 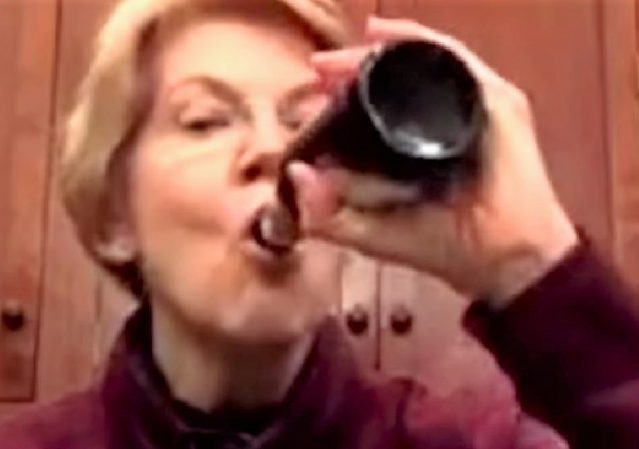 Elizabeth Warren has lost her home state of Massachusetts. Bigly. She finished a distant third behind Biden and Sanders.

Warren’s only success was to hurt Bernie Sanders, in Massachusetts and elsewhere.

Mainstream Democrats rallied around Biden, while progressives split the vote mostly to Bernie, but enough to Warren to hurt Bernie.

There is no further logic to Warren’s campaign. I made that point after the New Hampshire primary, Warren Campaign Obituary: She tried to fake it, but America didn’t buy it:

Warren was a faker. America doesn’t want a faker. New Hampshire killed her campaign. The Elizabeth Warren campaign epitah will be: “She tried to fake it, but American didn’t buy it.”

Warren’s campaign obituary has been written. It’s only a matter of time before her campaign capitulates to reality.

Warren’s campaign for at least since Iowa has been a big grift, shaking nickels and dimes out of the pockets of supporters even though Warren had to know she was going down.

(added) Even after Massachusetts was called for Biden, Warren’s campaign sent out a fundraising email (at about 10:45 p.m. Eastern) seeking money: 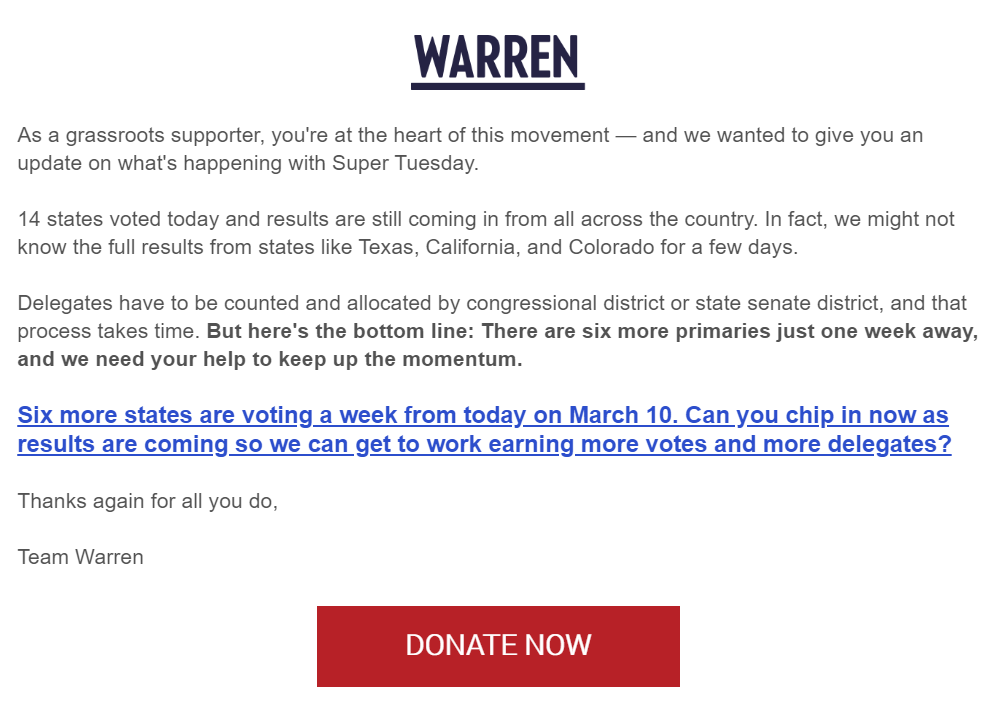 The debate performance against Mini Mike gained Warren’s campaign tens of millions of dollars, money her supporters might as well have thrown down the toilet. Warren’s campaign was so deceptive in hyping her chances of winning it would be prosecuted by regulator Warren for deceptive business practices if done by anyone else.

There will be a lot more to day about this. A LOT.

Silver lining, Warren did better than 1/1024 of the Democrat vote.

So now everyone but the geriatric “White Killer Bees” will be dropping out in the next few days. That’s over a billion dollars incinerated on the establishment funeral pyre already. And MiniMike promises to spend billions more. At least he is burning his own money unlike everyone else.

As a MA resident, this is the first time in my adult life I’ve been proud of my state. Thanks, Mooch

She was merciless in her destruction of mini mike and his NDAs, he just stood there like a deer in the headlights as her avalanche of vindictive pummeling proceeded.