“The president’s insistence that [the Bidens] be investigated by the Ukrainians is hard to explain other than as a political pursuit.” 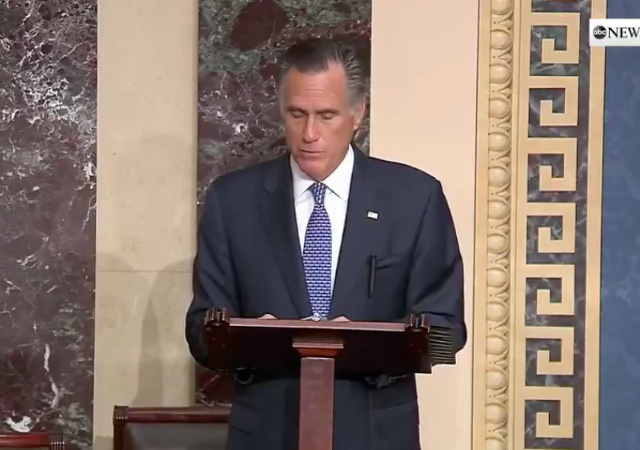 Sen. Mitt Romney (R-UT) confirmed the Republicans’ worst fear. He will vote yes to convict and remove President Donald Trump from office on the charge of abuse of power.

“The grave question the Constitution tasks Senators to answer is whether the president committed an act so extreme and egregious that it rises to the level of a high crime and misdemeanor.

Yes, he did.” —@MittRomney pic.twitter.com/lnIBEQj6rs

Romney: “The president’s insistence that [the Bidens] be investigated by the Ukrainians is hard to explain other than as a political pursuit.”

“There’s no question in my mind that were their names not Biden, the president would never have what he did.” https://t.co/pZ46hjTyU1 pic.twitter.com/UONT1TpWlw

Romney agreed with the House managers that the president is “guilty of appalling abuse of public trust.” He also agreed that Trump’s actions were “a flagrant assault on our electoral rights, our national security, and our fundamental values.”

Now we all see the true petty loser that is Mitt Romney. Incredible!!

Is Romney really so dumb that he can’t detect the smell of payoffs and money laundering?