Another sign of how much she hates Trump, on the eve of his exoneration of impeachment charges. 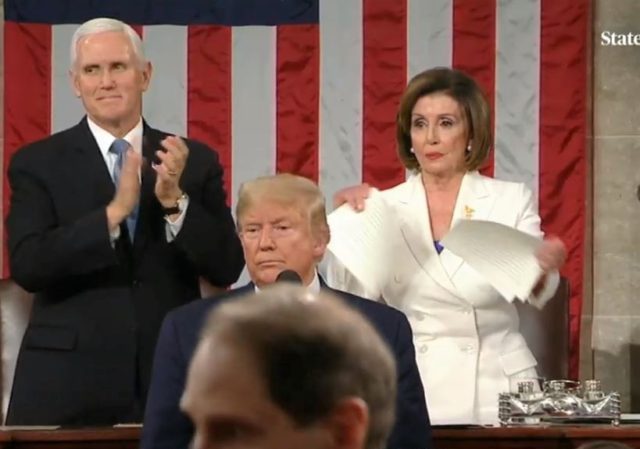 Trump’s State of the Union Speech was a long list of accomplishments on the economy and foreign policy, particularly taking out terrorists.

It was too much for Pelosi to stand. Not only did she breach protocol by making visible face reactions, at the end, just as Trump finished, she openly and visibly ripped up her copy of Trump’s speech. 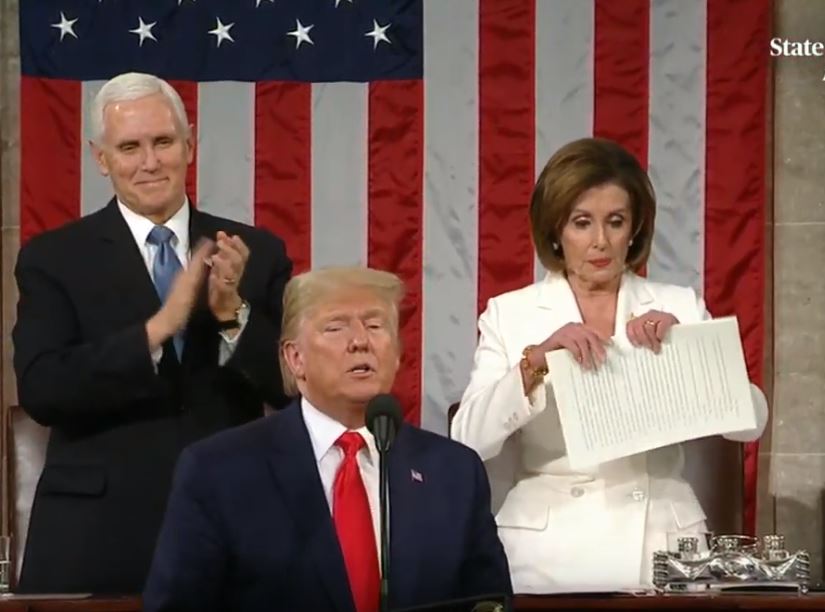 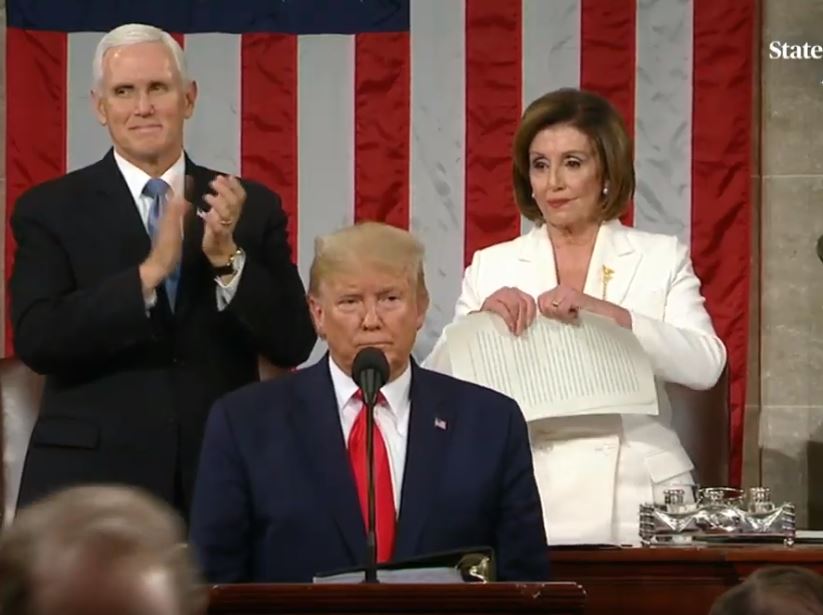 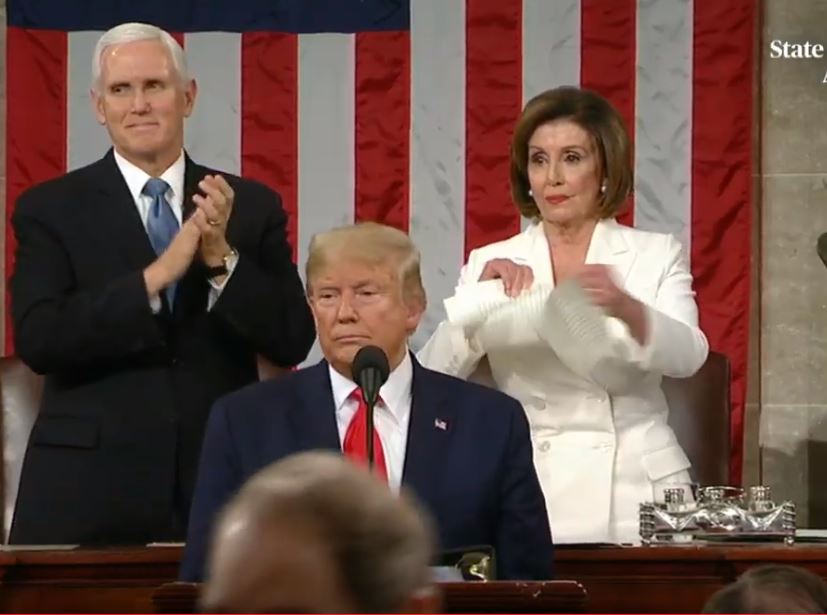 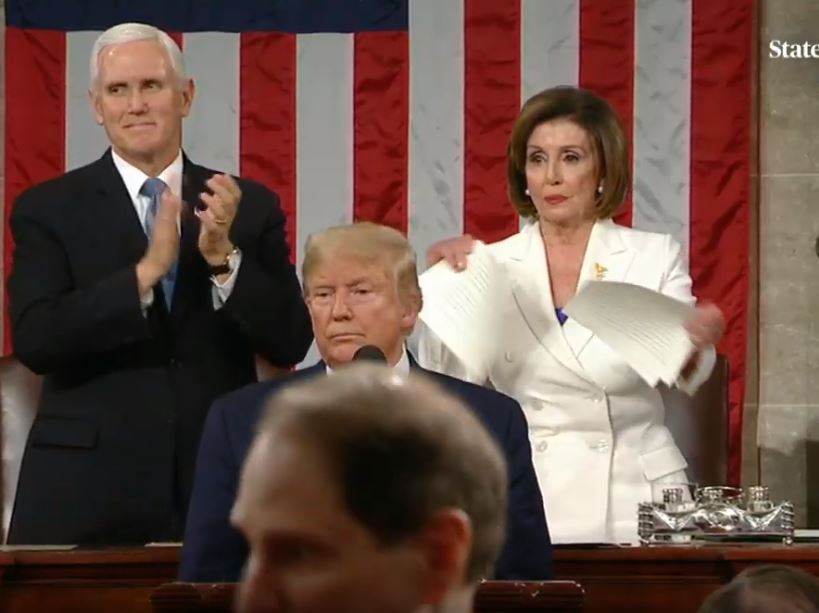 The frustration and anger on Pelosi’s face was obvious as she left. When asked why she ripped up the speech, she responded:

“It was the courteous thing to do, considering the alternatives.”

"It was the courteous thing to do, considering the alternatives."@SpeakerPelosi addresses her ripping up @realDonaldTrump's #SOTU speech.

The 2020 SOTU address by POTUS DJT was a statement of recognition, triumph, hope and faith.
In the shadow behind POTUS sat the frustrated evil of division, exclusion, cultural Marxism, identity politics, destitution, de-population, de-industrialisation, despair and death.
From a tiny virtue signalling, anti-semitic country in the Pacific, led by a hijab wearing PM and her minority socialist globalist government, a PM who was once President of the International Union of Socialist Youth, who now leads an administration that embodies the small minded hopelessness of neo-Marxist corporatist globalism, the contrast between us and you is the stark contrast between dark and light, between death and life.
So many of us not in the USA look to the USA in general and POTUS DJT in particular with the words of RR in our thoughts: “America is a shining city upon a hill whose beacon light guides freedom-loving people everywhere.”

Her extreme emotional state can not be PMS as she has been post menopausal for many years, it has to be TDS.

Perhaps Pelosi should reconsider her actions in light of 18 U.S. Code Article 2071(b) which states:

(b) Whoever, having the custody of any such record, proceeding, map, book, document, paper, or other thing, willfully and unlawfully conceals, removes, mutilates, obliterates, falsifies, or destroys the same, shall be fined under this title or imprisoned not more than three years, or both; and shall forfeit his office and be disqualified from holding any office under the United States. As used in this subsection, the term “office” does not include the office held by any person as a retired officer of the Armed Forces of the United States.

Pelosi mutilated and destroyed the official copy of the SOTU that Pres. Trump gave to her (and she accepted) as required under the Constitution. Seems to me that this could be a basis for removing Pelosi from office as both Speaker of the House and Representative.