After a four-year battle with the state, the proposed Constitution natural-gas pipeline project has been abandoned, as National Grid warns of a coming natural gas supply emergency next Winter. 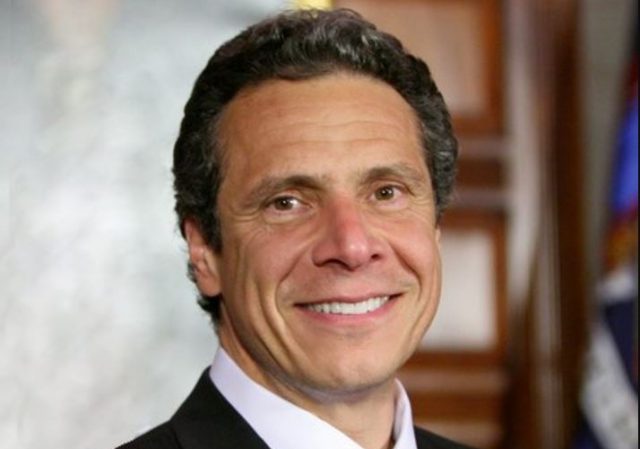 The State of New York has a natural gas shortage, the result of years of the administration of New York Governor Andrew Cuomo and environmentalists fighting the construction of new supply pipelines.

A June 2019 report by The Manhattan Institute documented the shortage and its causes, Out of Gas: New York’s Blocked Pipelines Will Hurt Northeast Consumers:

U.S. natural gas production is soaring, up 91% since 2005—and the country is now exporting liquefied natural gas (LNG) all over the world, including to China, Chile, and India.* Despite this surfeit, dozens of communities in New York and Massachusetts are subject to moratoriums on new gas connections due to shortages of the fuel.

The shortages are due in large part to New York State regulators, who are refusing to allow the construction of new gas pipelines. While these restrictions are claimed to be necessary to protect the environment from harm, they will likely result in increased use of heating fuel oil, which means increased air pollution and carbon-dioxide emissions. New York and the New England states already have some of the highest residential gas and electricity rates in the country, and these rates will only rise as a result of the blockade. This paper highlights the need for more natural gas supplies in the Northeast to heat homes, buildings, and generate electricity, and it explains how efforts to restrict those supplies are hurting consumers and the environment.

New York Governor Andrew Cuomo gave National Grid Plc 14 days to figure out how to address natural gas shortages before he moves to revoke its license to operate in the state.

The Democrat said in a letter Tuesday that the utility owner’s moratorium for new gas hookups affecting 20,000 homes and businesses in Brooklyn, Queens and Long Island shows that it failed to provide “adequate and reliable” service.

“The ‘moratorium’ is either a fabricated device or a lack of competence,” Cuomo wrote. “The very lack of supply you now point to as the reason for your denial of service to thousands of customers exhibits your failure to plan for supply needs.”

The 14-day deadline is the latest salvo between the governor and National Grid. They’ve been feuding since New York rejected a $1 billion expansion to a Williams Cos. gas pipeline, which the company says is crucial to meet rising demand. In response, National Grid imposed a freeze on new gas hookups.

Con Ed also was threatened, but has not backed down.

After ending a months-long moratorium on new natural gas hookups by National Grid on Long Island and in parts of New York City, Gov. Andrew Cuomo has a new target: Con Edison’s own gas ban.

The Democratic governor on Tuesday warned Con Edison that it may face the same threats the state put on National Grid if ConEd doesn’t end its own ban on new gas hookups in Westchester County and parts of the city.

Last month, Cuomo threatened to revoke National Grid’s license to operate in parts of the state for failing to fulfill its obligations to customers.

He said ConEd should watch and learn.

“We contract with Con Edison, but if Con Edison is not doing a good job or if we feel they are abusive, then we can get another provider,” Cuomo told reporters on Long Island after brokering a deal with National Grid.

This is all a manmade crisis. And there is no end in sight.

A proposed pipeline from Pennsylvania’s fracking region has been abandoned by the developer after years of litigation and promises by Cuomo to continue fighting:

After a four-year battle with the state, the owner of a proposed natural-gas pipeline through the Southern Tier said Friday it will not move forward with the struggling project.

The controversial 124-mile long Constitution pipeline would have brought natural gas from Pennsylvania into the Southern Tier before stopping just outside Albany.

But Williams Partners LP, the gas company heading the project, said it is ending its pursuit after court battles with New York regulators have delayed the construction since 2016.

“Williams — with support from its partners, Duke, Cabot and AltaGas — has halted investment in the proposed Constitution project,” the Tulsa-based company said in a statement.

“While Constitution did receive positive outcomes in recent court proceedings and permit applications, the underlying risk adjusted return for this greenfield pipeline project has diminished in such a way that further development is no longer supported.”

The project took a step forward last August when the Federal Energy Regulatory Commission found the state Department of Environmental Conservation erred in rejecting a critical water-quality permit for the pipeline.

But the DEC and Gov. Andrew Cuomo vowed to continue to fight the project, part of a long-standing effort by the Democratic governor to cut New York’s fossil-fuel emissions.

New York has a ban on hydraulic fracturing for natural gas and a goal of of net-zero emissions by 2050.

“Any way that we can challenge it, we will,” Cuomo said after the FERC decision.

National Grid warns that by next winter, the supply shortage will worsen:

Downstate New York’s growing demand for natural gas will begin outstripping supply next winter, creating a gap that will continue to grow for at least the next decade absent a long-term solution, National Grid USA forecast in a new report.

Possible solutions include new pipelines and other large-scale projects, smaller-scale infrastructure or energy efficiency programs, and other workarounds, the gas and electric power utility operator said. Without some combination of those fixes, undersupply reaching 265,000 Dth/d by the onset of winter 2032-2033 in a low-demand scenario, or 415,000 Dth/d in the winter of 2034-2035 in a high-demand scenario.

“National Grid’s current capacity of 2,888 MDth/day is challenged to meet existing peak demand during cold winter days, leaving our network with little room for error,” the company said. “And looking ahead, our existing and planned expansion capacity to supply natural gas is not sufficient to meet forecast demand.”

National Grid presented its outlook in a 116-page report, part of a $36 million settlement with its New York state regulator, the Public Service Commission, over the utility’s six-month moratorium on new downstate gas hookups.

But don’t expect any relief. Cuomo is determined to prevent new natural gas supplies from other states, much as he and Democrats prevented fracking in New York State. The fracking region of Pennsylvania is booming, the adjoining Southern Tier region of New York State is dying (except for college towns like Ithaca).

Serious question, where does he expect them to get the gas then? LNG tankers coming into port? Maybe this is a pay the union gambit.

Remember the “Green New Deal,” otherwise known as “Pie In The Sky?”

This is part of his plan to achieve the most ambitious greenhouse gas mitigation in the country.

There are many subsidies involved–most of which are tax credits. Unfortunately, in his infinite wisdom, the tax credits are non-refundable, so unless you owe NYS that much income tax, you don’t get the credit. As I recall, when I figured it out, in Tompkins County a family of 4 would need to have TAXABLE income approximately $10K over the median gross income.

Gee, I don’t see any problem with that. Do you?

Strongly reminiscent of his statements that any conservatives who are pro-traditional marriage, pro-life, and pro-gun should just leave the state. They listened. They’re leaving as fast as they can.

When freezing in the cold they are, regret their choices in politicians they will.

That’s the sad part, they won’t. They’ll blame Orange Man Bad or something.