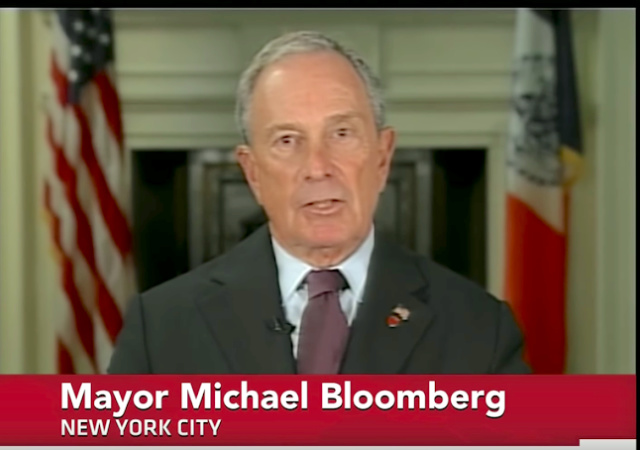 You can’t run as a Democrat these days without a plan like this.

The three-time New York City mayor’s plan would dramatically increase federal spending on higher education, including expanding subsidies like Pell grants and SNAP benefits to low-income students, his campaign said in the plan.

Bloomber’s proposal doesn’t go quite as far as some of his Democratic rivals, like progressive senators, Bernie Sanders and Elizabeth Warren who support wide-scale student debt forgiveness and want to eliminate tuition at public, four-year universities.

Instead, Bloomberg would make community colleges tuition-free for all students, a common theme among primary contenders. He went a step further and called for making community colleges “debt free” for low-income students, meaning students would not have to take out loans for costs like books, food and transportation. That option would be available to families that earn less than $30,000 a year on average. The plan would do the same at four-year universities for low-income students.

The Republican-turned-Democrat said he would accomplish that goal by doubling the maximum Pell grant award to $12,960, and helping more students qualify for the need-based financial aid, which does not have to be repaid unlike a traditional student loan. He also vowed to create a federal-state match partnership to boost states’ investments in higher ed.

Tucker Carlson pretty well covers all the DIMS crap plans and ideas about “Free” Brainwashings……er…..college….. in this video.

When you steal from Peter to pay Paul, you can count on the support of Paul.

My plan is simple. Get a job, make payments, and at some point the debt will be gone. A very similar plan can be used to own a house. This has worked well for generations, so I am not sure why it needs to be changed.