Space Force on trajectory to be a key part of U.S. military operations. 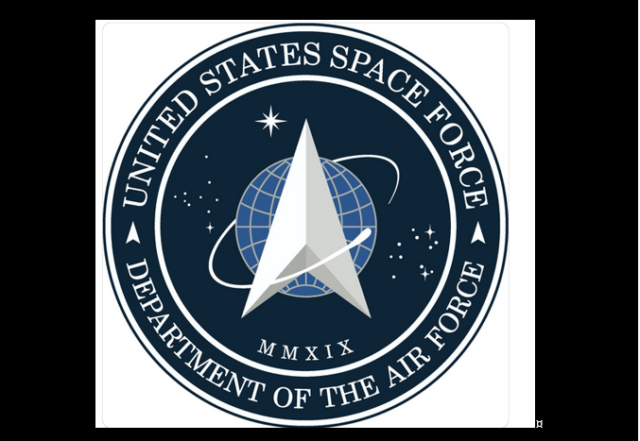 Two Air Force installations on Florida’s famous Space Coast are on a trajectory to be renamed to include the new military branch designation, “Space Force“.

Both Patrick Air Force Base and Cape Canaveral Air Force Station in Brevard County will be changing their names to reflect their recent change in status as designated Space Force facilities, according to a report from Florida Today.

Patrick Air Force Base located between Satellite Beach and Cocoa Beach is home to the 45th Space Wing that supports launches from Cape Canaveral AFS and Kennedy Space Center.

The name shift will come within the next 30 days, according to 45h Space Wing Commander Brig. Gen. Douglas Schiess, who Florida Today reported said, “The names of the two bases will change. When that happens, we believe we’ll probably be one of the first, if not the first, bases to do that.”

Schiess made the announcement during his “State of the Installation” briefing late last week.

Other than switching from “Air” to “Space,” Schiess said the designations will retain their historic references.

“We’re not going to change the Patrick part,” he said of the beachside installation, which is named after Gen. Mason Patrick, first chief of the Air Force’s predecessor. “And we would never think about changing the name of Cape Canaveral.”

Schiess said he also anticipates a name change for the 45th Space Wing itself, though no final decisions have been made. Uniform updates and designs are still being decided, too.

The Space Florida Board of Directors on Thursday approved $200,000 for Satellite Beach-based GTOPS, Inc., a veteran-owned business that provides facilities-support services, to further showcase how military bases and businesses in the state are capable of training and equipping President Donald Trump’s new military branch.

“If you can’t make the articulate arguments for what capabilities you’ve got to support missions, you’ll never get those mission assignments,” Space Florida President and CEO Frank DiBello said after Thursday’s meeting in Tallahassee.

Florida officials have often pointed to Gov. Ron DeSantis’ political ties to Trump as they lobby for the new branch, which is expected to be moved from the Department of the Air Force to having its own representation on the Joint Chiefs of Staff in the Pentagon in October. The move is expected to kick-off a five-year phase in.

Space Florida officials maintain that luring the combatant command or the components that will make up the bulk of the Space Force will require showing that many of the new agency’s functions already exist in some manner at Cape Canaveral and military bases across the state.

Presently, there is only one official member of the U.S. Space Force: Gen. John W. Raymon. But enlisted members, commissioned officers, and civilians will be part of the new branch before the end of the year.

“The commissioning and enlistment and appointment of officers and enlisted members of a military service, much of that is controlled by law, statute and Congress,” said Air Force Lt. Gen. David D. Thompson, vice commander of U.S. Space Force, during a Feb. 5 discussion at the Pentagon.

“That’s the first part. We need to go through a process with Congress to have them authorize, provide authorization for specific names and specific individuals to transfer into that service. And we are working with Congress on that right now, and that will take a little bit of time.”

Thompson also said that, similar to the other military services, those who commission or enlist have expectations regarding benefits, pay and other things. Those details haven’t yet been worked out for the Space Force, he said, but they have to be in place before new members can come aboard.

When will they be ready to drop the first rock on Iran? With a properly sized rock, we will not need to know where the brass are located, as long as they are in Iran.

Any word yet from StarGate Command?

I suspect that Schriever AFB east of Colorado Springs [formerly the SDI Testbed] will become a SFB.

I am interested in what the ranks and titles will be. Navy personnel are Seamen or various specialist ratings. Coming up with appropriate terms will be interesting.

Enough for me to ask for an age waiver and enlist!

Does this mean that the Star Gate is real? I can’t see any other relevance. I mean, cannot the other branches put uniforms on limpwristed incels to operate joysticks connected to orbiting weapons platforms?