“The NSC, which is the president’s personal staff, was rocked when a ‘whistleblower’ leveled charges that led to Trump’s impeachment.” 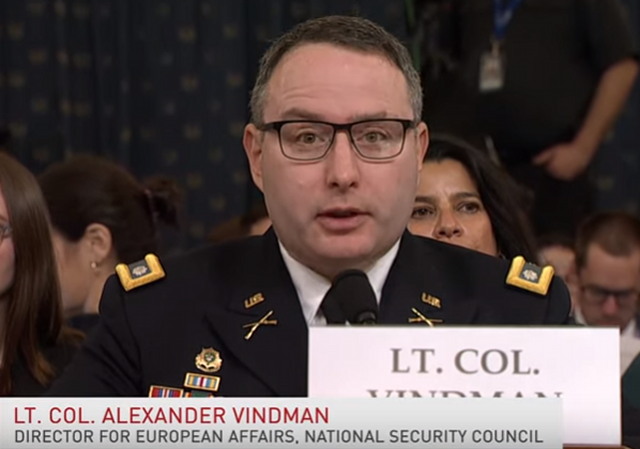 Last week, to the great dismay of Democrats and the media, Trump sent Lt. Col. Alexander Vindman packing. This was the beginning of a trend because Trump just gave walking papers to 70 Obama holdovers in the National Security Council.

Better late than never. It’s a shame Trump didn’t do this three years ago. He could have saved himself a lot of trouble.

President Trump is making good on his promises to “drain the swamp” and cut Obama-era holdovers from his staffs, especially the critical and recently controversial National Security Council.

Officials confirmed that Trump and national security adviser Robert O’Brien have cut 70 positions inherited from former President Barack Obama, who had fattened the staff to 200.

Many were loaners from other agencies and have been sent back. Others left government work.

The NSC, which is the president’s personal staff, was rocked when a “whistleblower” leveled charges that led to Trump’s impeachment.

Trump hasn’t shied away from this topic on Twitter:

Fake News @CNN & MSDNC keep talking about “Lt. Col.” Vindman as though I should think only how wonderful he was. Actually, I don’t know him, never spoke to him, or met him (I don’t believe!) but, he was very insubordinate, reported contents of my “perfect” calls incorrectly, &…

….was given a horrendous report by his superior, the man he reported to, who publicly stated that Vindman had problems with judgement, adhering to the chain of command and leaking information. In other words, “OUT”.

Predictably, liberals in media are clutching their pearls over this.

NSC Expected To Purge More Staffers As Soon As Next Week

National security adviser Robert O’Brien is set to overhaul the NSC staff as early as next week, according to a CNN report Saturday.

Two sources familiar with the matter told CNN that O’Brien was expected to oust around a dozen officials as part of an effort to streamline the NSC.

Although O’Brien has already been downsizing the NSC by attrition and transferring staffers detailed from other departments to return to their home agencies earlier than planned, a source told CNN that the final phase will include more direct firings and cuts.

Ace of Spades has written an outstanding analysis of the double standard on display here, which I feel compelled to share here:

Remember when Clinton fired all the currently serving US Attorneys, who’d been appointed by Bush the Elder? Probably not, because it wasn’t reported on. And it wasn’t reported on because of course an incoming president of the opposite party fires all the political appointees of the old regime.

But during Republican administrations, the Democrats and the media (but I repeat myself) start insisting that executive power is not vested in an elected Chief Executive, but resides chiefly with permanent or political bureaucrats, most of whom are Democratic operatives or strongly aligned with liberal policy positions, and that it’s an illegal abuse of office for the President to appoint people he trusts to those positions, or fire people he doesn’t.

Oh, and of course when Obama fired all of Bush the Younger’s US Attorneys — crickets from the media again.

Trump needs to have people around him who are trustworthy and won’t run to the media with leaks for a pat on the back from the institutional left.

He would be wise to get rid of all the Obama holdovers. Fire them all.

He should have done it the first week he took office, what took him so long to get off the pot.and how much of his administrations problem has it caused.