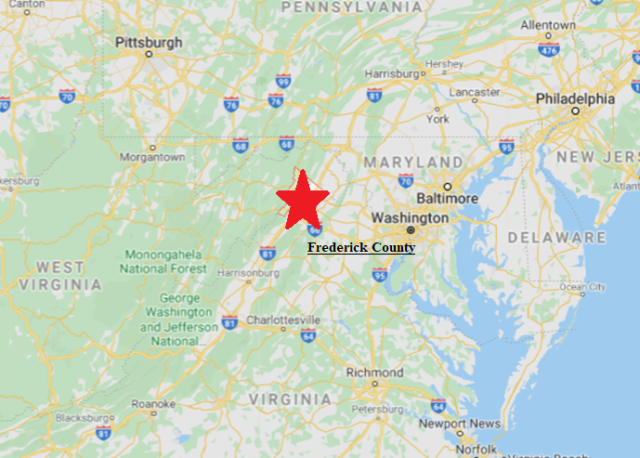 Last month, more than 100 Virginia cities and counties declared themselves gun sanctuaries following the Democratic takeover of their legislature.

The movement has gained so much steam that Virginia Attorney General Mark Herring issued an advisory opinion reminding residents that such “sanctuary” resolutions had no standing.

“It is my opinion that these resolutions have no legal effect,” Herring said in a letter issued Friday. “It is my further opinion that localities and local constitutional officers cannot nullify state laws and must comply with gun violence prevention measures that the General Assembly may enact.”

West Virginia is now giving one of the counties an option of joining the state, offering it an alternative to living under continued Democratic domination.

Senate Concurrent Resolution 2 extends an invitation for Frederick County to consider leaving the state of Virginia to become a part of West Virginia. Senators adopted the measure Monday on a voice vote.

“I learned for the first time during West Virginia’s 150th birthday celebration. As I read through some of the materials from the records — from the convention in 1862 that — there was an expressed invitation to Frederick County,” Trump said. “I confess that before that I didn’t know it — and it’s been in the back of my mind for a number of years.”

The first time that Fredrick County had been considered for inclusion in West Virginia was during the Civil War.

…If Frederick County were to join West Virginia, it would be the state’s second largest county. It would have at least six members in the House of Delegates and two senators in the state Senate. It would also add the historic City of Winchester, Virginia and Shenandoah University to the Mountain State.

If the proposal goes through, the switch might offer an interesting template for dealing with the hot mess we lovingly call California.

For example, breaking off a couple countries and placing them in Nevada might be an alternative to #CalExit or the breaking-up of the state of California into separate entities. A review the 2018 election map in California shows that the neighboring state might be a better match for some of our counties…and I am sure that Carson City would be much more sympathetic to the needs of those areas as well. 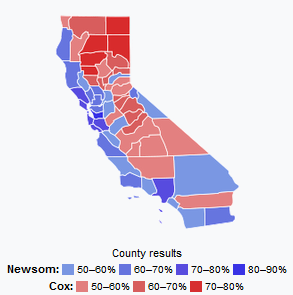 And even if Frederick County doesn’t change states, it appears West Virginia is poised for a lot more win than California. A major California company is eyeing a new location seriously for its expanding operations.

According to a press release sent by Justice, the site would bring about $192 million in economic development and create around 100 full-time jobs.

“I can’t tell you how proud I am that Clorox is exploring this expansion opportunity in West Virginia,” Gov. Justice said. “Clorox has a proven track record in the Mountain State – both Mineral and Tucker Counties have greatly benefited from having the company’s Kingsford charcoal facilities and all the investments the company has made in our local communities.”

Clorox sent a draft plan to officials in Berkeley County.

The plan is sad news for the Golden State. California could really use the cat litter, given the feces-strewn streets.

Because both parties consider the 10th Amendment void, along with the Bill of Rights and the rule of law.

Nobody claims that states can “tinker with the Bill of Rights”, and no state has ever claimed it could, or even admitted that it wanted to.

Tinker?
States outright subvert and defy the bill of rights. Every state with draconian anti gun laws does so.

Do you live under a rock in NY state?

Lots of evidence that the DEMS, with Bloomberg and Antifa are DOING a RED FLAG Operation this holiday weekend in Virginia!

Let’s ruin it for them!

“Billionaire Michael Bloomberg is running for President. Bloomberg has funded the majority of Virginia anti-gun legislators who are now proposing considerable restrictions on lawful gun ownership in the commonwealth.

It is also worth noting in the wake of the astro-turfed Charlottesville narrative, the professional political messaging of the Democrat apparatus, via Joe Biden, proclaimed in April 2019 that Charlottesville represented “the battle for the soul of this nation.”

If there is one consistent aspect to DNC activists (Occupy Wall Street, Antifa etc.), it’s that they use the same playbook…”

So, this is what the FBI’s been up to since CoIntelPro?

Better yet, join Liberty from splitting off from Washington, Jefferson from California, and Texas splitting into 5 (authorized!), and form “Southam Virginia”. That will expand the Senate.

We can also split off some blue islands like Denver, who just deserve their own senators and to be their own states.

Again, none of these things can happen without the consent of the state legislatures, which will not be forthcoming because they don’t want to give up any of their power.

Oh, and Texas is not authorized to split into five. The original Republic of Texas has already been split.

Dems better bus in a few thousand Somalis real quick to that place.