The Return of the Roaring ’20’s

The Return of the Roaring ’20’s

Looking back to look ahead, and to get ready for the New Year and the new decade! 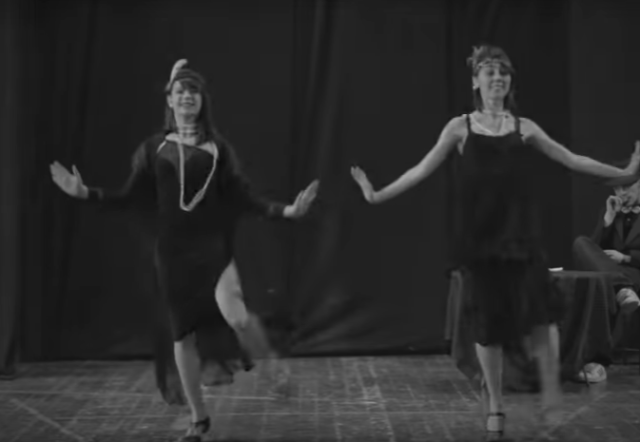 It’s hard to believe that in a few, short days we will be staring a new decade.

As the 2020’s begin, I thought it might be fun to look back on the era fondly known as the “Roaring 20’s.”  This was a time my grandmother recalled with a great deal of nostalgia when I was young. Perhaps we can use events from that decade to predict what might occur in the next few years as well.

While 1920 dawned with a corrupt administration in place, my second favorite president, Calvin Coolidge, ultimately succeeded to the presidency upon the sudden death of Warren G. Harding in 1923. “Silent Cal” was then elected in his own right in 1924, gaining an enduring reputation as a small government conservative and also as a man who said very little and had an exceedingly dry sense of humor.

The Coolidge Administration’s principal objective was to restore the Federal government’s finances to peacetime basis and by doing so, to encourage and facilitate the country’s return to normalcy. The Administration’s primary focus was on reducing the huge war debt, followed by cutting the high wartime tax rates. This was accompanied by an unceasing effort to make the governmental establishment operate efficiently, effectively, and economically.

The newly created Bureau of the Budget, which fell under President Coolidge’s direct supervision, played a principal role in this process. President Coolidge himself made pioneering use of the radio to reach out twice annually to the American people to report on the progress of his economic program.

Unlike Coolidge, President Donald Trump is hardly silent. However, like #30, Trump has a legendary sense of humor (albeit a different kind) and has also pioneered the effective use of a new media (Twitter).

And, like Coolidge, Trump’s economic policies have created soaring economy.

The Nasdaq composite breached the 9,000 threshold for the first time in history on Thursday, benefiting from Amazon’s record-breaking holiday sales and a year-end stock-market rally.

…Amazon stock jumped as much as 4.2% on Thursday after announcing it enjoyed a “record-breaking” holiday-shopping season. The e-commerce giant said “billions of items were purchased” during the Thanksgiving to Christmas period, along with “tens of millions of Amazon devices” worldwide. More than 5 million new customers started Prime free trials or paid memberships, the company added in a statement.

There are also reports that e-commerce sales soared 18.8% year over year through the Christmas season despite the holiday period’s shorter duration due to a late Thanksgiving. If I were to predict, it looks like the economy is going to be gangbusters.

Another event during the 1920’s that is of personal importance to me is the 1922 discovery of King Tutankamen’s tomb. I sure would love to see another spectacular discovery repeated, perhaps Cleopatra’s or Nefertiti’s final resting place. But for now, Egypt continues to tease with new finds being regularly reported, partly as a result of new technologies.

The ancient body art, found on seven female mummies, may help shed light on why the Egyptians got inked.

Prior to the new discovery, tattoos had only been found on six mummies over more than a century of research at ancient sites in Egypt.

“When I first saw [the tattoos], I felt both the thrill of discovery and the magic of this new technology,” archaeologist Dr Anne Austin told Fox News.

“We were able to identify dozens of tattoos. They showed imagery of religious symbols, floral motifs and important animals like the cows of the goddess Hathor.”

The 1920’s also was the era of some spectacular and tasteful women’s fashion, as well as outstanding Jazz music. I long for the days when the latest style of clothing for any gender is not an embarrassment and when popular music didn’t make me want to grab my professional grade hearing protection.

Hopefully, the 2020’s will see the continuation of prosperity without the development of fascism…though given the antics of Democratic Party leadership, that last part may prove challenging.

I thought I would share a little dance number to get us into the spirit of both the New Year and the new decade.

That apparently simple, cheerful “silent” video of the Charleston is scandalous!

In the 1920’s because of the shapeless dresses that revealed the shape of the body and exposed the calves, and the suggestive dance moves.

Today, because it fails utterly to address issues of intersectionality, privilege and inclusion.