Iran Civil Aviation Organization head Ali Abedzadeh declared Iran “will not give the black boxes to the manufacturer (Boeing) and the Americans.” 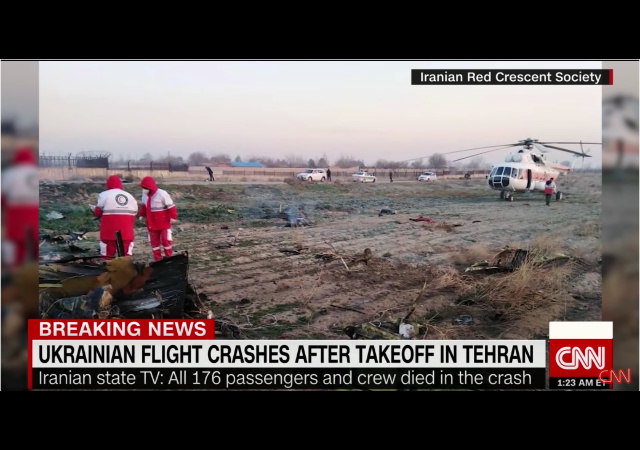 While some called the crash a coincidence, suspicions have deepened since Iran refuses to hand over the black box.

The Boening 737 took off from Tehran’s Imam Khomeini International Airport at 6:10 a.m. local time. The pilots made it to 7,900 feet before the plane disappeared from the radars.

Then it crashed in a field 30 miles northwest of Tehran. The crash killed all 176 people on board.

Preliminary statements by Iranian and Ukrainian authorities suggested the plane had suffered an engine malfunction, with an Iranian official claiming the engine had burst into flames.

A statement initially posted on the website of the Ukrainian embassy also said the crash was caused by an engine malfunction and ruled out an act of terror, but that statement was later changed to say all information would be provided later by an official commission.

Rescue teams recovered the black boxes on Wednesday morning. Iran Civil Aviation Organization head Ali Abedzadeh declared Iran “will not give the black boxes to the manufacturer (Boeing) and the Americans.”

Boeing added more doubt to the initial reports by stating “the plane was relatively new, in good condition, and had an experienced crew.”

Of course some teigger happy Iranian moron shot down the plane. Were not dealing with smart people here.

To my knowledge, there has never been an inflight explosion of a 737 that destroyed it in the air. The engines are designed to come apart during a failure and there are containment panels inside the engine to help deflect any shrapnel that may be thrown out. Some have and will get through this but almost never does it go forward into the cockpit. And engine failure is traumatic but after a few seconds, all pilots resort to their knowledge of the plane they are flying. There is just no way an engine failure could have created this accident so quickly. The US Navy says they have satellite proof that it was an Iranian missile.