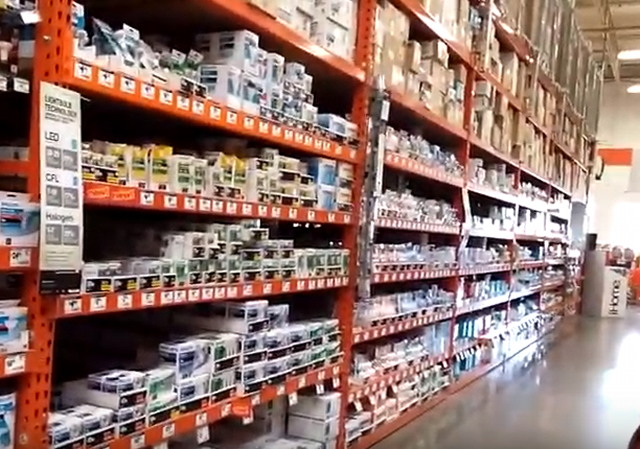 The war on cheap incandescent light bulbs began with the Bush administration and was expanded by the Obama administration. Team Trump is now preparing to end the madness.

The Trump administration on Friday said it has finalized a decision to roll back a 2007 rule calling for energy-efficient light bulbs, a move that states including New York and California are challenging in the courts.

The administration finalized a proposal made in September to roll back the standard that Congress passed in 2007 when George W. Bush, a Republican, was president and which was to come into effect next year. The Department of Energy said that increasing the efficiency of bulbs could cost consumers more than 300% compared to incandescent bulbs and that Americans do not need regulation because many are already buying efficient bulbs.

“The American people will continue to have a choice on how they light their homes,” said Energy Secretary Dan Brouillette.

The effort to force American consumers to use LED bulbs was purportedly all about fighting climate change, so naturally the left is not happy with this change in policy.

In announcing the move, the secretary of energy, Dan Brouillette, who is a former auto lobbyist, said the administration had chosen “to protect consumer choice by ensuring that the American people do not pay the price for unnecessary overregulation from the federal government.” The new rule was unnecessary, he said, because innovation and technology are already “increasing the efficiency and affordability of light bulbs without federal government intervention.”

The rule, which would have gone into effect on Jan. 1, was required under a law passed in 2007 during the administration of President George W. Bush.

Noah Horowitz, director of the Natural Resources Defense Council’s center for energy efficiency standards, assailed the move, saying the administration had “just thumbed its nose at Congress, America’s families and businesses, and the environment.”…

The light bulb rollback is part of a multipronged effort by the Trump administration to weaken a broad array of rules designed to fight climate change, many of which were passed under the Obama administration.

Energy Secretary Dan Brouillette talked about the change on Twitter:

Today the Trump Administration chose to protect consumer choice by ensuring that the American people do no pay the price for unnecessary overregulation from the federal government. pic.twitter.com/arplXiBK1V

Innovation and technology are driving progress and increasing the efficiency and affordability of lightbulbs, without federal government intervention. The American people will continue to have a choice on how they light their home. pic.twitter.com/c7sdLe2VXo

Let the American people decide for themselves. What a refreshing concept. The left is always talking about the importance of choice. You would think they’d love this idea.

CFL and LED can have their uses. Here in Minnesota in the winter, they do not work at all in temperatures below 10°F (unheated shed, garage, driveway, security ….)

Disposing of broken CFLs is a hazard.

So I’ve put 25W incandescent bulbs, always on, under the essential LEDs to keep them warm for the winter — and working. I can imagine ways to build “low temperature LEDs”, but they’re not made yet (maybe they’re illegal?)

Maybe Minnesota (and the rest of the frozen north) should apply to join Canada?

“Maybe Minnesota (and the rest of the frozen north) should apply to join Canada?”

Cold temp. LEDs are now common, being operational down to -20F. In fact refrigerators and freezers now use them.

Interesting; I’ll keep looking. A garage is a lot bigger than a refrigerator, though, and our local record low is -36°F that’s temperature, not wind chill.)

I installed baseboard heaters in my shop and in my garage. Keeps it above freezing temps.

Where I live in rural Eastern WA State, winter temps typically bottom out at 0 to -10. All of our exterior lighting in LED, and they worked just fine in the two winters we’ve been here. The coldest weather hasn’t hit yet, but I’m not worried about the LEDs failing to work in January.

Canada got rid of incandescent bulbs before the US did.

It’s almost like you only need to use policy to drive use toward “better” solutions, when the solutions aren’t so “better.”

As several commenters have pointed out, the so-called “waste heat” from conventional incandescent bulbs isn’t wasted. It helps heat the rooms in which the bulbs are lit, thus reducing the energy needed for central heating. This is particularly important in winter months with their early darkness…