While the desire to do something to prevent mass shootings is admirable, these laws are certain to do more harm than good. 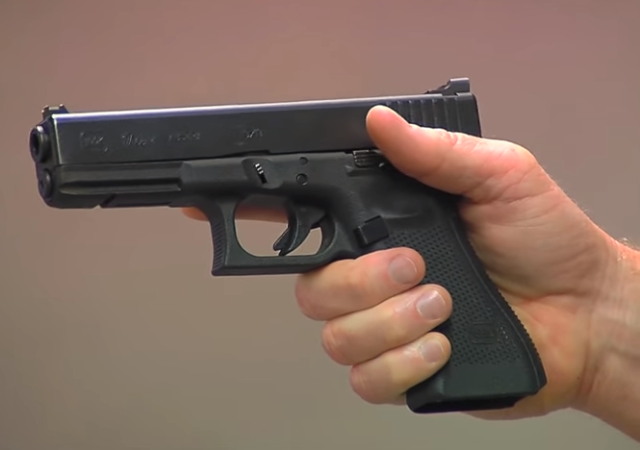 We all want to put an end to mass shootings.  But debate is raging over just how to prevent them. Many people, including President Trump, believe so-called Red Flag Laws can prevent these tragedies.

Over at National Review, David French recently echoed the president’s call for Red Flag Laws. While the desire to do something to prevent mass shootings is admirable, these laws are certain to do more harm than good.

First and foremost, let’s call these laws what they are. These are not “Red Flag Laws” or “Extreme Risk Protection Orders” (ERPOs), they would more accurately be called “firearm seizure laws.” The idea behind these laws is to take firearms out of the hands of people who might present some form of danger to themselves or others.

Seventeen states and Washington D.C. have already passed these laws in one form or another. And they are already being put to use. For example, Florida has reportedly confiscated firearms from 2,000 residents and issued a significant number of ERPOs against children.

These laws, however, are incredibly problematic.

The first problem is that the orders lack necessary due process protections. They authorize the government to take, at gunpoint, a citizen’s natural and fundamental right to defend himself or herself, and to defend his or her family and property. This is a right, mind you, specifically reserved to the people by the Framers of our Bill of Rights.

In his defense of Red Flag laws, French rightly concludes that almost all current gun control laws are ineffective. We have no evidence that firearm seizure orders would be effective either—a point French conceded. Still, his justification was this:

If properly drafted, such laws do, however, provide the public with a vital tool that can cover the gaps left between a healthy criminal-prosecution regime and a woefully inadequate mental-health-adjudication process.

But let’s make sure the medicine we prescribe actually fits the sickness. If the problem really is the “woefully inadequate mental-health-adjudication process,” why not focus on solving that problem, rather than giving the government license to deprive citizens of their natural and fundamental rights without due process? Americans should not be left defenseless and without due process.

A short time later, French wrote about clear and fair criticisms of law enforcement officers. He has also criticized American law enforcement’s willingness to resort too quickly to deadly force. Yet, he appears willing to give those same police a tremendous amount of power to seize private citizens firearms without due process of law.

What happens if officers knock on the wrong door to enforce a firearm seizure order and meet an uncooperative citizen who is being wrongly harassed? What might happen when officers go to enforce a red flag order that was improperly granted because there was such a low standard of evidence required to get the seizure in the first place?

By tossing aside due process, we are likely to put more officers and citizens in harm’s way.

In a September 2018 article, French wrote that believes a “pro-police bias has infected our criminal justice system — including the way juries decide cases.” If it’s true that our criminal justice system has a pro-police bias, would it be wise to endow the police with even more power to break into citizen’s homes and seize firearms? Would it be wise to force potentially violent confrontation with citizens who may have broken no laws? Imagine the potential for wrongful shootings when officers, understandably on edge, are sent to raid homes where they expect a citizen to be armed and possibly mentally unstable or violent.

With a low evidentiary standard and a pro-police bias in the courts, ERPOs are far too easy to get and will certainly be abused. The chances of these laws preventing violence are low, and there is a significant and genuine risk that they will lead to unnecessary violence.

But the concern with Red Flag Laws does not end at the lack of due process.

Recent off-the-cuff remarks illustrated their further potential for abuse. In August 2019, President Trump tweeted: “Would Chris Cuomo be given a Red Flag for his recent rant? Filthy language and a total loss of control. He shouldn’t be allowed to have any weapon. He’s nuts!”

Many of the president’s supporters laughed the tweet off as a joke. Even if it was a joke, it exposed a genuine flaw of Red Flag Laws—they can be easily abused to settle a grudge.

Not to be outdone, former Democratic presidential candidate, Rep. Eric Swalwell, made a similar attack on conservative commentator Ben Shapiro. Swalwell tweeted, “Please tell me this lunatic does not own a gun. Reason 1,578 America needs red flag laws.”

Those two tweets prove exactly why Red Flag Laws should be rejected. They can and will be exploited to settle personal or political scores, by people on both sides of the aisle.

These laws should terrify people of all political persuasions.

When politicians and the government can target and disarm their political opponents, we all lose an important safeguard against tyranny. This is not the Republic our Founders and Framers fought and died for. In fact, it is exactly what they fought against. And we should fight against it as well. When the government creates for itself the means to disarm any member of society—removing your ability to defend yourself—it is engaging in a form of tyranny by violating our natural right to self-defense.

Sure, some states have restrictions on who can seek a firearm seizure order against a person. Some even set statutory limits on how quickly the court must allow the target to defend himself in court. But none of these limitations address the core of the problem with Red Flag Laws. As soon as these laws are passed, we have given the state the mechanism it needs to “legally” disarm citizens. Worse, the laws could easily be amended to weaken the requirements for seeking an order, or further diminishing due process protections.

What is clear is that regardless of those issues, once these laws are on the books, the states will not hesitate to use and abuse them.

If you look to states such as Connecticut and Indiana, which have had similar laws on the books for over a decade, there is one glaring problem. Those states suicide rates by firearms have decreased BUT both states overall suicide rates have increased. So instead of solving the problem of “a woefully inadequate mental-health-adjudication process,” the states have merely pushed their residents from one form of suicide to others. This is no solution.

Red Flag Laws also don’t address the issue of mass shootings. California passed the first form of its Red Flag Law in 2014.  The law failed to prevent the 2015 terrorist shooting in San Bernardino, the Borderline Bar and Grill shooting in Thousand Oaks in 2018, or the Gilroy Garlic Festival shooting earlier this year.

Even if you ignore the legal and political issues with Red Flag Laws, they simply aren’t effective. Red Flag Laws are likely to be actively used against Americans in violation of our natural right to self-defense, our due process rights, or to pursue some sort of political or personal agenda. But the evidence shows they will not make us safer.

Cody J. Wisniewski (@TheWizardofLawz) is an attorney with Mountain States Legal Foundation. He primarily focuses on Second Amendment issues but is happy so long as he is reminding the government of its enumerated powers and constitutional restrictions.

Anyone with a bottle of bleach and working kidneys can make a DIY chemical weapon (ammonium chloride gas). Where are the RFLs for cleaning supplies?