Clinton: “There are women who’d say [to a trans woman], ‘You know what, you’ve never had the kind of life experiences that I’ve had. So I respect who you are, but don’t tell me you’re the same as me’.” 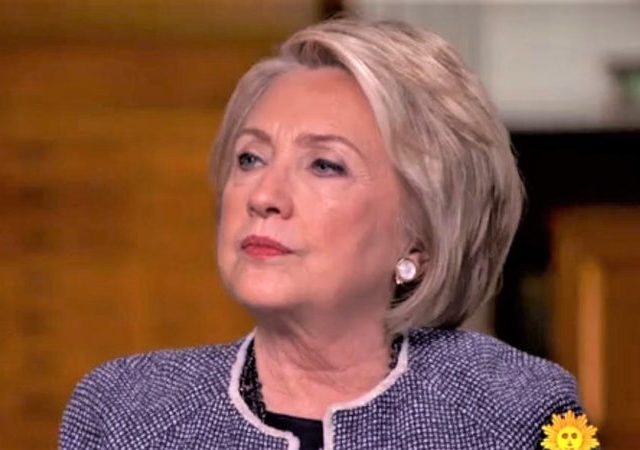 Hillary Clinton has been on the receiving end of some very harsh criticisms in recent weeks from transgender rights activists after statements she made about the movement to the British media on two different occasions.

Her first set of remarks, made to the Sunday Times of London a month ago, were in response to a question from journalist Decca Aitkenhead on whether or not a person with man parts and a beard should be considered a woman if that’s how they identify:

“Errr. I’m just learning about this,” she said. “It’s a very big generational discussion, because this is not something I grew up with or ever saw. It’s going to take a lot more time and effort to understand what it means to be defining yourself differently.”

And while Chelsea, 39, said she supports children being able to play on sports teams that match their gender identity, Hillary, 71, appeared conflicted.

“I think you’ve got to be sensitive to how difficult this is,” Hillary said. “There are women who’d say [to a trans woman], ‘You know what, you’ve never had the kind of life experiences that I’ve had. So I respect who you are, but don’t tell me you’re the same as me.’ I hear that conversation all the time.”

More recently, in an interview with the BBC on Tuesday Clinton told interviewer Mishal Husain women who were born women had “legitimate concerns” about their life experiences and those of men who identify as women being viewed as the same:

‘This is all relatively new. People are still trying to find the language for it, trying to sort it out. I think in the right mindset this can be understood, but it’s going to take some time.’

In the aftermath of Clinton’s comments, trans rights activists told the failed 2016 Democratic presidential nominee that the time is now.

LGBTQ magazine Out.com led the way in criticizing Clinton, accusing her of being in the middle of a “TERF rebrand.”

TERF stands for Trans-Exclusionary Radical Feminist. It’s used as a derogatory term in transgender circles, but it’s actually another name for feminists on the left who oppose certain transgender rights on the basis that they effectively nullify women’s rights.

LGBTQ Nation was similarly unhappy with Clinton’s answers, noting “Clinton did not explain why recognizing transgender people as the gender they identify as takes anything away from (cisgender) women’s lived experience.”

Transgender activists also took to Twitter to express their disappointment with Clinton:

@HillaryClinton’s recent comments during a radio interview legitimizing the unfounded fear that transgender people pose a threat to cisgender women will actually harm transgender people…irl… why not focus on the sexual predator to whom you are married?

Clinton-esque "I don't hate trans people, I just have CONCERNS" takes are exhausting because either trans people can exist safely in the world or we can't. There's no actual way for us to just hover in the Concern Zone while you make up your mind.

Sigh. @HillaryClinton… please find a way to work out your issues and discomfort with transgender people in a way that doesn’t cause further harm. Talk to your daughter @ChelseaClinton. Transgender women are women. Transgender men are men. Non-binary people are non-binary.

Your fearmongering @HillaryClinton makes our lives more dangerous than they already are, so please stop. I urge you to educate yourself on the transgender community before making public statements.

This tweet, on the other hand, summed up things nicely:

Yep. That’s about where we are now.

The outrage from transgender activists is rather telling when you consider that Clinton has been considered an ally of the trans community since she was President Obama’s secretary of state.

It just goes to show you how even liberal women who support LGBTQ causes but who deviate even slightly get ostracized and villainized. Nothing short of total surrender to their demands is acceptable, which is something tennis great and LGBTQ rights pioneer Martina Navratilova learned the hard way earlier this year.

While I agree with much of what Clinton said on the subject, I have very little sympathy for the backlash she’s received. Clinton has spent much of her political life accusing people who disagree with her on feminism and women’s rights of being misogynists and sexists, no matter how legitimate their arguments were. If you stepped one toe out of line, you were the enemy.

In a sense, she’s being hoisted by her own petard on this issue. Couldn’t happen to a more deserving person.

What Hillary Clinton says about anything has already been said, and by someone who does not desperately belong in prison.

It’s amusing—and sad—that she honestly believes anything she says, thinks, or feels about…anything, actually—has any weight at all. She’ll never again be in a position to wield power be over anyone, and the degree of influence extends now only to where she shops and eats.

“Caitlin Jenner is a Russian asset!”

People who are spayed or neutered move from “he” or “she” to “it”. They may look like a “he” or a “she”, but they are an “it”, incapable of sharing sperm or egg in sexual intercourse.

Hillary sold American uranium to the Russians. Does that make her a Russian asset. I think it does.