A Very Happy Thanksgiving From Us at Legal Insurrection

A Very Happy Thanksgiving From Us at Legal Insurrection 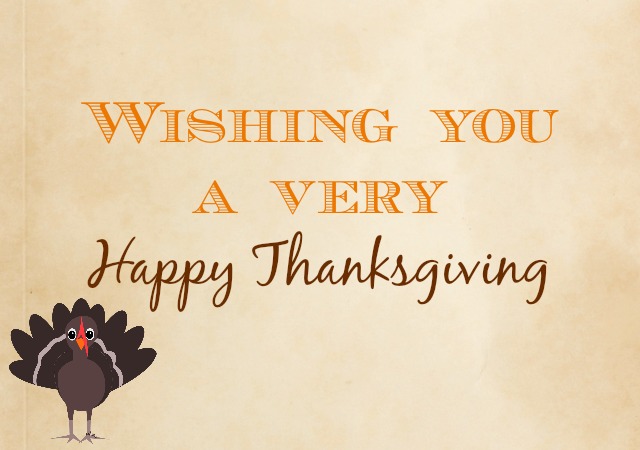 Thanksgiving 2019 is upon us. It’s a day for us to all get along, put aside our differences. It’s a day to remember how lucky we are to live in this country.

We decided to put together what we’re thankful for in 2019. Please share your thoughts in the comments!

I’m thankful for my one-year-old granddaughter, named after my grandmother, and another granddaughter on the way, and for the support of family and friends. There has been much joy and much turmoil this year, but I remain ever-hopeful.

I’m thankful for modern medicine. It’s not easy living with rheumatoid arthritis. Methotrexate and Humira did not do enough. My rheumatologist removed Humira and replaced it with a simple infusion every 8 weeks.

I’m thankful for my job here at Legal Insurrection. Working in news can be depressing, but at the same time, it makes you appreciate America. You hear and see people complaining over the littlest things, but read about people facing real actual oppression. I do not like President Donald Trump, but damn. Give me America and our Constitution over any other country in the world.

But the site would not be a success without you the readers. I am incredibly thankful for all of you guys so much.

I’m also thankful for my co-workers. Kemberlee and I grow closer every day. Please continue to keep her and her family in your prayers. Hopefully, baby Walter can come home soon.

Thanksgiving has always been a special holiday for my family, and this year is no exception. With the then-impending arrival of Kemberlee’s dear son Walter Canon, I spent an “early” Thanksgiving with my dad last week. This week, I am joining my LI family in daily prayer for Walt, for his health and healing and for his wonderful, loving mother Kemberlee, her husband, and their two girls. Even in trying times like this, we can find strength and comfort in prayer and among our family and friends.

I’m also thankful that the Democrats, their media accomplices, and their deep state co-conspirators are not succeeding in their goal–since the night of President Trump’s election–of undoing the 2016 election and of removing a highly effective president from office. And, speaking of 2016, I am still grateful every single day that Hillary Clinton lost to Donald Trump.

And eggnog, I’m thankful for that, too, especially with a bit of the Irish or maybe some cognac. 🙂

Sometimes it’s easy to forget how much we have to be thankful for. Even if you try to keep things in mind, they can escape you from time to time and Thanksgiving is a great time to remind yourself and put things in perspective.

I’m thankful for my life, my family and friends, my faithful dog and for the fact that I was lucky enough to be born in the United States of America.

As much as it is sometimes a struggle to live side by side with those who disagree with us, America is still the best place to live.

Have a safe and happy Thanksgiving!

Sitting on the other side of the Atlantic, we have had a tough year, to put it mildly. Three years of tenuous negotiations failed to deliver the Brexit, plunging Britain into an early election. The southern European countries bear the brunt of Brussels’ open borders policy, with illegal immigrants swarming the Mediterranean Island and shores. The European Union, spearheaded by France and Germany, continues to appease the Iranian regime as it guns down unarmed protesters on the streets. In Jeremy Corbyn, we have a contender to the British prime ministership with a history of siding with leftwing terrorists, jihadis and antisemites.

And yet I believe I have something to be grateful for this Thanksgiving.

This year, I was naturalized as German citizen, something that took me long and hard to decide, 10 years to be precise. I accepted the new citizenship with a sense of gratitude. I am “becoming” a European at a time when European elites and institutions are abandoning the values that once made the West great. I firmly believe that our shared Judeo-Christian civilization is worth fighting for, and worth passing it over to the next generation. I am thankful for the opportunity to fight for this worthy cause while we still have a fighting chance

And as a European, a naturalized German to be precise, I remain forever thankful for the American leadership in the world.

My year started off on a bit of a sour note. I was laid off from a company I had worked for for nearly 18 years. After I gave myself a day to process it, I decided I was going to pursue what I have always wanted to do but was not in a position to do before: Be my own boss by way of freelance writing.

Within two days of being laid off, I put out the word on social media that I was available and willing to write. Within a day writing gigs were falling into place, one of which was courtesy of Professor Jacobson. Here I am 10 months later and I couldn’t be more thankful for the opportunity to work with such an incredible team at LI. For someone like me who is usually never at a loss for words, let’s just say the feeling I have knowing that I’m finally realizing my dream is indescribable.

On a personal note, I am extremely thankful for another holiday season to be able to spend with mom and dad, who are in their 70s and dealing with some health issues. Through them I have learned that each day is a precious, special gift not to be wasted.

I’m thankful for family and friends, and that I’m still here on this earth to enjoy them. I’m thankful that evil hasn’t seemed to triumph so far, but that instead it often sows the seeds of its own destruction. And I wish all of Legal Insurrection’s readers a wonderful Thanksgiving with much to be thankful for.

Happy Thanksgiving to everyone!

Grateful for all LI and LIF do!