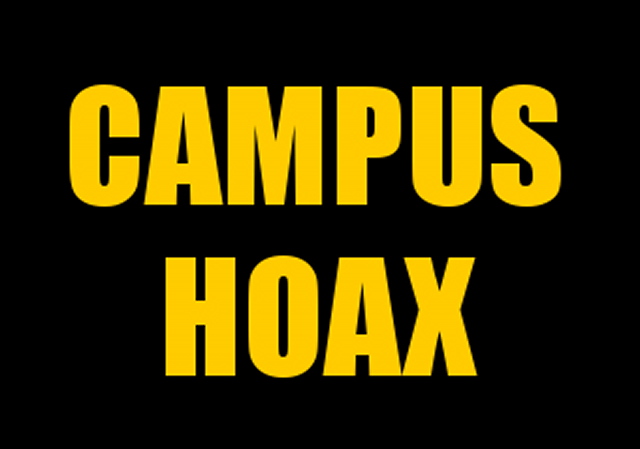 This is so sadly typical. When the posters were found, everyone freaked out. Then it was revealed that they were placed on campus by students of color who were purportedly targeted in the racist posters.

UPDATE (WKOW) — UW-Madison says there are resources for students after racial messages were found overnight.

The University put out a statement Friday morning, further indicating the posters were put up as part of a protest by students of color:

“Early this morning, we became aware of a series of posters placed around campus, including one that used exclusionary language and appeared to be a racist message directed against students of color. This understandably raised concerns about safety and our campus values. We want to be clear that UW–Madison stands against racism and all other forms of hate and any messages of exclusion.

These posters appear now to be part of a coordinated campaign calling attention to experiences of underrepresented students. While we support the right to freedom of expression, we also have policies that prohibit the posting of unauthorized material on campus property. As with any incident like this, we are gathering more information and will be following up as appropriate.

We also want to acknowledge the harmful impact this may have on many students and other members of our campus community. Resources are available to you through University Health Services, DDEEA, the Multicultural Student Center and the Dean of Students Office.

We are here to support our students, faculty and staff and to foster a community that is welcoming for all.”

What do they hope to gain by this kind of thing?

In other words, just another hoax. What a surprise.

You can’t have a revolution unless people are so angry they can’t use their brains if they have any.

Yep, definitely a hoax, and the university is tiptoeing around that label to further empower delusional hoaxers like this.

Jussie Smollett should have the dorm named after him.

The college campus equivalent of spinner rims, loud radios, shout-talking in public places like restaurants, profanity by the ton: “look at me! LOOK AT MEEEE!”