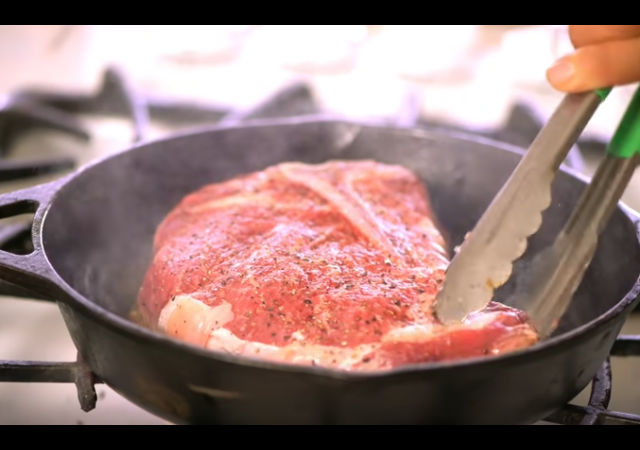 I have often noted that Food Science is clearly the most unsettled science of them all.

Experts have lectured us for years about the need to reduce red and processed meat from our diets. But a new report indicates that they based their advice on bad science.

If there are health benefits from eating less beef and pork, they are small, the researchers concluded. Indeed, the advantages are so faint that they can be discerned only when looking at large populations, the scientists said, and are not sufficient to tell individuals to change their meat-eating habits.

“The certainty of evidence for these risk reductions was low to very low,” said Bradley Johnston, an epidemiologist at Dalhousie University in Canada and leader of the group publishing the new research in the Annals of Internal Medicine.

The new analyses are among the largest such evaluations ever attempted and may influence future dietary recommendations. In many ways, they raise uncomfortable questions about dietary advice and nutritional research, and what sort of standards these studies should be held to.

The article published in the Annals of Internal Medicine by a group of 14 researchers just upended years of nutritional guidance.

Led by Dalhousie University epidemiologist Bradley Johnston, the authors, who hail from seven different countries, focused on the impact of red meat consumption on cancer, cardiovascular disease, and mortality, among other effects, as well as people’s values and preferences regarding red meat.

Based on these studies, their conclusions — summarized in a new Annals clinical guideline — challenge the guidelines from just about every major national and international health group. Just four years ago, the World Health Organization’s International Agency for Research on Cancer (IARC) announced that people should cut back on processed meats if they wanted to avoid certain types of cancer. The American Heart Association and the US government’s dietary guidelines panel have also long suggested curbing our meat consumption for better health.

But the authors of the new studies argue that people can “continue their current consumption of both unprocessed red meat and processed meat,” meaning whatever amount they’re currently eating.

Meanwhile, a leading nutritionist has warned an “unintended consequence” of vegan diets is that they could make future generations less intelligent.

Writing in the journal BMJ Nutrition, Prevention & Health, Dr Emma Derbyshire said that while plant-based diets have many benefits, they are low in choline – a dietary nutrient that is critical to brain development.

The nutrient, which can be found in meat, fish, eggs and dairy products, is particularly important for pregnant women because it contributes to the healthy growth of a baby’s brain.

Given the antics of progressives who push vegan diets, I am not surprised there is a correlation between plant-only diets and stupidity.

One of my friends recently went on a vegan diet for six months and gave it up because he was regularly getting sick. The illnesses stopped when I convinced him to go back to meat, over some juicy burgers and craft beer.

In recent years, Newton was a pescatarian, that is, a person who eats mostly plant foods but includes a lot of fish and seafood to get needed protein and nutrients. Earlier this year, however, Newton went full vegan.

Since then, he’s played terribly, and now he’s injured and sitting on the sidelines. Meanwhile, his backup, Kyle Allen, delivered a stellar performance last week in Newton’s absence, creating an unexpected quarterback controversy in Charlotte.

So, as of now, I am going with the version of “settled science” that confirms I can have my juicy steak.

I happen to know a thing or two about bears.

Maybe it looks violent. But they were just talking.

I hunted Sitka Blacktail deer on Uganik island. Whicb is a satellite island to Kodiak. You have to wonder about the size of the bear that can destroy another bear that scales nearly a thousand pounds.

That was our best estimate. Based on the scattered parts.

my uncle took me brown bear(not kodiak) hunting when was a teenager–told me to bring the biggest gun that could shoot ACCURATELY–had a .375 and a .458 at the time and thought could surely bring down an alaskan brownie with a .375–lord
the damned things take a lot of killing and,being apex predators in their home environment, they damn sure aren’t afraid of humans–definitely the most dangerous thing on four legs have ever hunted–alaska, though, is simply breathtaking

Texansamurai, when I went elephant hunting in Zimbabwe a decade back I used a CZ55O in .416 Rigby. Because stopping rifles start at forty caliber and four hundred grains.

But using that much on a regular basis will eventually rattle your retinas loose.

There used to be a saying in India, back when you could hunt in India, that if you go out hunting rabbits be prepared for tigers.

What I learned hunting in Alaska if that if you stay out of the bear’s way the bear will not generally give you any problems. They will take your deer away from you if they find out about. Just go kill another deer.

My deer rifle when I hunt Alaska is a .338 Winchester Magnum. Just in case. Because Bears are very much like people. Some bears don’t have nice personalities. Often it’s because some fool with a firearm harmed them.

“…If you have to shoot a bear, be sure you shoot to kill – wounded bears are potentially more dangerous than healthy bears. Also be very careful of what lies beyond your intended target – stray bullets can travel over a mile and still be deadly.”

Bears are really OK. I used to be a lot more afraid of moose.
what I used to be more afraid than wild animals were the criminal I’d run across in the Cleveland National Forest when I was stationed in Sandy Eggo, down by the border with Mexico.

It’s why my deer rifle was an M1A.

The nice thing was the local, state, and federal law enforcement types weren’t too strict about the law. Because while it was legal for me to hunt with an M1A. Technically it was illegal for me to possess anything more than a five round magazine;

I invested in the finest in the way of German optics.

Not for finding deer. But so I could spot people as far away as possible and stay away from them.

have always liked zeiss–still have a starlight scope(the improved, somewhat lighter version) along with a few others

if ever go bear hunting again will definitely go with open sights–have always shot with both eyes open using pistols/shotguns, etc. so don’t have to shift gears for depth perception/tracking necessary with a scoped weapon

regards the bear–he sustained two upper body hits from my .375–missed with the second shot as he was charging–then four from my .45 at about 30 metres(as he rushed us) before my uncle decided to ” get involved “–my uncle was carrying some brit .505 double-a percy,pearson,preston,whatever–took both barrels from him to stop the mother–let me tell you, was fvcking wide awake by then–had my uncle not been along, would have been down to the three rounds remaining in my .45 and the kbar in my left hand

was definitely a hair-raising experience