“She seems content and not depressed. It’s hard for us to see how that can be, but it is.” 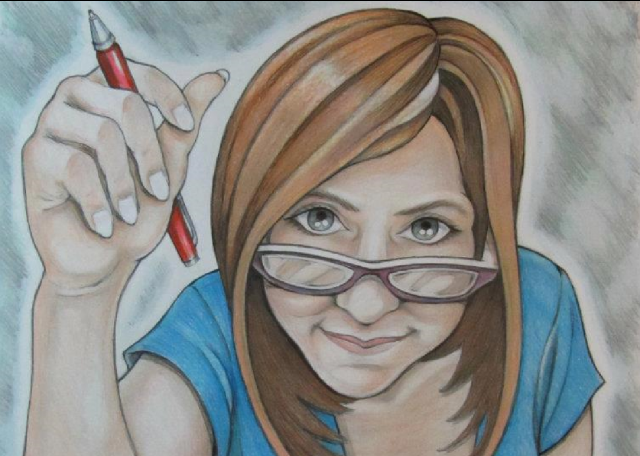 It has now been 5 years since our Editor Mandy Nagy suffered a catastrophic stroke at the young age of 45.

On Sunday, September 7, 2014, I received an email from Mandy’s mom, Ginny, directed to the “contact” email address:

I hope this email is directed to you and not Mandy. I am Mandy’s mother. Mandy is in the hospital. She had a stroke early Saturday morning. She is unable to speak and cannot move the right side of her body. If you would like to contact me, I can be reached at: xxxxxxxxxxxx. I am also going to go to her home and look on her computer to see if I can find your contact information.

The outpouring of love and help for Mandy was amazing, including a now-closed fundraiser, and we were hopeful that she would return in some capacity, even if limited:

Our beloved Mandy Nagy, also known as Liberty Chick, had a stroke yesterday and brain surgery to relieve the pressure today.

I am in touch with Mandy’s mom, who approved me letting people know via Legal Insurrection. Before surgery, Mandy also was able to nod approval with a small smile, her mom tells me.

Mandy has been writing for Legal Insurrection since March 2013, and started the Morning Insurrection newsletter for us a little over a month ago.

We’re praying for Mandy, and keeping her seat at Legal Insurrection warm awaiting her return, however long it takes.

But it was not to be. The damage was too severe.

In early October 2014, I posted this update:

My wife and I saw Mandy at the rehab facility today. She was very alert. She seemed to understand everything we said, nodded, occasionally said “yeah.” Shook her head a lot in response to questions. She indicated she was aware of the fundraiser, but didn’t remember me visiting her in the hospital or reading her reader comments, so I did that again. I told her that she always had a place at Legal Insurrection, and she smiled, but that if she only could type with her left hand, we’d have to get her a job at Mother Jones — to which she laughed really hard.

It’s pretty clear that rehab progress will be measured in weeks, not days like when she was in the hospital after the initial stroke. So we’ll probably update this post weekly from now on. When we update, we’ll alert people by posting this at the top of the homepage and sending out a tweet. We’ll also send it out in the Morning Insurrection newsletter.

We have continued to follow Mandy’s progress, and to report about her condition to the many readers who care deeply about her:

I have received another update from Mandy’s mom:

Thank you for thinking of Mandy each year. Mandy’s condition remains pretty much the same except that her ability to walk is decreasing.

Since her right side is paralyzed, with some feeling in that leg, she needs more support than previously to walk. Despite our efforts to get her up and exercising, she now depends on her wheelchair more often than before. I used to be able to transport her from her place to mine using a cane. But now she needs to use her chair and I need another person to help with getting her up a few steps whereas before I could get her up the steps by myself.

However, she seems to be a bit sharper in her thinking. Although she still cannot talk, except for a few words, she is now remembering some small things that she hadn’t before. For instance, she remembered it is her brother’s birthday. Normally that’s not something she thinks about or would remember. I was surprised. She seems content and not depressed. It’s hard for us to see how that can be, but it is. She listens to music on her IPad and watches HGTV much of the day. A home health aide comes every day to take care of her and I fill in on Sundays and holidays.

Again, it is kind of you to remember her. I hope you and your family are well.

P.S. I saw your interview on FOX a while ago. I think it was with Tucker Carlson.

I’ll always remember the Mandy I wrote about when she joined us “officially” in June, 2013, Welcoming Mandy Nagy to Legal Insurrection:

For many years Mandy has been at the forefront of breaking stories about connections between and among left-wing groups, working with Andrew Breitbart and others.

In late March, I asked Mandy to help with some research projects related to the Illinois-02 special election, and then the #OpIsrael hacking and the Boston Marathon bombing.  It was something of a “soft opening,” but over time Mandy has taken on more and more responsibilities here, and now is a daily contributor.  So I think the “soft opening” deserves a formal Welcome so readers can learn more about her.

We could use her now.

Readers often ask me to pass on messages to Mandy and her family. I think the best way is for you to post any messages in the comments, and I’ll make sure Mandy’s mom sees them.

I knew Mandy through my son. We had many conversations about life and the stupid things people do in relationships and was so looking forward to her joining LI and continuing the fight for liberty but it was not to be. If I ever win the lottery she will get a sizable chunk to make her life more comfortable. God Bless her, I miss her so much.

Professor Jacobson and LI, you have my never ending respect and support for your caring for and respecting Mandy, and she would be proud of the work you are doing.

It’s hard to believe that it has been five years. I sit here at my desk thinking about how much I enjoyed her writing and spunk, I am crying. My prayers for her with be extra hopeful today. God Bless Mandy and her family.

Professor Jacobson, thank you for always letting us know how Mandy is doing. She is so missed! I’m very happy to hear she is content. My heart goes out to her and her mother. God bless you all!

Sometimes I wonder if it’s good for us (health wise) to be on our screens so much of the time but the more you are into research the more you just have to be. Mandy is so lucky for the family and friends that she has, and may God bless her always.