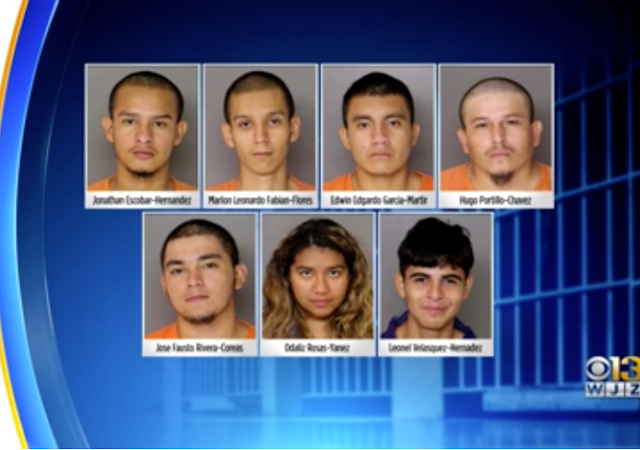 Baltimore County police arrested seven men this month in connection to the murder of a 21-year-old man in July.

ICE confirmed today that six of the seven belong to the notorious brutal MS-13 gang.

Of the six, five are Salvadoran and one is Mexican. All of them are in the country illegally, ICE spokeswoman Kate Pote said in an email. All six are identified in ICE gang databases as members of MS-13. After their arrests, ICE placed detainers on them.

The Baltimore Sun reported the MS-13 members allegedly stalked Cuellar from a laundromat in July. They stabbed him to death with one member used “a machete-style knife” by his apartment.

As a Maryland teacher, I know that MS is in our schools.

Republicans do a good job of keeping the funding for MS-13 up.

Drug Prohibition is socialism for criminals. Says Milton Friedman. Besides we learned that from Alcohol Prohibition.