Judge Rules Some Claims Can Stand Against U. Rochester Over Alleged Handling of Complaints Against Professor

Judge Rules Some Claims Can Stand Against U. Rochester Over Alleged Handling of Complaints Against Professor 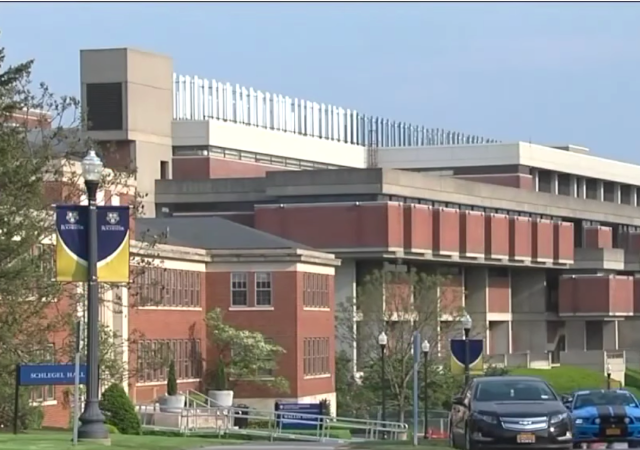 Judge Lawrence Vilardo ruled that some of the claims against the University of Rochester can move forward, but dismissed the others. These people filed the claims over the school’s “alleged handling of complaints against a professor.”

The lawsuit stems from the university’s alleged handling of misconduct claims against Dr. Florian Jaeger.

In September 2017, eleven students and faculty members accused Dr. Jaeger of stalking, pressuring students to share drugs and have sex and creating a hostile environment.

An independent investigation was launched by former U.S. Attorney Mary Jo White and her law firm Debevoise & Plimpton LLP, which found Jaeger’s behavior was “at times inappropriate, unprofessional and offensive, and may have been harmful to some students,” but the behavior was not unlawful.

Jaeger was placed on leave during the investigation but has since returned to teach at the Brain and Cognitive Sciences Department.

In December 2017, a group of plaintiffs filed a lawsuit against the university, claiming it had violated Title IX, defamed them and was in breach of contract. They also alleged the university took retaliatory actions against them.

In many of the claims, Judge Villardo ruled the plaintiff had established reason for them to survive the defendant’s motion to dismiss, while others were thrown out. The plaintiffs were ordered to submit an amended complaint.