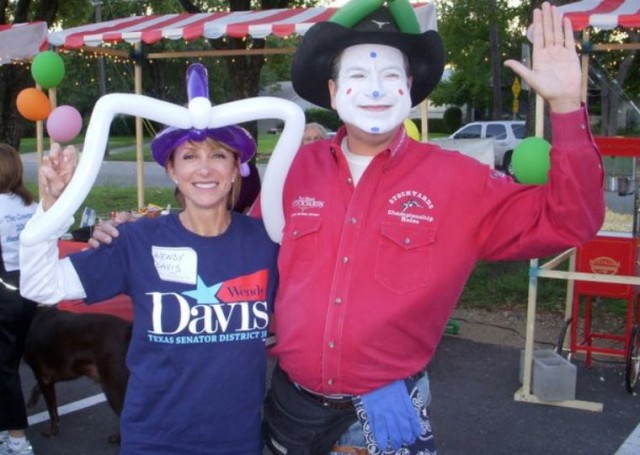 Former Texas state senator Wendy Davis has continued her campaign to remain relevant. She announced on Monday her candidacy for the U.S. House of Representatives and challenge Republican Rep. Chip Roy.

Davis shot into the national limelight a few years ago when she filibustered for 13 hours against a pro-life measure in the Texas senate. She tried to capitalize on this fame in a run for Texas governor but ultimately failed.

Davis released a video to promote her bid for Congress. It has the usual rhetoric in a candidate’s announcement video. Davis had a troubled childhood filled with poverty, raised by a single mother, and became a young single mother to her first daughter. Despite this, she worked her way to attend Texas Christian University and Harvard Law School.

However, as The Houston Chronicle pointed out, Davis used the same information that caused problems during her gubernatorial campaign. In 2014, during the race, “many news outlets reported on certain inaccuracies — such as her age when she first divorced and how she paid for law school — in the details of her retellings that was prime bait for her opponents on the right.”

Those problems could explain why while Davis mentioned her childhood, she made “her ability to bring people together” the focal point of the video:

“All of those things brought me here,” Davis said in the video, which was interspliced with clips from her filibuster speech and other appearances in public and on television since. “But is life really about our circumstances and what we make of them or is it about the people we touch along the way and the courage we gain from each other?”

While Davis failed in the governor race, she may succeed in her attempt to oust Roy if she wins the primary. The Texas 21st District encompasses “the south and southwest aides” of Austin and into “San Antonio’s northern neighborhoods” among other parts.

Before Davis can get to Roy, she must win the Democratic primary:

Davis isn’t alone in seeking to challenge Roy. Llano County Democratic Chairwoman Jennie Lou Leeder and educator Bruce Boville are among Democratic candidates who have filed Federal Election Commission finance reports. But there is little doubt that Davis will have the backing of important state and national Democrats. On Tuesday, nearly every member of House Democratic leadership and nine members of the Texas delegation will host a reception in Washington, D.C. for the newly announced candidate.

If she wins, it’ll be the Republicans’ own fault. They’re the ones who put S. Austin into a formerly untouchable district.