The outrage news cycle is following a familiar pattern. 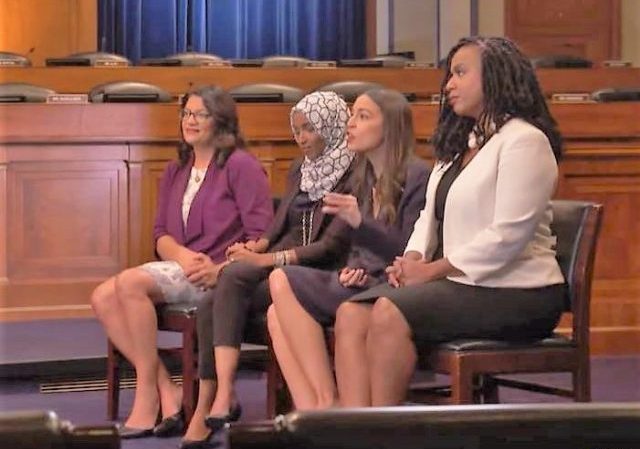 I was in D.C. speaking at the DOJ Summit on Combatting Anti-Semitism when the latest outrage news cycle took place … in D.C.

But I hardly knew it, I had other things on my mind.

Like getting a selfie in front of the White House. 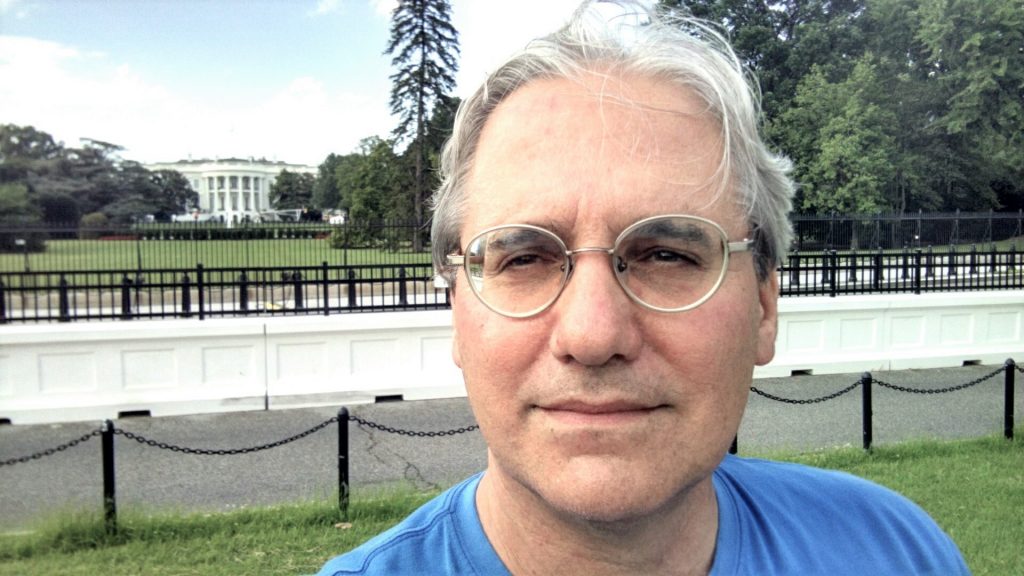 I’ve only been in D.C. about a half dozen times in my life, and I have to say, standing with the White House behind me and the Washington Monument in the distance in front of me, still was moving.

As was walking and seeing the dome of the U.S. Capitol in the distance. 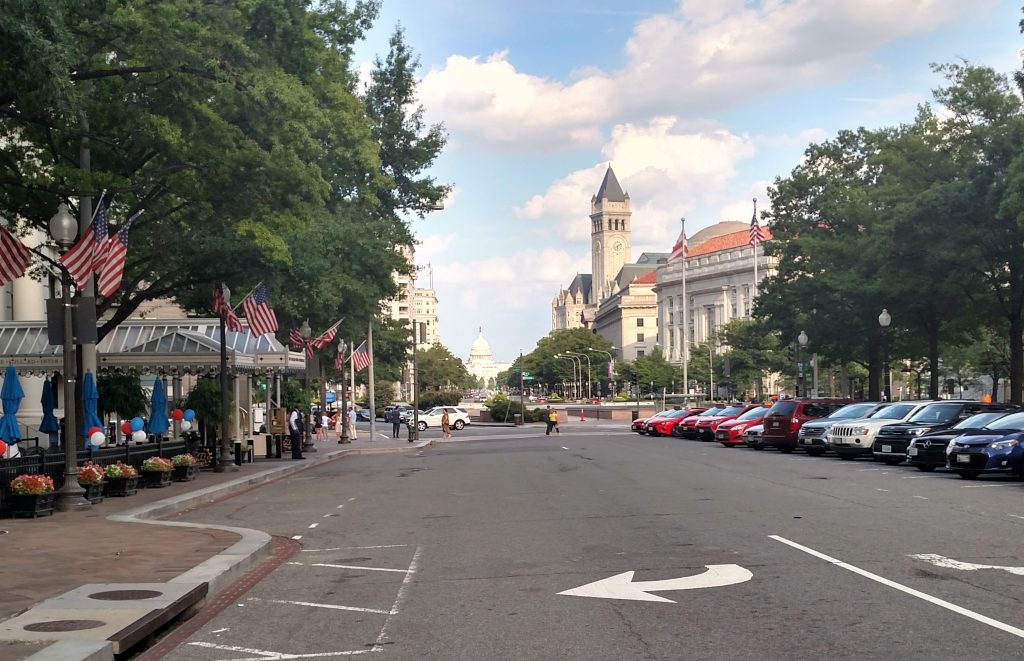 I’ll always be a tourist in D.C., someone just passing through, in awe of the majesty of the monuments and national landmarks.

So I mostly ignored the outrage cycle over Trump’s tweets about “The Squad” – Reps. Alexandria Ocasio-Cortez, Ilhan Omar, Rashida Tlaib, and Ayanna Pressly.

It all followed a familiar pattern: Trump says something outrageous, he’s accused of being racist (or a Russian spy), some Republicans declare he made a politically fatal error, he punches back some more, and a few days later the media is lamenting that Trump won the fight and is looking like a tactical genius. I don’t think it’s genius, more a gut sense.

The Squad hold loathsome views — AOC compares our struggle to deal with the humanitarian crisis at the border to the Nazis rounding up Jews into concentration camps, while voting against funding to take care of the very same people; Omar is a dyed-in-the-wool anti-Semite who plays victim when called out, but succeeds in normalizing her hate; Tlaib lied about her support for BDS to gain money from liberal J Street, and cries racism when people criticize her anti-Israel agenda; Pressley made an incredibly racist statement in response to Trump that she has no need for brown and black people who don’t hold brown and black views.

The Squad also uniformly are extreme leftists even by Democrat standards.

Senator John Kennedy summed what a lot of people are thinking about how Democrats have been boxed in:

The emerging wisdom is that Trump is winning.

2/ "The president won this one," said House Dem 1 of the Trump v Squad (AOC, Tlaib, Omar & Pressley) showdown. "What the president has done is politically brilliant. Pelosi was trying to marginalize these folks and the president has now identified the entire party with them."

So let’s have a reader poll.

Who is winning the Trump v. The Squad feud?

We tell former concentration camp guards who sneak into America (who knows, some may have claimed to be married to their brother or sister, like omar) to go back to where they came from. In fact, we heartily send them packing.

Omar and her gang are as great a threat to Jewish people living in America as any concentration camp guard, or any neo-Nazi heading any neo-Nazi group.

Close the Fed sez that the two parties in each state have closed the ballot to all other parties. It’s actually worse in California. Once they instituted the “jungle primary” system, where only the top two vote getters appear on the ballot at general election time, a California voter can now vote for Democrat 1 or Democrat 2. Sort of a dumb and dumber choice–but that’s what’s on offer.

Thank you Comanche. I had forgotten about that. We actually had a prominent Ga. GOP voter advocate that at one of our GOP district conventions a couple of years ago, and I stood up and made the point that the method had boxed the GOP out of California.

Very good point. It can get worse.

I actually like the NY State system of multiple parties with cross endorsement allowed. In some states no cross endorsement is permitted- you get one ballot line, which for the most part dooms 3rd parties entirely.

I generally vote a straight Republican ticket. Using the Conservative line on the ballot. And I encourage others to do the same.

As a New Yorker, it is one of the few redeeming features ofliving here. The ability to have a 2nd party endorsement on the ballot line is an opportunity to get through the election cycle.

Trump is losing because he allows them to set the debate topics.
He should simply ask: “So, do you have a written legislation proposal. I’d like to see it.”

The launch of a “republican” political challenger in NY-14 to challenge Alexandria Ocasio-Cortez, Sherie Murray, follows a very familiar political ploy…. A fake candidate intended to protect AOC in 2020. In June of 2018 Sherie Murray was an avid AOC supporter…..”