To gain linguistic and ultimately ideological supremacy, the left is constantly attempting to alter speech in ways both small and large. 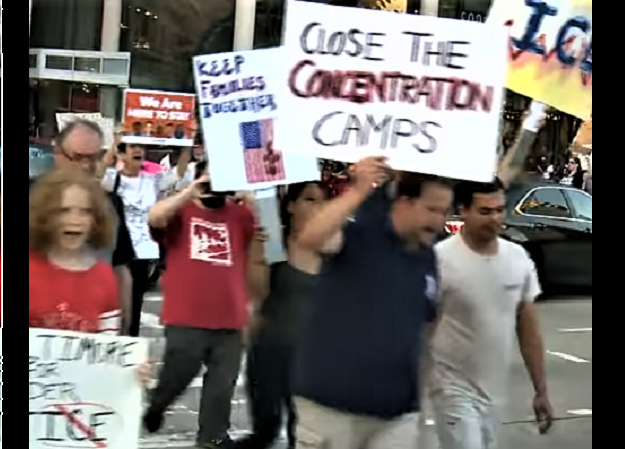 The left recognized early on that changes in language are not superficial, and it became a big tool of theirs.

“Moving the Overton Window” is another name for the goal of the process, which is to change public perceptions of what is acceptable and what is radical. There are many ways the left accomplishes this, but a highly important one is through language.

I want to highlight the observations in this recent comment at my blog:

One fundamental principle – identified and exploited by both Goebbels’ Propagandaministerium and the KGB in Soviet Russia – is that endless repetition of a slogan infallibly modifies most people’s perception and reaction.

. . . . [E]verybody who comes from the left…knows that dissent means expulsion; so, any leftist develops a special ear capable of recognizing a new dogma: in articles and speeches given by the cool people in the cool places, a term begins to be used as if it were an indisputable evidence and those who “incredibly” refuse to accept it are gradually described as controversial, then conservative and eventually Fascist.

We constantly see this in action.

In the French Revolution, language was used for this purpose when people were instructed to call each other “citizen,” and in the USSR a similar phenomenon occurred (via Wikipedia):

Upon abolishing the titles of nobility in France, and the terms monsieur and madame (literally, “my lord” and “my lady”), the revolutionaries employed the term citoyen for men and citoyenne for women (both meaning “citizen”) to refer to each other…

When the socialist movement gained momentum in the mid-18th century, socialists elsewhere began to look for a similar egalitarian alternative to terms like “Mister”, “Miss”, or “Missus”. In German, the word Kamerad had long been used as an affectionate form of address among people linked by some strong common interest…In English, the first known use of the word “comrade” with this meaning was in 1884 in the socialist magazine Justice.

That’s just about forms of address, but the thing about these words is that they are used constantly in everyday life and are habitual. To change them is to change a great deal.

Some language changes are natural and emerge spontaneously from the people themselves, but some are imposed from above either through suggestion, coercion, or threat of punishment. Think, for example, about Canadian professor Jordan Peterson’s battle over the use of pronouns for transgendered people—he has indicated he would certainly consider using a person’s preferred pronouns but not under coercion or threat of punishment, either by government or by SJWs. As Peterson says in this video: the left is “trying to gain linguistic supremacy in the area of public discourse.”

To gain this linguistic and ultimately ideological supremacy, the left is constantly attempting to alter speech in ways both small and large. The small ways are sometimes even more effective because they can elude whatever radar the right may possess, and the right often adopts these linguistic changes without even realizing what’s occurring.

Orwell devoted a great portion of his masterpiece Nineteen Eighty-Four to this very issue of politically purposeful language change, something he viewed as central to leftist thought. In fact, I believe that his coinage and discussion of Newspeak was the beating heart of his book and a huge, memorable, and especially meaningful part of why it became so widely read and influential.

As Humpty Dumpty said [emphasis mine]:

Humpty Dumpty smiled contemptuously. “Of course you don’t—till I tell you. I meant ‘there’s a nice knock-down argument for you!’?”

“When I use a word,” Humpty Dumpty said, in rather a scornful tone, “it means just what I choose it to mean—neither more nor less.”

“The question is,” said Alice, “whether you can make words mean so many different things.”

“The question is,” said Humpty Dumpty, “which is to be master—that’s all.”

Thus the degradation of the word “socialism”, from its true meaning of total government control of everything to a sort of touchy-feely concept of government as sugar daddy.

I’ve heard people explain ‘socialism’ as meaning ‘being social.’ (They watch the ‘news.’)

During the 2016 election cycle, I got into a discussion of politics with a neighbor lady, with other neighbors present. She was a Hillary supporter and was saying outlandish things. I asked her, “Where do you get your news?”
She replied, “From late night talk shows.”
I replied,”You get your news from comedians?” Everyone laughed at her!

Also, the whole “they” for “him”. So it’s “they” instead of “him” in a sentence when you don’t know the sex of the person doing the doing.

It was good enough for CENTURIES or MILLINEA (sp?) to use “he” “him” for the generic unknown person. I still do it. RBG is nothing to me.

Sorry, the singular “they” has been standard English since the 14th century. Nobody criticized it until the 19th century when some idiot grammarians decided English ought to follow the rules of Latin, and made up rules against anything that would be bad Latin.

Everyone seems to ignore the fact that in Nazi Germany—including within the SS—all the camps were called “Konzentrationslager” (abbreviated KZ), as they still are in Germany today. It is more than a bit of a whitewash to make the neat distinction between Dachau or Buchenwald and Auschwitz or Treblinka: all of them were places for industrialized murder—the difference was the percentage of inmates expected to die soon after arrival. “Vernichtungslager,” (‘Extermination Camp’), while appropriate for the latter sites, only became current terminology recently; I suppose to differentiate the worst of the SS’ efforts from the merely horrible.

While the term “Concentration Camp” was indeed coined during the Boer War for the prison camps of civilians, thanks to the Nazis’ use of the term, after WWII it came to mean a place of deliberate death. To throw around the word today, when ‘Internment Camp’ is meant is an Orwellian attempt to make the United States on a par with Nazi Germany, and at the same time to minimize the genocidal fury leashed upon the Jews of Europe (so that they can not claim the status of victims of persecution). We shouldn’t play the left’s evil game.

I first exposited this concept here over a year ago (https://legalinsurrection.com/2018/04/cuny-national-lawyers-guild-actually-issued-a-statement-on-what-we-mean-when-we-say-fck-the-law/).
Here is a more fully-fleshed out version. (Still verbose, will be pared down in the future as I have an opportunity to improve it.)

Few would deny that we are currently engaged in a war over the direction of culture and society. It is a war fought largely, but not entirely, within an intellectual battlespace.

Within this battlespace, combatants devise arguments (weapons) out of ideas that are crafted into concepts using words. In the intellectual battlespace, strong arguments win over weak arguments and rational arguments prevail over the irrational.

Defining opposing thought as “hate speech” is an example of this tactic. The term is meant to reduce the effectiveness of opposing thoughts by limiting their range in the battlespace (fewer people will be exposed to the ideas because their propagation is discouraged by condemnation) or to drive them (and their proponents – a la Bret Weinstein) from the battlespace altogether (some ideas become so toxic in this mentality that their proponents fear to mention them).

You can dominate the intellectual battlespace if you redefine words and concepts to exclude definitions and ideas that you don’t otherwise have the weapons to overcome.